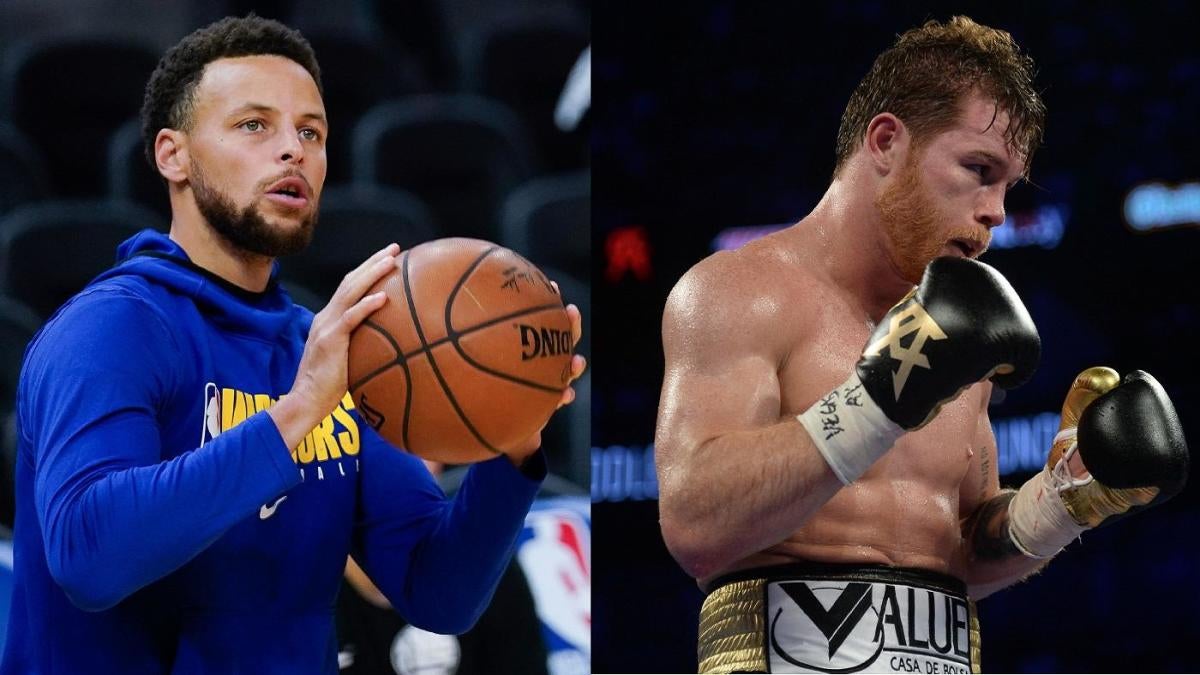 Professional athletes are itching to get back at competing with one another. For proof of this, look no further than Stephen Curry’s decision to get into a fake boxing match with middleweight champ Canelo Álvarez in the middle of a golf course.

The two are taking part in American Century Championship tournament, a celebrity golf competition at the Edgewood Tahoe resort in Lake Tahoe, Nevada. In the middle of a practice round, Curry, who is noticeably taller than his professional boxer opponent, decides to jokingly square up against Canelo. While the setting is far from a real bout, there’s a hint at how this fight would go down were it to happen under sanctioned rules just a few seconds into the video. Canelo throws a hand so quick that it shocks Curry into stumbling a bit. As if that wasn’t enough to show how slow the former NBA MVP was with his hands up, someone off-camera had to remind Curry “Steph…you’re supposed to move, dude.”

As mentioned before, it’s been a while since either athlete competed in a professional capacity. Even though the NBA is planning a 2020 season restart at Disney World at the end of July, the Warriors were not invited to play down in Orlando because of their sub-par record. In other words, Curry hasn’t played pro basketball since at least March.

Canelo, meanwhile, has not fought in a professional capacity since September 2019, when he defeated Sergey Kovalev with an 11th round knockout at the MGM Grand Garden Arena in Las Vegas. He had a fight scheduled in May against Billy Joe Saunders, but that was postponed due to the coronavirus pandemic.