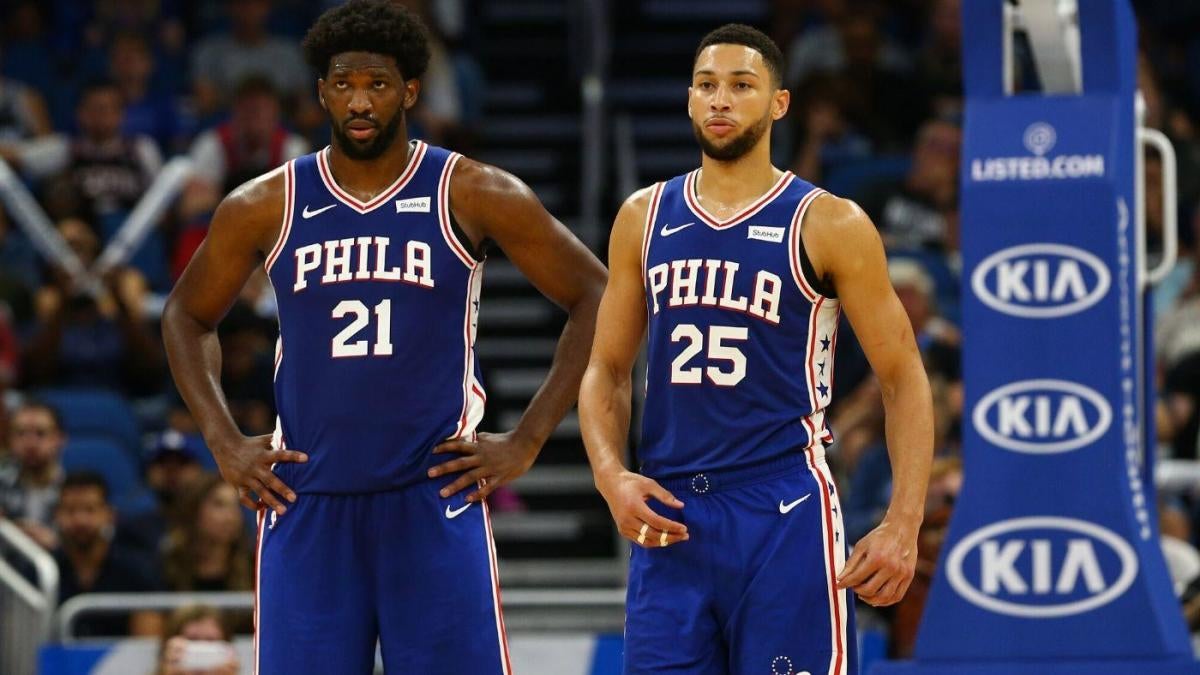 Watch Now: Potential Of More Players Opting Out Of Playing In Orlando (3:28)

The Philadelphia 76ers will enter Orlando in the middle of a tight race for playoff positioning in the Eastern Conference. With eight “seeding” games to play before the postseason gets underway, the Sixers sit sixth in the East with a 39-26 record. They’re 4.5 games behind the Boston Celtics for the third spot and just two games behind the Miami Heat for fourth. The Sixers are tied with the Pacers record-wise, but Indiana currently holds the tiebreaker due to the fact that they won two out of the three meetings between the teams during the regular season.

Thus, the Sixers’ playoff positioning could change significantly depending on how they perform during their seeding games. With that said, let’s take a look at their eight-game seeding slate, and how it could potentially impact their positioning.

This is an important one. If the Sixers win they will eliminate Indiana’s advantage in the head-to-head tiebreaker should the two teams finish the regular season with the same record. The tiebreaker would then be determined by which team has a better record against teams in their conference. If the Sixers win just one more game than the Pacers during the seeding games, they will pass them in the standings and move into fifth in the East.

While the Pacers did best the Sixers twice during the regular season, the Sixers were without superstar center Joel Embiid both times. In Orlando, the Sixers will have Embiid and are expected to be close to fully healthy, while the Pacers will be without All-Star guard Victor Oladipo. Thus the advantage should go to the Sixers.

The Sixers and Spurs squared off just once during the regular season, and the Sixers were victorious. The Sixers are the more talented team on paper, and they should have the advantage in Orlando, as they’re expected to be almost fully healthy, while the Spurs will be without forward LaMarcus Aldridge, as he underwent shoulder surgery in April. The Spurs will miss Aldridge in a major way, as he was the team’s leading rebounder, their leader in blocked shots, and second-leading scorer during the regular season.

With Aldridge out, Embiid should have a field day against San Antonio’s depleted frontcourt as the Sixers star center has a lot of motivation heading into Orlando.

“I have something to prove, and I feel like whenever that opportunity comes, it’s going to be my time,” Embiid said in June. “I felt like before the season got shut down, I was on that path. Especially after that All-Star Game, my mentality completely changed. First part of the season wasn’t up to my standard, not even close. I was on that path of changing it all, go out, and make it happen.”

This is another matchup where the Sixers’ overall team health should give them an advantage. While all members of the Sixers, except Zhaire Smith, will be in Orlando, the Wizards will be without a couple of key contributors. John Wall, who hasn’t played in a game all season due to injury issues, won’t be joining his teammates in Orlando, and neither will sharp-shooting forward Davis Bertans, who opted out of the Orlando bubble. All-Star guard Bradley Beal also won’t be traveling to Orlando due to a lingering right rotator cuff injury. Without several of their top players, the task of beating Philadelphia — and climbing into the eighth and final playoff spot in the East — will be tough for Washington.

This one could be tough for Philadelphia. Not only did the Magic sweep the regular season series against the Sixers 2-0, but they’re also the only team that has any sort of homecourt advantage in Orlando (for obvious reasons). As the eighth seed in the East, every game will be extremely important for the Magic as they will want to hold off the ninth-seeded Wizards. The Magic also have a pair of players in Markelle Fultz and Michael Carter-Williams that would relish an opportunity to get some revenge against their former franchise after the Sixers drafted — and then traded — both players. They might have done so during the regular season, but the Sixers can’t overlook Orlando in this one, because the Magic will be motivated to walk away with a win.

The Sixers and Blazers met just once during the regular season, and the game featured a pretty epic ending as Furkan Korkmaz drilled a three as time expired to give Philadelphia a 129-128 win.

Korkmaz went on to say that the buzzer-beater was the “best day of his life.” Before that though, Philadelphia had dropped three straight games to Portland, as the Sixers struggle to slow the dynamic duo in Portland’s backcourt comprised of Damian Lillard and C.J. McCollum. The two tend to tee off against the Sixers; they combined for 49 points during the lone regular season meeting between the two, and McCollum had an off night. If the Sixers want to secure a win in this one they’ll have to do a better job of containing Lillard and McCollum, or hope that Korkmaz has some more magic up his sleeve.

The only team in Orlando with a lower winning percentage on the season than the Suns is the Washington Wizards. In other words, a Sixers team that is gearing up for what they hope is a deep playoff run should be able to take care of business against an inferior Suns squad. If they can’t, then that won’t necessarily bode well for how they might perform in the postseason. The Suns did best the Sixers during the lone matchup between the two teams this season, but the Sixers were without Embiid for the game. At full strength, the Sixers should be able to vanquish the Suns who have little to play for in Orlando other than experience.

Philadelphia’s two toughest seeding games come at the end of the schedule. To say that the Sixers have struggled with Toronto recently would be an understatement. The Sixers dropped two out of three games to the Raptors during the regular season after being eliminated by them in dramatic fashion in the postseason last year. One main reason for the Raptors’ recent success against the Sixers is that they do an excellent job of limiting Embiid’s effectiveness. They even held him scoreless for the only time in his career earlier this season. If the Sixers want a win in this one, they will need a big game from their big man.

This game will be intriguing because it could be a potential postseason preview. If both teams remain in the position that they’re in heading into Orlando, and both win their first round series, they will then meet up in the Eastern Conference semifinals for the second straight season.

There are not many playoff implications in this one unless the two teams ultimately end up meeting in the Finals. Nonetheless, it’s always entertaining to watch Embiid and Rockets All-Star guard Russell Westbrook go at it, as the two have some serious history. In other words, this one could get a little chippy. The Rockets won the only meeting between the two teams during the regular season thanks largely to a monster 44-point performance from James Harden. Limiting Harden’s output will be a tough task for Philadelphia, but as the last seeding game, this one will be a good barometer of where the Sixers are defensively heading into postseason play.

Overall, the Sixers have the second easiest seeding schedule, which should obviously work in their favor. If they’re able to win a majority of those eight games, they could improve their positioning before the playoffs get underway. The most likely scenario is that they catch — and pass — the short-handed Pacers for the fifth seed. If that does occur and the other seeding throughout the conference holds, the Sixers would wind up playing the Heat in the first round instead of the Celtics.

Depending on how both teams perform early on in Orlando, there’s also a chance that the Sixers could pass the Heat in the standings. But, if the Sixers move into the fourth spot and bump the Heat down to fifth, the two teams would still end up meeting in the first round, just like they did during the 2018 playoffs. That series would have an added level of interest due to Jimmy Butler’s decision to defect from Philadelphia to Miami this past offseason. Given this background, a matchup between the Sixers and Heat would be one of the most intriguing that could potentially happen in Orlando. Though the Sixers could mathematically move all the way up to third in the East, that would take nearly a complete collapse on Boston’s part, which seems unlikely given the fact that they were solid all season.

So, depending on how they perform during their eight seeding games, the Sixers could finish anywhere from fourth to sixth in the East. While the seeding games are a formality for some squads that already have their postseason position locked up, that’s certainly not the case for Philadelphia.