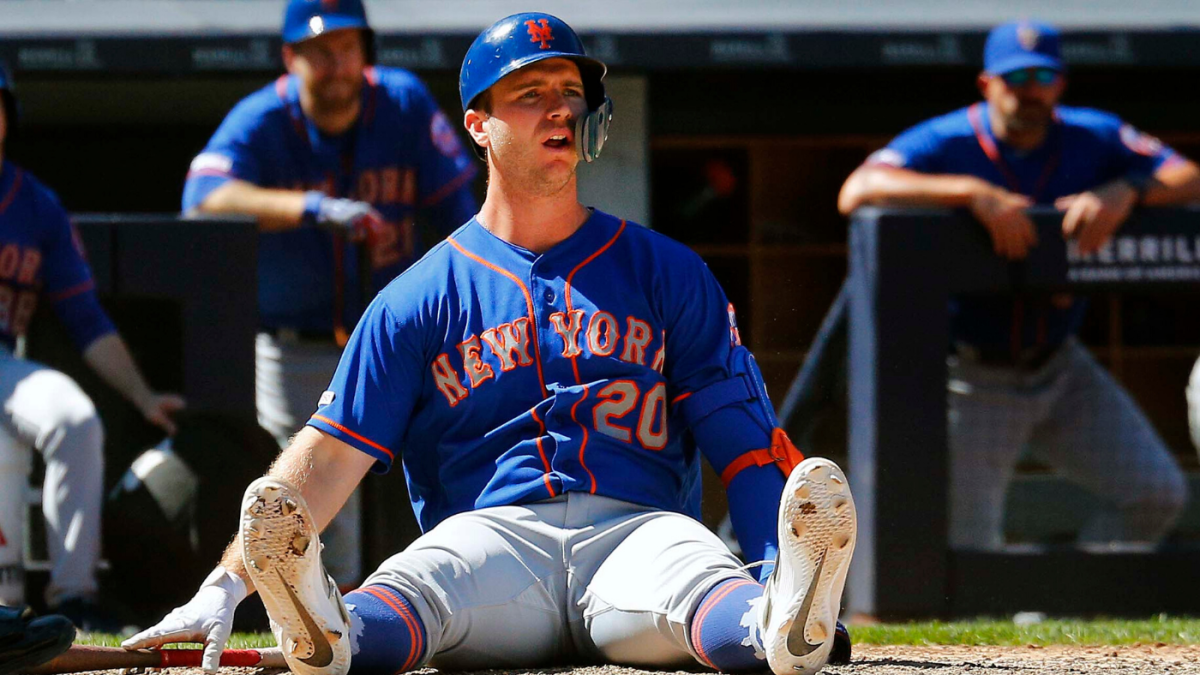 Watch Now: Bowden’s Biggest Takeaway On 2020 MLB Schedule (1:32)
Looking at the prior year’s winning percentages isn’t a perfect method because of roster turnover, but it’s not a bad thumbnail assessment. As for the Cardinals, they have a pretty easy slate based on 2019 winning percentages. The interesting thing about the NL Central is that the division houses four certifiable contenders — the Cubs, Cardinals, Brewers, and Reds — but none of those teams projects for anything like greatness in 2020. Likely, it’s going to be close four-team race with a lot of compression in the standings from wire to wire and final win totals in the low thirties.
Marlins
.477
As you saw up top, the Angels are tied for toughest schedule in MLB based on 2019 winning percentages. Part of it is that — on top of playing one-third of their schedule against the Astros and A’s — they must play the Dodgers six times because of the natural interleague rivalry. That’s 26 games — 43.3 percent of the schedule — against three of the best teams in baseball.

The Yankees open the 2020 season by playing 33 of their first 36 games against teams that were .500 or better in 2019. Suffice it to say, that’s an exacting stretch to begin the year.

Teams will play regional schedules, with 40 games within the division and 20 games against the corresponding regional division in the other league (e.g., NL East vs. AL East, NL Central against AL Central). This lack of divisional “cross-pollination” in the schedule is probably going to lead to some very different degrees of difficulty. Note those 2019 number above — .510 at the challenging end of the continuum and .482 on the other, easier end. Now regard those same two extremes for 2020, based on 2019 winning percentages.
Yes, the Cardinals have a slightly easier schedule than the Reds based on 2019 winning percentages, but that reflects the fact that the Cardinals play the 75-win Reds 10 times while the Reds play the 91-win Cardinals 10 times. Given that the Reds made substantial improvements this past offseason, that divide is a bit misleading.
Dodgers
.534

Orioles
You’ll note above that the Rays’ opponents had an average 2019 winning percentage of .482. They’re the only AL East squadron that makes the list of easy schedules, and that’s in part because they get six interleague games against the Marlins, who lost 105 games last season.

Like the Braves, the Mets are one of four teams in the NL East with legit designs on the division title. They’ll play exactly half of their games against the Braves, Nationals, and Phillies, and they’ll play another six against the crosstown Yankees, who are in the discussion for best team in baseball. In all, the Mets will play 43 of their 60 games against teams that were .500 or better in 2019.

The Braves play in a hotly contested division that features three other likely contenders (the reigning champion Nationals, the Mets, and the Phillies). Also, thanks to a home-and-home against Boston, they’ll play 14 of their 20 interleague games against the Yankees, Rays, and Red Sox (yes, the Red Sox still profile as a quality team despite the cynical trade of Mookie Betts). On top of all that, there’s the fact that the Braves are one of seven teams this season that will play 20 games in 20 days. The Braves will endure this stretch to start the season — they’ll open on July 24 and not get an off day until Aug. 13.

Even though MLB plays an unbalanced schedule — i.e, teams don’t play other teams an equal number of times — you don’t typically don’t see huge disparities in terms of strength of schedule. Last season, for instance, the Marlins had the toughest docket with an opponents’ average winning percentage of .510. Meantime, the Indians and Twins tied for easiest with a mark of .482. That’s a divide, but it’s not of the gaping variety.