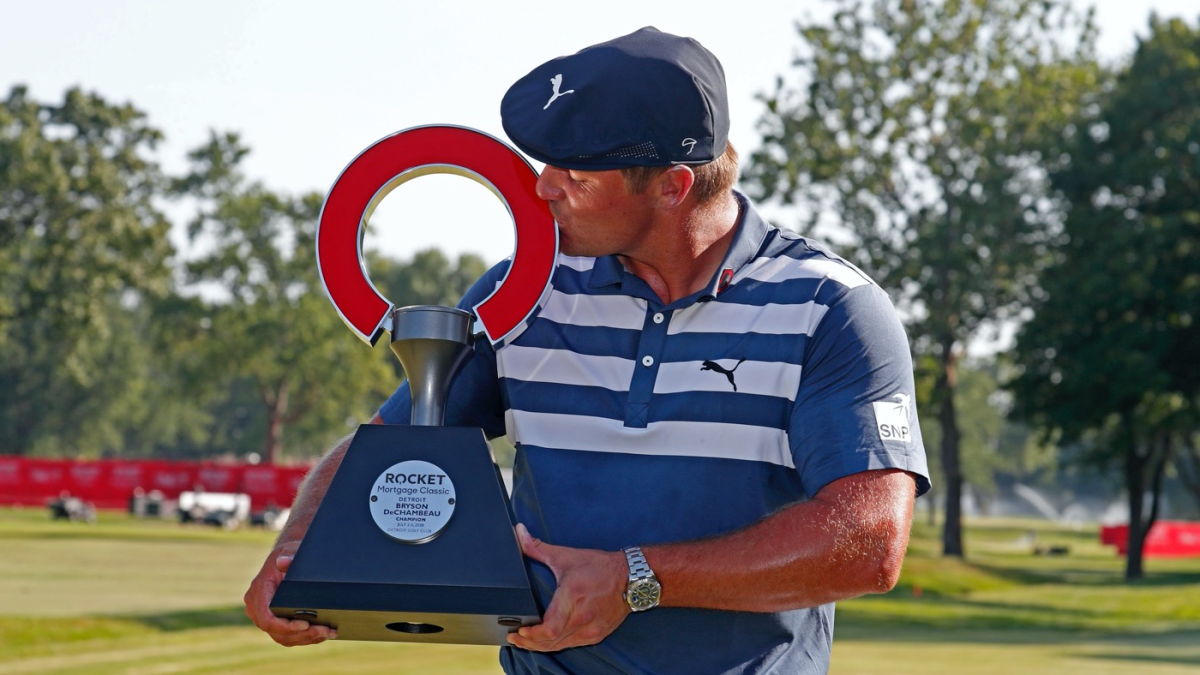 Bryson DeChambeau is the best golfer in the world. How does that sound? Does it sound strange? Apropos? Wrong? It doesn’t really matter how it sounds because right now, it’s true. DeChambeau grabbed his seventh straight top 10 on Sunday at the Rocket Mortgage Classic and won for the sixth time in his PGA Tour career. It moved him to No. 7 in the Official World Golf Rankings, but there’s nobody ahead of him playing better golf at the moment.

As a result, DeChambeau has now moved into second in terms of biggest favorites at the next three major championships, according to William Hill Sportsbook. He’s situated just behind Rory McIlroy at the PGA Championship, U.S. Open and Masters. Here’s a look at the odds for the PGA Championship at Harding Park from Aug. 6-9.

A great indication of how well DeChambeau is playing is the fact that his odds are shorter than Koepka’s even though Koepka just notched a top 10 and has won the last two PGA Championships. DeChambeau, meanwhile, has never finished in the top 10 in a major championship at all.

DeChambeau’s best finish at a PGA Championship came in 2017 when he finished T17 at Quail Hollow and Justin Thomas went on to win. Though there are (and should be) questions about whether his preposterous new-look game off the tee (he averaged 350 yards driving at the Rocket Mortgage Classic) actually works at a major championship, we should also give it some time to play out. His failure to make a top 10 at majors all came before the new length. Surely that will translate in some way to the four biggest events of the season, the only question is whether it will translate well enough to get him major win No. 1.