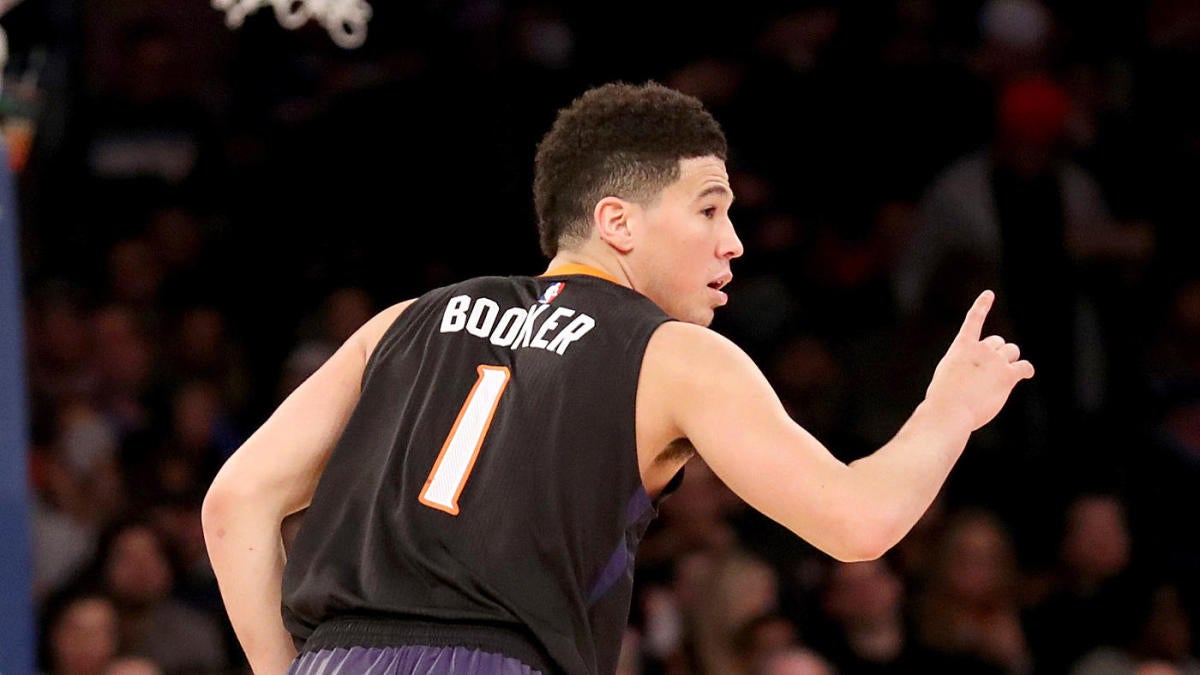 The 2019-20 NBA season is effectively over for the New York Knicks, who are now focusing fully on their future. A big part of it will involve trying to land a star player. One name to watch for is Phoenix Suns All-Star guard Devin Booker, whose connection with Knicks president Leon Rose could make him a prime trade candidate for New York, according to Marc Berman of the New York Post.

Booker was one of Rose’s top clients before the player agent joined the Knicks in March, and he is also close to Knicks adviser William Wesley. From Berman:

However, since Leon Rose was hired as president, the player to watch out for most is Suns combo guard Devin Booker, according to league sources. … Booker and [Karl-Anthony] Towns were Rose clients who played at Kentucky, which means Knicks adviser William Wesley is close to each. Rose has done well with Kentucky standouts because of Wesley.

Booker, 23, made his first All-Star Game in February. Recent rumblings are Booker could get tired of the perennial losing in Phoenix, which is run by a spendthrift owner in Robert Sarver.

Last week, Rose said he’s prepared to beef up the offensively challenged Knicks through “the draft, trades and free agency.”

Booker, who signed a massive five-year extension with the Suns in 2018 with Rose as his agent, is on record saying that he thinks his now-former agent will do an excellent job of building the Knicks back into a perennial contender in the Eastern Conference.

It remains to be seen what the Knicks could potentially even offer the Suns that would entice them to part with their best player, but that’s a conversation for a different day. Ultimately, Rose’s connections to players like Booker was a big part of the reason that he was hired by the Knicks in the first place. Even with his connections, though, Rose knows that vast improvement won’t happen overnight, as he asked Knicks fans for their continued patience after joining the organization.

“Our team has young talent, significant future assets [including seven first-round picks over the next four years] and an ample amount of financial flexibility in the coming years,” Rose said. “Everyone — from ownership to athletes to staff and especially our fans — wants this team to be a winner. We will have all the resources necessary to create a great organization — one that supports our efforts to build a winning culture and gives Knicks fans, and the city of New York, the team you deserve.

“Nothing about this is easy so I ask for your continued patience. What I promise you in return is that I will be honest and forthright. We will develop a plan that makes sense, both to jumpstart our short-term growth and ensure our long-term success. Our team will work hard, stick together and ensure we live up to the honor of wearing the New York Knicks jersey.”

Booker has yet to make the postseason since he was drafted by the Suns in 2015. The Knicks, however, haven’t had much success recently either, so it seems unlikely that Booker would be especially interested in New York if he wanted out of Phoenix due to a lack of team success. Crazier things have happened, and Booker’s relationship with Rose is very real. For that reason he will likely remain on the Knicks’ radar and they will continue to monitor his situation in Phoenix.