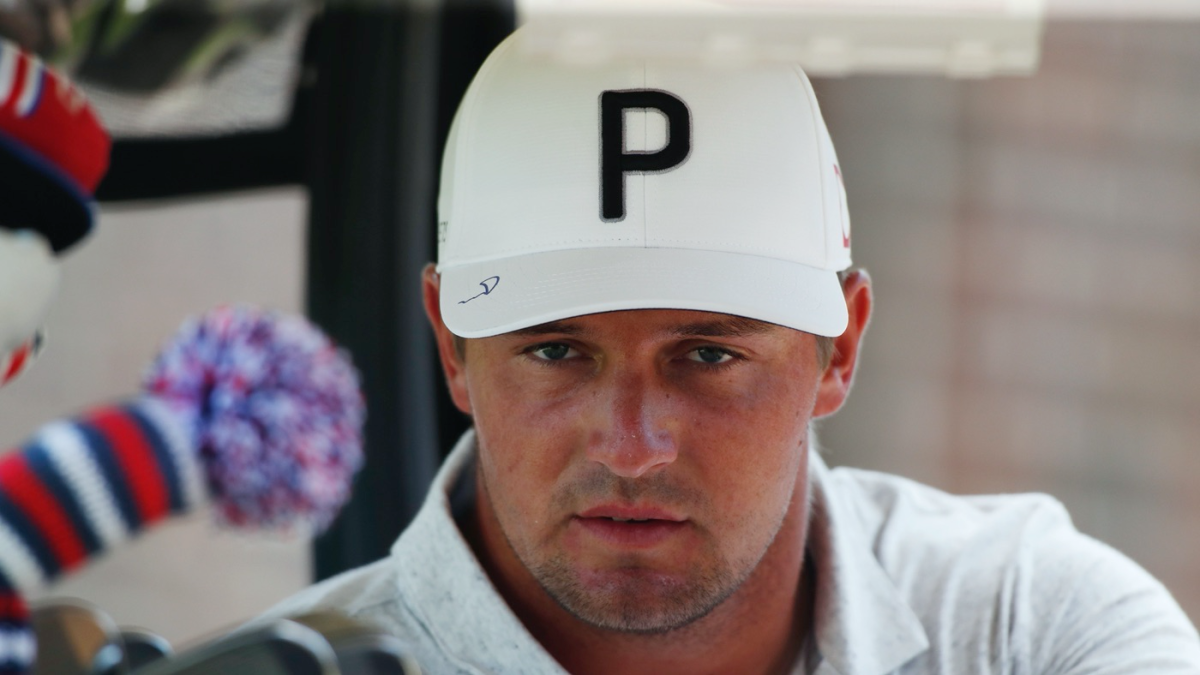 The best player in the world didn’t love the spotlight on Saturday at the Rocket Mortgage Classic, at least when it turned a little darker than he would have liked. Bryson DeChambeau, who is -16 after three rounds and three back of Matthew Wolff’s lead going into the Sunday finale, piped up about a cameraman filming a tantrum he had on the course during his 4-under 68 on Saturday.

“So there was something that happened — I mean, nothing crazy — but I had a cameraman that was filming me after I hit a bad bunker shot and whiffed the sand a little bit, which I shouldn’t have done, that was dumb,” said Bryson.

The incident came early in his round, and though video has yet to surface, Bryson was snapped having a bit of a chat with the cameraman in question on the seventh hole. He apparently took a swipe at the sand and was running pretty hot.

“At the end of the day, he was literally watching me the whole entire way up after getting out of the bunker, walking up next to the green and I just was like, ‘Sir, what is the need to watch me that long?,'” said Bryson. “I mean, I understand that it’s his job to video me, but at the same point, I think we need to start protecting our players out here compared to showing a potential vulnerability and hurting someone’s image.”

Well, this is going nowhere good after that.

“I just don’t think that’s necessarily the right thing to do,” he added. “Not that I was going to do anything bad, it’s just one of those things that I hope he respects my privacy. As much as we’re out here performing, I think it’s necessary that we have our times of privacy as well when things aren’t going our way. I mean, we’re in the spotlight. If somebody else is in the spotlight they wouldn’t want that either. It’s just something about respect I think that’s necessary on that end.”

DeChambeau, who has been in the spotlight all week because of his diet (which is absurd) and his driving (which is maybe even more absurd), does not want to take the good with the bad.

“I feel like when you’re videoing someone and you catch Tiger at a bad time, you show him accidentally doing something, or someone else, they’re just frustrated because they really care about the game,” said Bryson, invoking Tiger Woods’ name and career. “It could really hurt them if they catch you at a potentially vulnerable time.

“We don’t mean anything by it, we just care a lot about the game. For that to damage our brand like that, that’s not cool in the way we act because if you actually meet me in person, I’m not too bad of a dude, I don’t think. So that’s the thing — I hope we can get to the point where everybody understands that we just care a lot about the game, we want to do well, we’re passionate about what we do and we want everybody to enjoy the entertainment. We don’t want negative stuff coming down.”

I’m not even sure where to begin here. I saw people throwing around the “damage our brand” line on social media, and I didn’t think he said those words, but alas, he literally said those words. It’s a tough look for somebody who has so heavily leveraged the camera and the media to, you know, promote his own brand.

Bryson is looking for his first win in 18 months on Sunday at the Detroit Golf Club and is one of the favorites to get it. He tees off second to last with Troy Merritt at 1:55 p.m. Sunday’s finale was already going to be exciting, but on Saturday evening, he assured us all that it would be must-see TV throughout the afternoon.