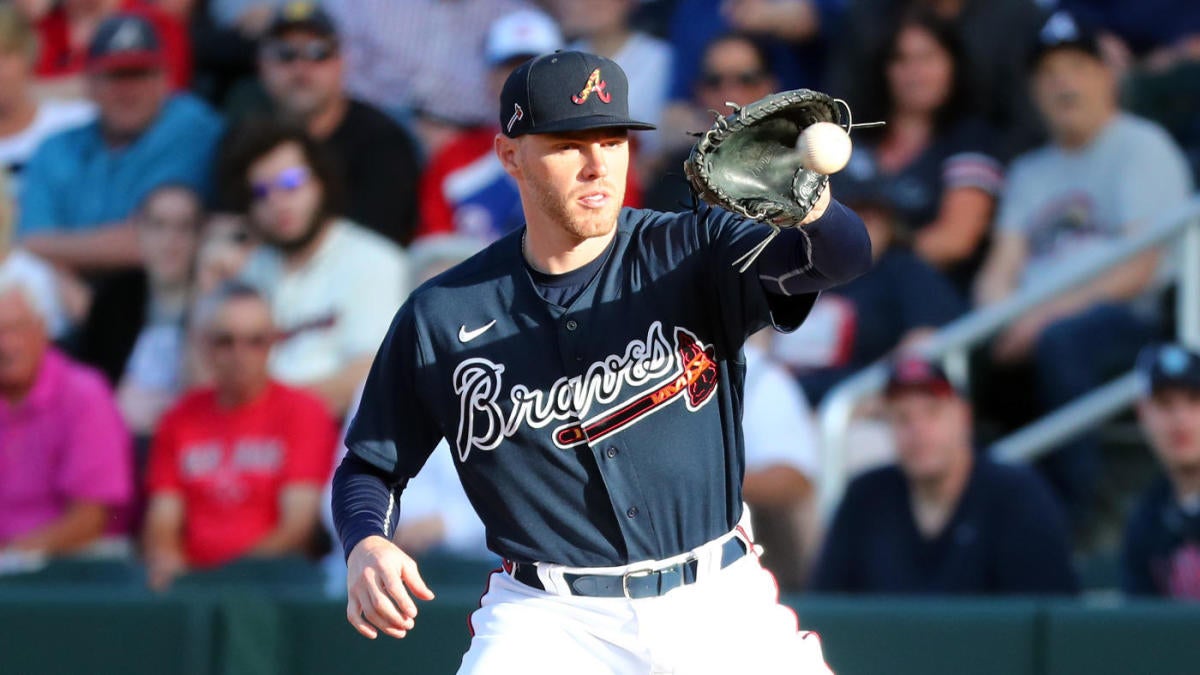 Watch Now: Strongest Pick To Win NL Division (1:09)
Snitker confirmed three other Braves also tested positive for COVID-19: Pete Kozma, Touki Toussaint and Will Smith. Toussaint and Smith are asymptomatic, according to Snitker. Kozma has symptoms and is not with the MLB team. He is with the club’s satellite player pool at their alternate training site. Snitker did not provide a timetable for their returns.
Braves first base coach Eric Young Sr. has opted out of the 2020 season, Snitker confirmed. Young is a high-risk individual. “It weighed on him quite a bit. We’ll miss him dearly,” Snitker said.
Freeman tested negative for COVID-19 on Monday and Tuesday as part of the summer camp intake testing, according to Snitker. He developed symptoms soon thereafter and was tested again, which resulted in the positive test. Summer camp opened Wednesday with each team holding their first official workout either Friday or Saturday.
MLB created a new COVID-19 injured list with no minimum or maximum stay. It can be used not only when a player tests positive, but also when a player shows symptoms or has contact with someone who is confirmed to have COVID-19. A player must meet certain criteria to be activated off the COVID-19 list, including two negative tests at least 24 hours apart.
“He’s running a fever, he has symptoms. He’s not feeling great, as you do when you get this,” Snitker said during a conference call with reporters. “But he’s young and strong. The biggest thing we want him to do is get right and get better”   Should Freeman miss the start of the regular season, the Braves could put Austin Riley at first base (he started three games there last season) or carry veteran non-roster invitee Yonder Alonso on the Opening Day roster. Shane Greene or more likely Mark Melancon would be the likely candidates to step in at closer should Smith miss the start of the season.
Because COVID-19 is classified as a “non-work-related” injury, it is subject to the privacy guidelines in the collective bargaining agreement. That means the team can not announce a player has COVID-19 without his permission. Freeman, Kozma, Toussaint, and Smith obviously gave the Braves permission. If not, Snitker would not have been allowed to discuss their absences.
When the 60-game regular season begins later this month, the Atlanta Braves may be without star first baseman Freddie Freeman. On Saturday manager Brian Snitker told reporters, including The Athletic’s Dave O’Brien, that Freeman has contracted COVID-19 and has a fever, and it is “going to be a while” until he can join the team.
MLB announced Friday that 3,185 samples were collected during intake testing this past week and 38 came back positive (31 players and seven non-player personnel). The testing results are not complete — the Athletics and Brewers are still awaiting their final results — but the 1.2 percent positive rate is promising. The NBA had a positive rate over seven percent, for example.