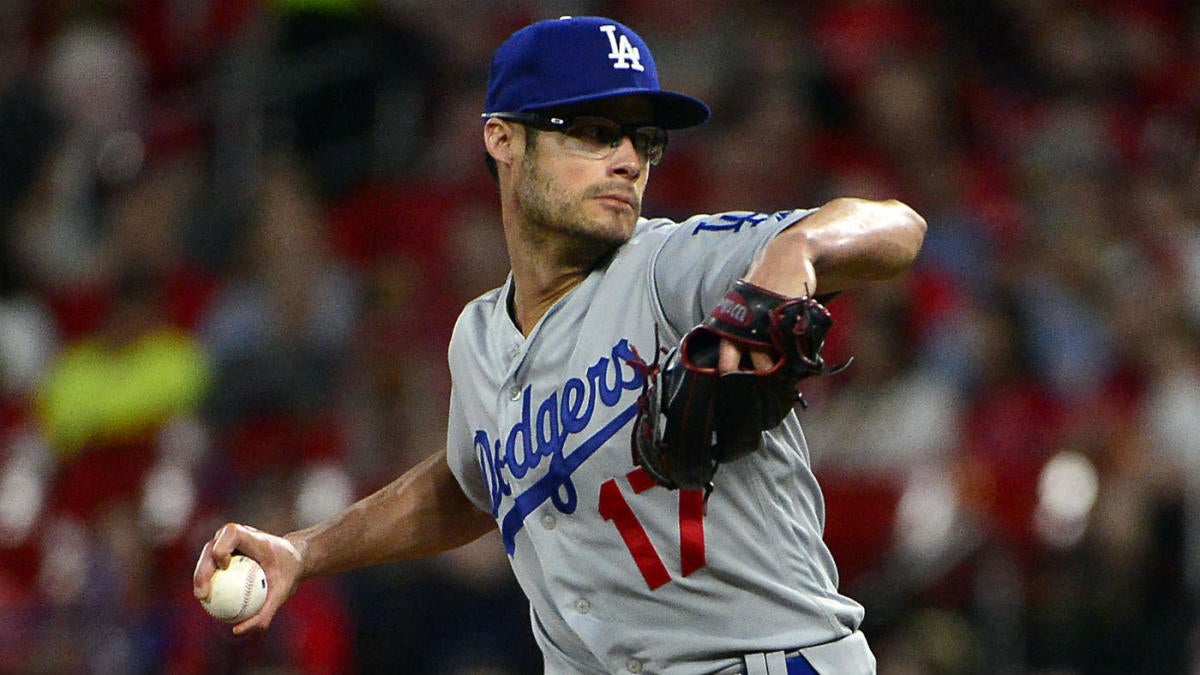 Watch Now: MLB Players Report For Summer Camp (2:30)
“It’s a totally different training session then,” McGuiness said, “because the athlete is teaching themselves, ‘Oh, this is what it’s supposed to feel like. That’s what it’s supposed to look like.'”
McGuiness, convinced that there had to be a better way to impart the lesson, reached out to a friend for help. The friend, who had formerly worked for NASA, helped him work his way through 42 prototypes, including a few that fell apart when thrown at higher velocity. The final version resembles the “lovechild” of a hockey puck and a baseball, and is available in multiple weights.
If the CleanFuego’s ascent continues, and it becomes a core training device, then Joe Kelly and his broken window will live on in baseball circles as the literal embodiment of a big break. McGuiness estimates that the CleanFuego is being used by pitchers in every MLB organization, as well as internationally. A scroll through CleanFuego’s Instagram page supports that assertion. Some of the known proponents include Washington Nationals closer Sean Doolittle, Oakland Athletics left-hander Jesus Luzardo, Minnesota Twins left-hander Devin Smeltzer, and Dodgers prospects Tony Gonsolin and Josiah Gray. Scott Brown, Vanderbilt’s pitching coach, has tweeted about the CleanFuego. The company line on CleanFuego’s appeal is that it provides easy-to-grasp visual feedback on hard-to-explain concepts. A coach can tell their pitcher to throw a low-spin changeup all day and night, but McGuiness believes it’s more effective to hand the pitcher a CleanFuego and say: “Hey, man, I know you got to pronate on this a little bit, use your ring finger as your power finger, and just let this thing roll off so it looks like a UFO.
You might remember the viral video from April that showed Kelly, a reliever with the Los Angeles Dodgers, breaking glass with an errant changeup. It may have been lost on the average viewer that Kelly was not throwing a baseball in the clip; he was throwing a CleanFuego, a new training tool that promises to help pitchers with their spin efficiency. Whether or not fans noticed is unimportant: pitchers did, leading to a spike in CleanFuego sales. “Joe put us on the map and now we’re flying down the mountain,” McGuiness told CBS Sports during an interview.
Every new company is after its big break, that serendipitous moment when the product is imprinted onto consumers’ consciousness. For Mike McGuiness, the CEO of CleanFuego, that moment came earlier in the pandemic, and the break arrived in the form of Joe Kelly’s broken window.
The moment was two years in the making, as McGuiness started to work on the CleanFuego concept after a conversation with his brother. McGuiness’ brother had mentioned how his pitchers were throwing hockey pucks to “dial into spin efficiency and spin direction,” or modern terms that inform a pitch’s movement and, possibly, its effectiveness.