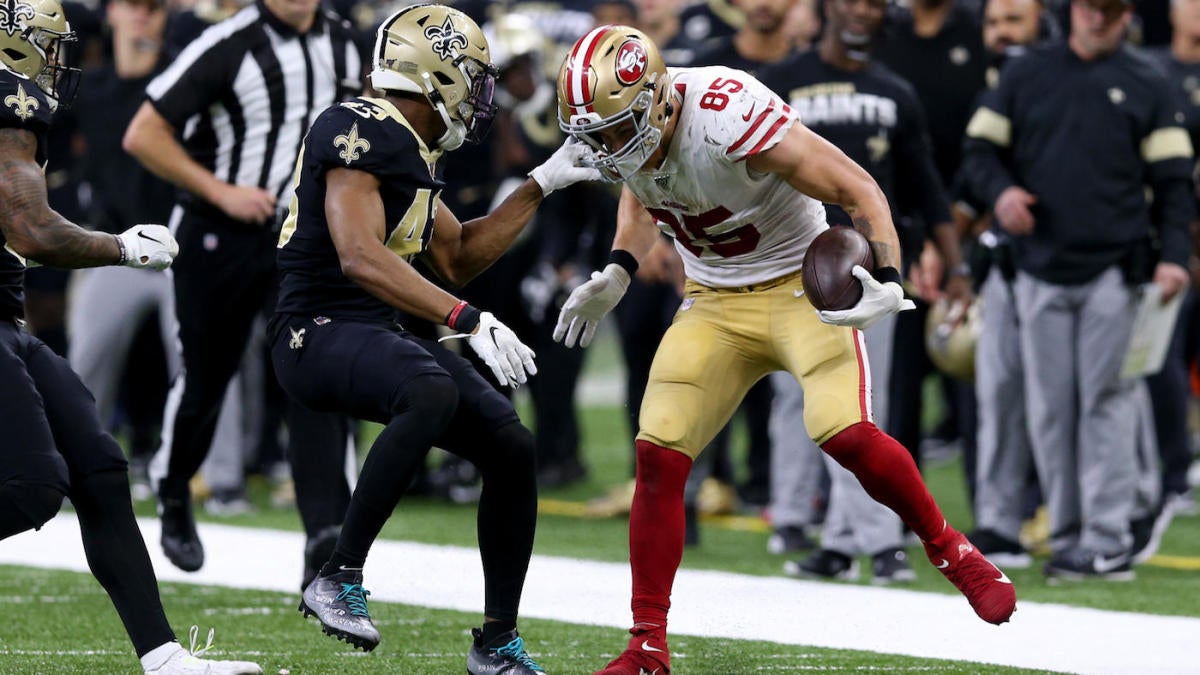 The San Francisco 49ers posted a tweet on Thursday emphasizing the importance of covering one’s face when going outside as the coronavirus pandemic continues to ravage throughout the country. But the way the account presented its message was done at the expense of New Orleans Saints fans.

Back in Week 14 of the 2019 season, the Saints and Niners faced off in an epic clash of NFC powerhouses that saw each side dropping an offensive barrage on the other. In a game filled with highlight after highlight, the standout play happened with San Francisco down 46-45 with less than a minute remaining in the game. Jimmy Garoppolo found George Kittle open on the left side of the field for a huge gain, but what especially helped the Niners get in position for the game-winning field goal was the facemask penalty against Saints safety Marcus Williams.

The penalty helped the 49ers get the win which led to an eventual a tiebreaker over the Saints, and home-field advantage in the playoffs, which propelled San Fransisco get to the Super Bowl. The facemask grab was able to not only serve as a pun in reminding people to wear a mask, but also remind fans of their incredible win.

Since social media’s ecosystem is built on copycats, expect other teams to try similar medical PSAs at the expense of an opponent. Unfortunately for Williams, this means that there’s a good chance that the Vikings will post a screencap of the Saints safety whiffing on the Stefon Diggs catch in 2018, which ultimately led to the Minneapolis Miracle, and use it to remind fans about the importance of keeping six feet of space between people for social distancing.