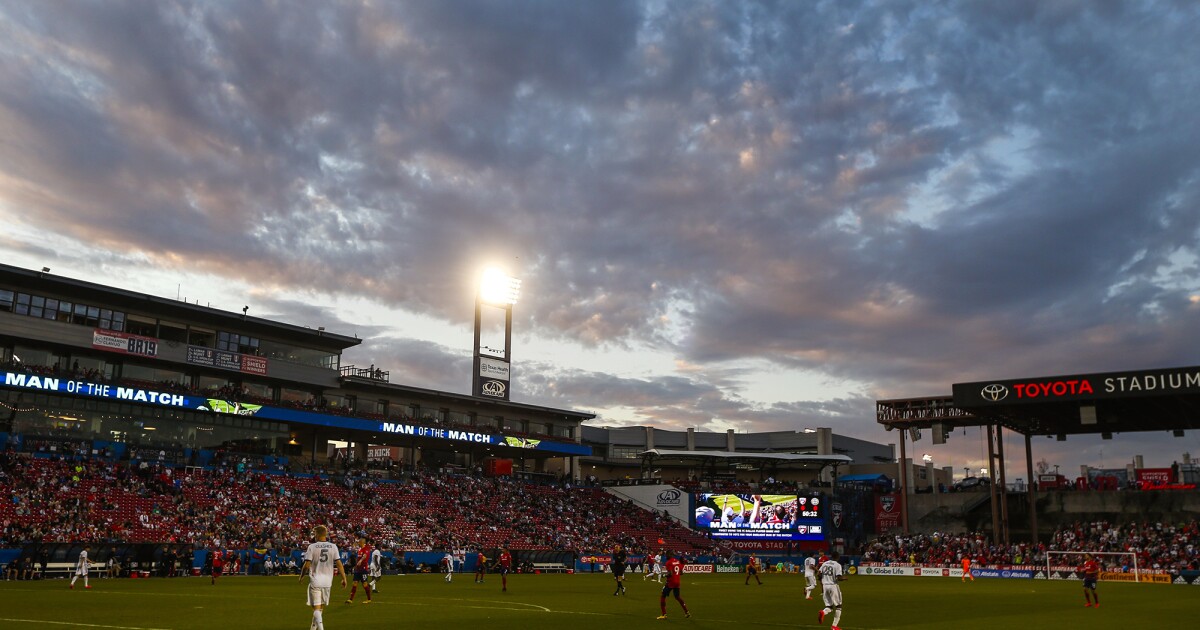 Major League Soccer has confirmed six FC Dallas players have tested positive for the novel coronavirus since the team arrived in Orlando, Fla., but the number may actually be much higher, leaving the team’s participation in the MLS Is Back tournament in doubt and raising questions over whether the competition should go forward at all.

“The tournament is on thin ice,” said Zachary Binney, an epidemiologist at Oxford College of Emory University. “It all depends on what we see in terms of positive tests over the next week or so.”

The Dallas website 3rddegree.net, which was first to report the positive results the league now acknowledges, said three players and a team staff member failed tests Wednesday, bringing to nine the number of players infected. The competition, the first for MLS teams since March 8, is scheduled to start next Wednesday. FC Dallas plays its first game next Thursday, although Binney doesn’t see that happening.

MLS said two of the Dallas players tested positive Saturday upon arrival at Disney’s Swan and Dolphin resort, where all 26 teams will be housed under quarantine during the five-week tournament. The other four positives MLS acknowledges were reported within the last two days. All six participated in a clinical assessment by a healthcare provider and were moved to the isolation area of the hotel where they are being monitored and undergoing follow-up testing.

Three FC Dallas players had previously tested positive for the coronavirus prior to the team leaving for Florida.

FC Dallas canceled its training sessions until at least Friday and its players were quarantined in their hotel rooms pending the results of additional COVID-19 testing when the new positives 3rddegree reported took place. When members of the delegation pass “multiple tests,” they will be cleared to return to training.

The team has 19 players left on its roster but can bring more in from Dallas if the infected players aren’t cleared to play. Since the resumption of full team training June 4, MLS said 26 players and four staff members have tested positive for COVID-19.

Eight teams are already in Orlando but at least three others — Vancouver, Nashville and the New York Red Bulls — pushed back scheduled charter flights that were scheduled to arrive Wednesday. The Galaxy and LAFC are scheduled to be the last two teams to arrive, late Monday. Before leaving for Florida, players and team staff are tested twice for the virus and are tested again upon arrival. While in the protective bubble at the sprawling Disney resort, the 1,300 people in the MLS group must wear facial coverings outside their rooms and practice social distancing.

“That all helps,” Binney said. “But you are still living in the same building and you’re going to come into contact with one another and you’re in a tighter group than you would be if you were outside of the bubble. So if the virus gets in, it could spread very rapidly.”

An MLS official, speaking on background, said the league remains optimistic the tournament will go forward, although consideration might be given to rescheduling FC Dallas’ first game until later in the competition or forcing the team to pull out altogether.

When Orlando City’s NWSL team had six players test positive for COVID-19 six days before the start of that league’s Challenge Cup last week, the women’s tournament went on without them.