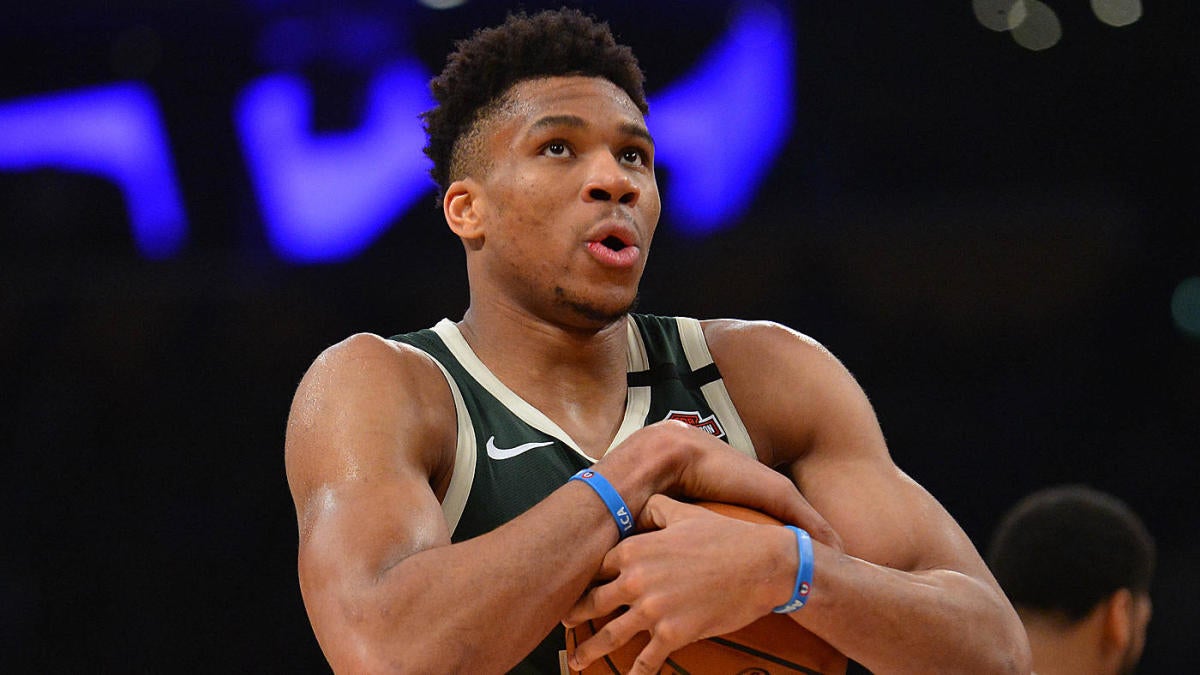 MILWAUKEE — The NBA’s plan to restart the 2019-20 season at Disney World in Orlando is looking more in doubt than ever these days due to a sharp rise in coronavirus cases in Florida. At the moment, however, they’re still planning to play, as Adam Silver made clear in his interview with TIME Magazine on Tuesday.

And while the health and safety situation is paramount, if they’re going to play, the basketball situation must then be discussed. One of the biggest talking points on that front is whether or not there will be an asterisk attached to this title, and during a conference call with media members on Wednesday, Milwaukee Bucks star Giannis Antetokounmpo and coach Mike Budenholzer weighed in with their thoughts.

While an asterisk is usually thought of as a negative, Giannis turned it around a bit and said he thought the title this season would actually be more difficult to win than normal.

“I think the game is gonna be played mentally a lot. Not being able to see your family, being there for three months, playing games with no fans, it’s going to be mental. Like you gotta push yourself through this. But I’ve heard a lot of people say that there’s gonna be — how do you guys say this — the star next to this championship.

I feel like at the end of the day this is gonna be the toughest championship you could ever win. Because the circumstances are really, really tough right now. Whoever wants it more is gonna go out there and take it.”

“I feel like the champion from this experience, this season, is gonna be more worthy, and probably more special than any champion. Every year there’s things that in theory make it easier to be the champion, and every year I think there are things in reality that make it more difficult to be champion. Usually the things that make it more difficult far outweigh anything that makes it less or easier, if that’s even the right word. I think the challenges of this season, this pandemic, everything that’s happening in our country, the ability for a team to go back and compete and play against the other 22 teams and come out as a champion, in my mind it will be more special and more meaningful. And every championship to be honest with you, they’re all meaningful, they’re all incredible. If you won one, you can say whatever you want about it.”

However you want to define it, whether that’s saying there’s an asterisk or some other measure, there’s no question that this season’s champion is always going to be remembered differently. And how could that not be the case? This is something we’ve never seen before and hopefully will never see again.

But as Giannis and Budenholzer pointed out, that’s not necessarily a bad thing. It’s going to take all sorts of mental and physical strength and determination to get through the next few months while being isolated in hotels away from home, and playing under the looming threat of a deadly pandemic.

The extent to which the competitive balance of the playoffs will be impacted depends on what happens before and during Orlando, and it’s certainly possible there will be factors that make this season’s champion seem lesser in some people’s eyes. But there will be just as many reasons, if not more, why winning it all will be more impressive than normal.

With the entire rest of the season still ahead of us, and months until it’s all decided, there will be plenty of time to sort through that discussion, though. For now, let’s just hope that everyone remains healthy, and we can safely navigate to the point where having that conversation even makes sense.