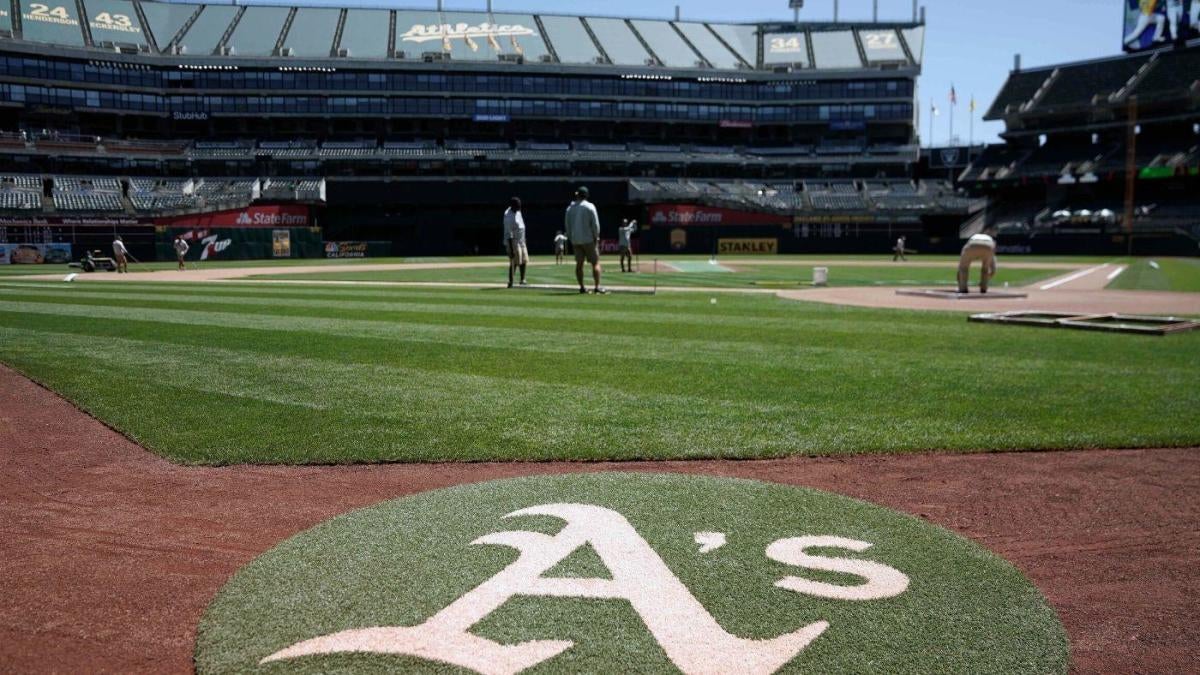 Watch Now: Players Starting To Opt Out Of 2020 MLB Season (2:02)
With the anticipation of the MLB season causing many owners and baseball executives to realize a season is about to arrive without any ticket revenue, franchises have had to get creative in the way to take money from fans. With this in mind, the Oakland A’s have joined the San Francisco Giants and decided to follow a gimmick that teams overseas have done.
As previously mentioned, other teams around the world have used this strategy to fill their stadiums in lieu of fans. Sometimes that plan ends up backfiring, as was the case with Leeds United, an English soccer club that had to apologize for allowing a cutout of Osama Bin Laden to make its way into their fake crowd. Both teams have announced a promotion to put cardboard cutouts of fans in their respective stadiums during home games. The A’s called their promotion Coliseum Cutouts, the Giants called theirs the Giants Fan Cutout Program. The way it would work is that the fan would take a photo of themselves, that photo then gets printed onto a cardboard cutout, and then that cutout gets placed somewhere in the stands of Oakland Coliseum or Oracle Park.
These cutouts aren’t exactly cheap. According to the team’s website, A’s Access members get cutouts for , while general fans have to pay each for theirs. If you want to have your cutout in the Foul Ball Zone, you’ll have to pony up 9 — the supposed trade-off for that last bit is that if a ball hits a cutout with your face on it, the team sends you that foul ball. Fans that also decide to be part of this promotion will also get two tickets to the first exhibition game at the Coliseum of the 2021 season. MLB announced earlier this week that the league will play a regular-season of 60 games which will start on either July 23 or July 24 and go on until late September. Clubs could theoretically allow fans to attend games during the season, but require the approval of MLB and relevant local authorities. As things currently stand, no approvals have been handed out.