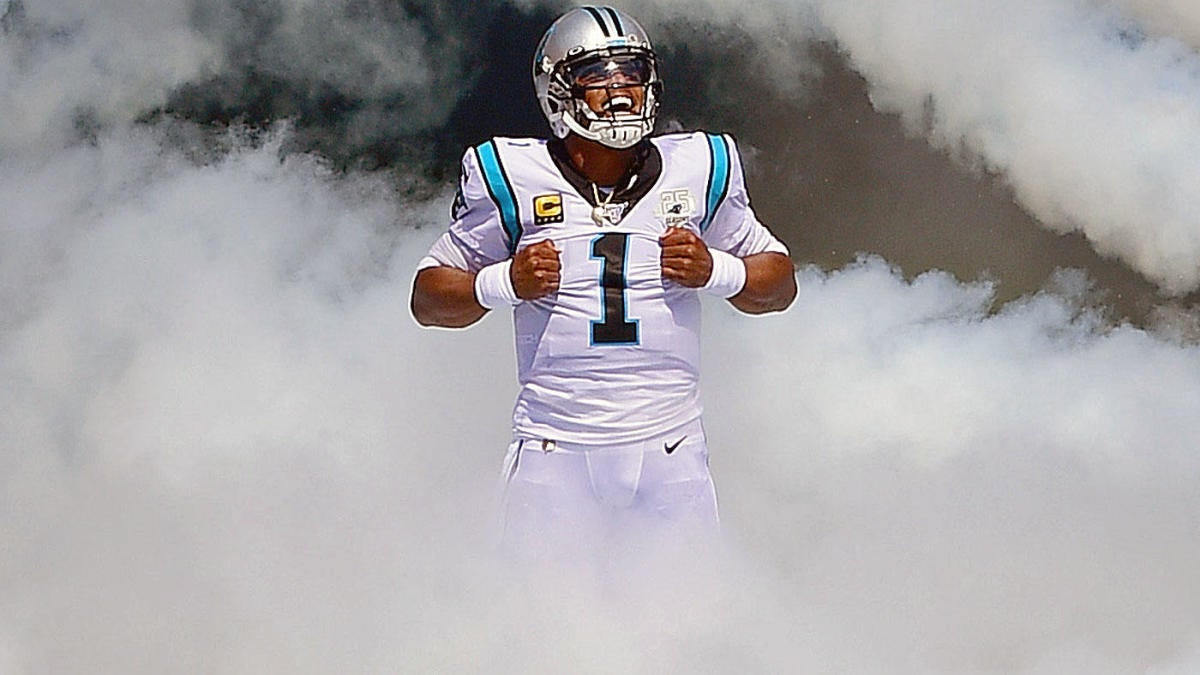 Watch Now: Cam Newton Agrees To A One Year Deal With The Patriots (2:08)

The New England Patriots had a gap in the quarterback position with Tom Brady leaving for the Tampa Bay Buccaneers, but are bringing in a former MVP to fill the void. On Sunday, the Patriots signed Cam Newton to a 1-year deal worth up to $7.5 million.

The former NFC Champion was sidelined due to a foot injury for most of the 2019 season. He now has a lot to prove and a chip on his shoulder after being released from the Carolina Panthers in March and staying on the free agent market for quite some time. Newton, a former No. 1 draft pick, has thrown for 29,041 yards, 182 touchdowns and 108 interceptions and rushed for 4,806 yards and 58 touchdowns in his career.

Newton tweeted about the signing, saying (in his typical bizarre font), “I’m excited as I don’t know what right now. All praise to god. Dropping content tomorrow!! I hope you’re ready. #LetsGoPats.”

Players around the league are congratulating Newton on the signing. Here are some of the best player reactions:

Brady reacted to his possible successor saying, “Under Armour QBs” with “100” emojis. Looks like the GOAT approves. Newton commented on the same post with his signature, “-1øvë.”

His former running back Christian McCaffrey tweeted, “So happy for my guy!”

Greg Olsen, another former Carolina Panthers teammate, wrote, “Couldn’t be happier for Cameron Newton! Patriots are getting a stud!!”

Melvin Gordon is rooting for Cam.

Patriots cornerback and AP defensive player of the year Stephon Gilmore reacted to the news with eye emojis while Devin and Jason McCourty responded with the same.

Patriots running back James White had the same feelings.

Hall of Famer Warren Moon says “a great organization knows great talent, and accepts that talent into their program to keep winning alive and possible!”

Richard Sherman says a former MVP signing for the minimum is “ridiculous.”

Joe Mixon says Newton is in a great situation.