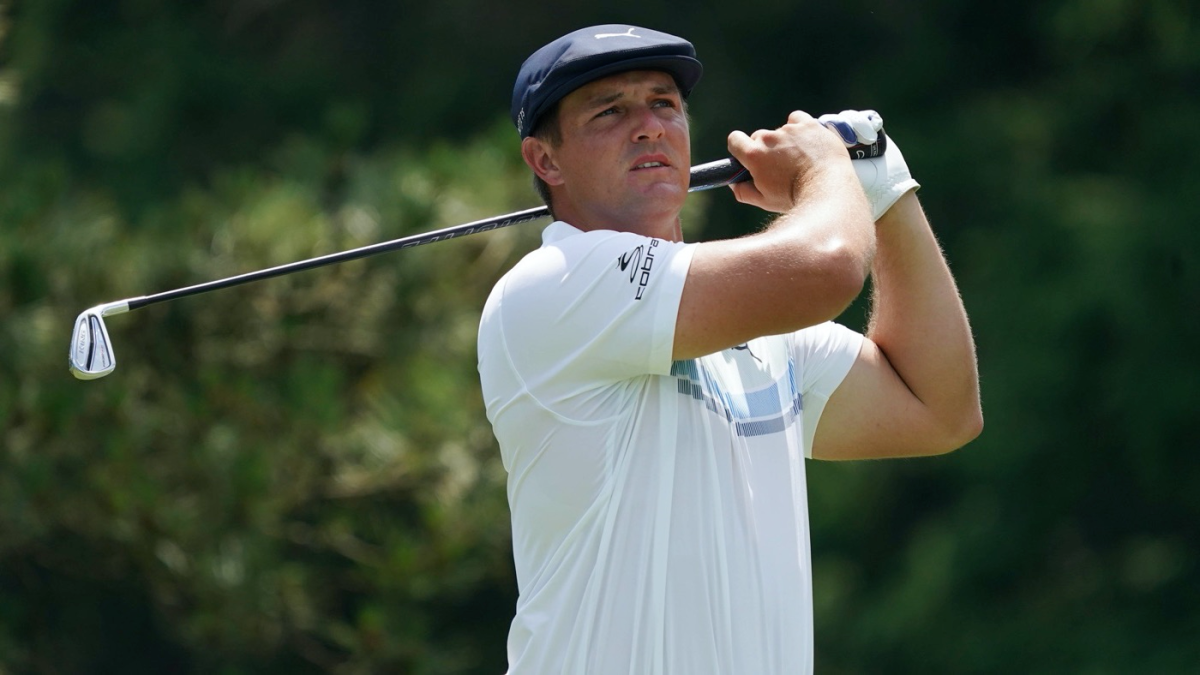 Watch Now: Golfer To Watch At The Rocket Mortgage Classic (4:01)

The three-week high of golf returning amid the COVID-19 pandemic has reached an end, and now a familiar rhythm has begun to emerge for the professional game. This could be a good thing for the PGA Tour, which is looking for any semblance of normalcy at a time where its commissioner is having to drop into Wednesday press conferences and tighten up protocol around the virus.

This week’s Rocket Mortgage Classic at Detroit Golf Club is the beginning of that new, new normal, and two players — Dylan Frittelli and Harris English — have already withdrawn after testing positive. Still, the tournament should be a good one even if the field isn’t quite as loaded as the first three weeks were. The good news there is it allows for more organic (and sometimes more interesting) storylines to emerge. Let’s take a closer look at this week’s contest, with odds and prop bets provided via William Hill Sportsbook.

1. Opportunities abound: I low-key love events like this because of how life-changing they can be for whoever wins (or contends for) the event. Think back to last season. Nate Lashley won for the first time in his PGA Tour career, and Doc Redman finished T2 and earned temporary membership. Lashley was an alternate, and Redman qualified on Monday into the event. You don’t get stories like that at the Memorial Tournament (or they’re far rarer) so this week is a fun week to celebrate them.

3. Fowler back on track: Don’t look now, but Rickie Fowler is no longer ranked in the top 30 in the world. He’s missed four of six cuts and has fallen to No. 31 in the world, which is the lowest he’s been in six years. I don’t have any concerns in the long-term — especially because he’s going through a mild swing change right now — but it would be nice to see him get it going this week in Detroit.

I mentioned it off the top, but this field is a steep dropoff from the last three tournaments. It does include several top guys — Webb Simpson and DeChambeau — and other big names like Fowler and Bubba Watson, but it lacks the depth of the first three fields that included up to 30 of the top 40 players in the world. This isn’t necessarily a bad thing, but we’re not likely to see the loaded leaderboards we saw at Colonial, Harbour Town and TPC River Highlands. Grade: B-

1. Bryson DeChambeau or Viktor Hovland to win (4-1): These are probably sucker bets, but they also work because I get sucked in every week. Both of these guys feel like they’re on the verge of leading going to the back nine on a Sunday. Hovland has been fascinating because he’s been putting it terribly and still racking up top 25s. That’s a quick path to victory on the PGA Tour once you find a hot stroke for a week.

2. Will Gordon to finish in the top 20 (+350): More on him below as my sleeper, but this feels like a lock (which means he’ll definitely miss the cut). One good note on him is that it’s not just the T3 at the Travelers last week that you’re riding but also a T10 at the RSM Classic last fall and two other top 25s earlier in 2020. He’s legitimate.

3. Si Woo Kim as top Asian player (13/2): I always throw down on Si Woo when I get a chance. The talent is too overwhelming, and he’s coming off a nice finish at the Travelers Championship last week. Am I willfully ignoring the fact that he’s missed the cut or withdrawn in nine of his last 11 events? You bet, but with only Sungjae Im and Hideki Matsuyama at shorter odds, I like Kim here.

So who will win the Rocket Mortgage Classic, and which long shots will stun the golfing world? Visit SportsLine now to see the projected leaderboard, all from the model that’s nailed six golf majors, and find out.