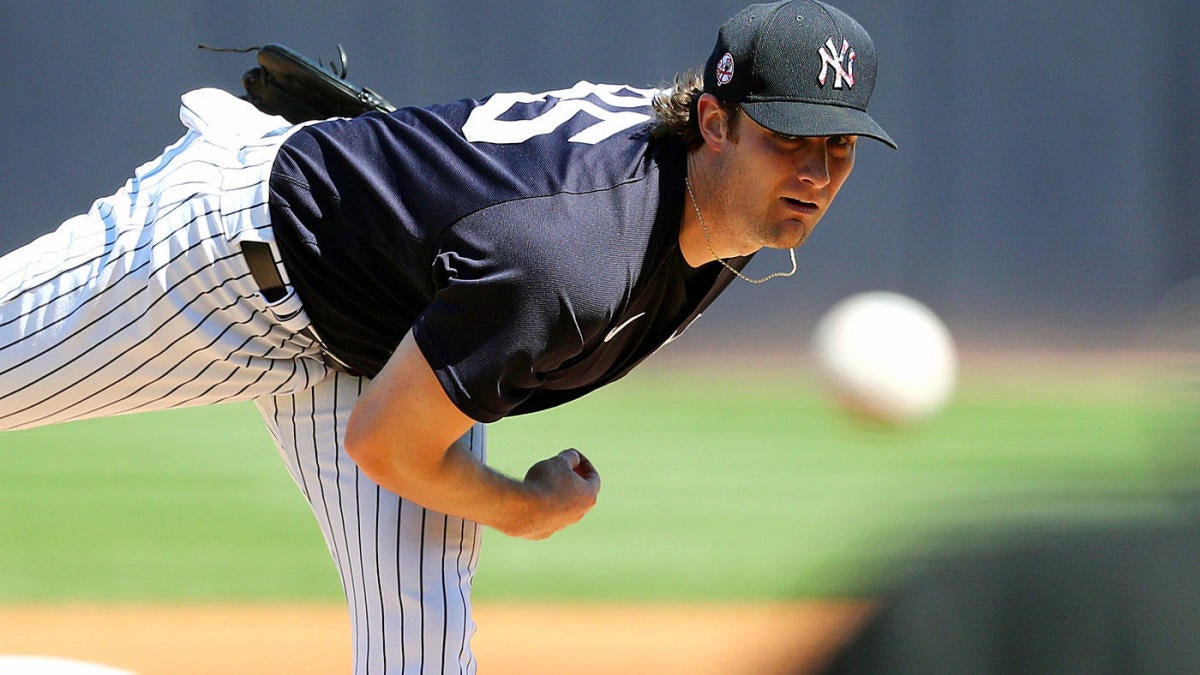 Watch Now: How The Nationals Will Replace Anthony Rendon (3:18)
On the Nationals’ side, it could be either Max Scherzer or Stephen Strasburg (or even Patrick Corbin!) facing off against the loaded Yankees’ offense that hit a ridiculous 306 homers last season, which would’ve set the MLB record except that the Twins hit more. Those Yankees didn’t even have Giancarlo Stanton for more than 18 games while Aaron Judge only managed 102. They appear to be fully healthy at this point.

The Opening Day starter for the Yankees will obviously be Gerrit Cole, who we last saw in the bullpen watching his Astros team lose before he sported a Team Boras hat post-game and seemed a bit disgruntled. Now with his new 0-million-plus contract in hand, he’s the Yankees ace. He’d be facing off against the Nationals offense centered on Juan Soto while trying to replace the production lost from Anthony Rendon signing with the Angels.

Assuming this is able to happen, that’s one excellent opener.
(T)he current plan in to launch the regular season on July 23, but not with a full slate of games. The highlight of the day will be the Yankees at Nationals Park against the defending champs, likely in prime time, The Post has learned.
We’re still awaiting an official release of the 2020 Major League Baseball schedule, but we know it’s going to be regional. The traditional Opening Day looks like it’ll be July 24 with a few games played on July 23. It’s customary for the defending champion to be featured on the day before the official “Opening Day,” so this New York Post report makes a lot of sense.  That will be an incredibly fun game to start the season, with the exception to the fun being that the defending champs have to open at home in front of an empty ballpark instead of a full house with a ring ceremony.