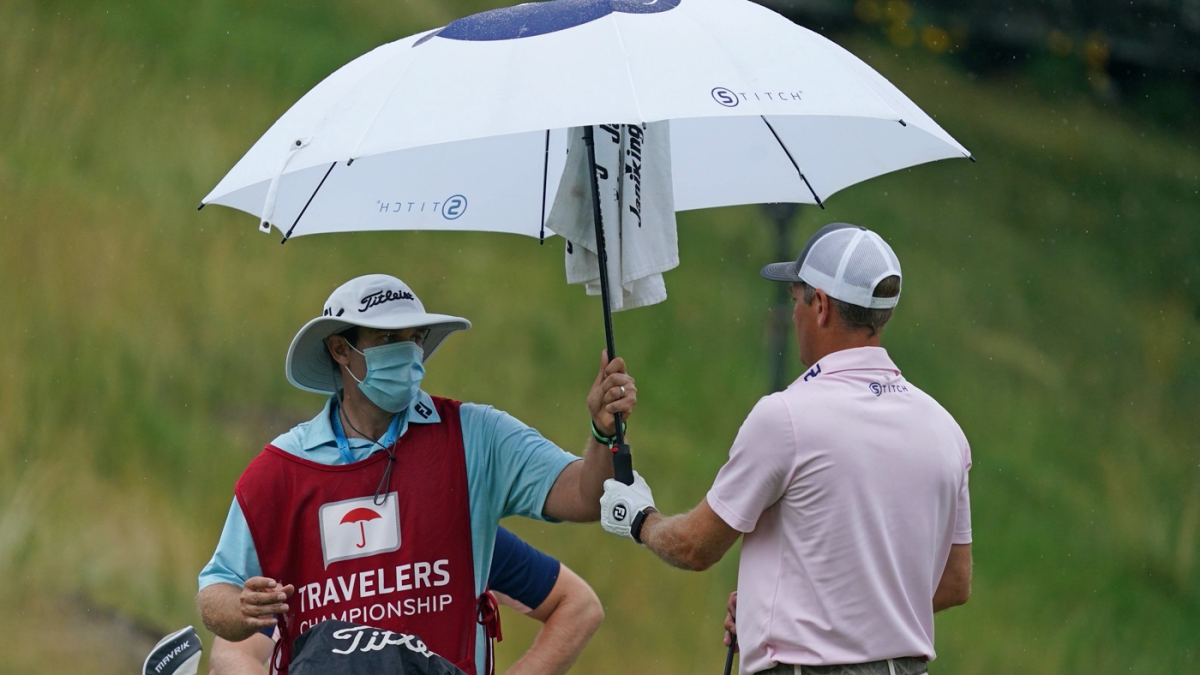 Watch Now: Highlights: Third Round Of The Travelers Championship (4:44)

In a week with much consternation over more positive COVID-19 tests and seven overall withdrawals from the 2020 Travelers Championship because of the virus, the PGA Tour has upped its protocol around who can be on site at tournaments starting with next week’s Rocket Mortgage Classic.

In an announcement on Saturday, the Tour said that a negative in-market COVID-19 test will be required to enter the property at Tour events moving forward. Here’s the official language from the Tour regarding these tests and how they will be handled.

Previously, players and caddies could be on site to practice as they awaited their arrival testing results, but without access to any indoor facilities. The Tour is taking that precaution one step further to add an additional safety measure in that no player nor caddie will be on site – anywhere – to start the week, without first being cleared through COVID-19 screening. Again, this same policy will apply to all individuals inside the bubble, such as independent physios, instructors, staff and others.

This is a small (but important) step up in protocol for the Tour as it tries to tighten things up and limit the spread of the virus within its traveling bubble. After a week in Fort Worth, the Tour has been to Hilton Head, Cromwell and next week will go to Detroit. It’s difficult to adjudicate when players are entering and exiting the bubble at will and coming from a variety of cities (and even countries), but this additional measure of testing will help.

This ratcheting up of the rules is in addition to several other that PGA Tour commissioner Jay Monahan put in place earlier this week. Those include the following:

Monahan announced those on Wednesday and said that the Tour is actively trying to hit a moving target that has evolved as the Tour started back up just three weeks ago.

“We will probably continue to make adjustments,” Monahan said. “That’s why we are here on site. We are talking to players. We are looking at things with our own eyes. We are talking daily as a team about what we are learning.

“We are trying to — we are doing this together. You know, we are all in this together. And so I think I think it if it’s — correctly executed, we think it puts us in a better position. But the changes we made this week we feel are a very good step in addition to what we’ve already identified.”