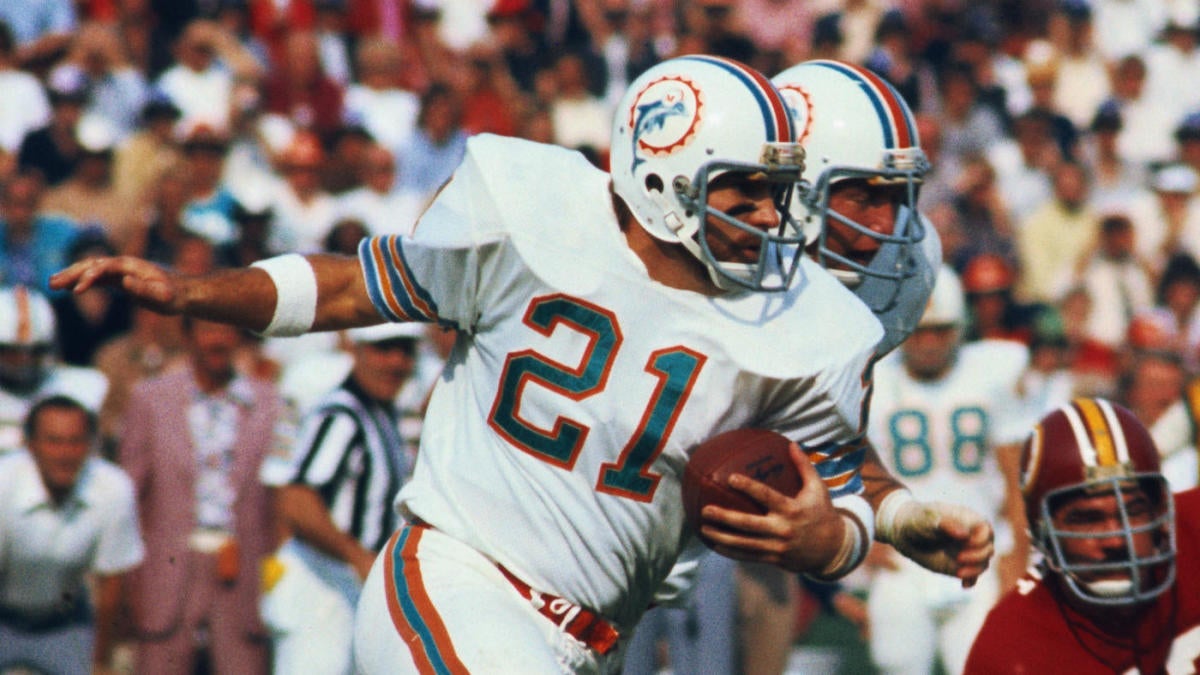 Last week, former Dolphins running back Jim Kiick passed away at the age of 73 after a reported battle with dementia. One week later, his daughter has announced that his brain will be donated for concussion and CTE research.

Allie Kiick, a professional tennis player, revealed on Friday that her father’s brain will be donated to the Concussion Legacy Foundation, which aims to “support athletes, Veterans, and all affected by concussions and CTE; achieve smarter sports and safer athletes through education and innovation; and to end CTE through prevention and research.” In a Facebook post, she wrote that her father “had the biggest heart in the world so we know he would’ve wanted to play a part in finding a cure for CTE … now he will” while also starting a fundraiser for the Concussion Legacy Foundation.

Initially, Allie Kiick wrote that she hoped to raise $5,021 (her father wore No. 21 with the Dolphins). But later on Friday, after the fundraiser got off to a fast start, she wrote that her brother, Austin, is now aiming to raise $21,000.

“The night before my dad passed away, I sat with my mom on my bed and she asked me what I wanted to do for my birthday (June 30th). I told her I wanted my family to go over to my dads facility so we could all sing happy birthday. I haven’t been able to spend a birthday with my dad nor my family because I’m usually overseas playing tennis, so I’ve decided I wanted to think about the best way I could honor my dad. His brain was donated to the foundation below for research. My dad always wanted to help others, he had the biggest heart in the world so we know he would’ve wanted to play a part in finding a cure for CTE … now he will. He will one day be a part of history. For my birthday and in honor of Jim Kiick let’s try and reach the goal of $5,021. Had to put 21 in there for him ~ Allie Kiick”

In Kiick’s career with Miami, he rushed for 3,644 yards and 28 touchdowns, the fifth- and sixth-most in franchise history, respectively. In the 1972 and 1973 seasons, Kiick helped the Dolphins capture back-to-back Super Bowls, which means he was a member of the only unbeaten team in NFL history. In that undefeated 1972 season, Kiick totaled 668 yards and six touchdowns from scrimmage.

Kiick also briefly played for Denver and Washington at the end of his career, which came after a short spell in the World Football League. In the end, he wrapped up his career with 6,061 yards and 33 touchdowns from scrimmage.

According to the Concussion Legacy Foundation, “CTE can only be diagnosed after death through brain tissue analysis.”