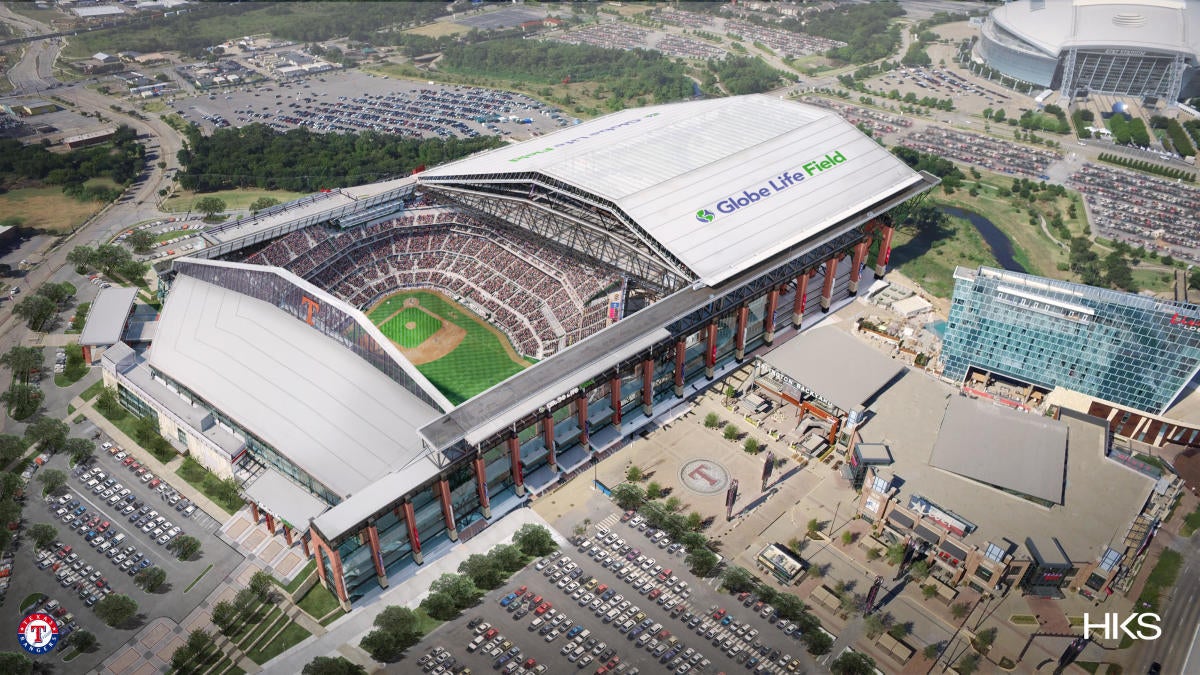 Watch Now: Plan For MLB Dealing With Positive Covid-19 Tests (2:44)
On Tuesday, MLB announced a 60-game season that will start in late July. Right now it is unknown whether fans will be permitted in every stadium, or if each team will be allowed to make their own call on capacity.
This person makes a point about the air conditioning.
The first-ever retractable roof Costco is here! Somehow a Houston Astros trash can reference always fits.
Here are some of the best reactions on Twitter:
The Rangers’ social media team gave the first introduction to Globe Life Park in Arlington, showing the inside of the stadium as well. People have been comparing not only the actual park to others, but also the boring view it has as well. Some MLB teams‘ homes overlook beautiful cities or have a water view, and this one just seems to be in the middle of nowhere. And the winner for the worst building is… The Texas Rangers revealed their .2 billion stadium on Tuesday and baseball fans — at least in the Twitterverse — are less than impressed. The finished product doesn’t exactly line up with the proposal pictures and as always, the internet is jumping on the chance for a roast. It does look like a shed. The video didn’t show this section of the park. It’s the Toy Story/MLB crossover you didn’t know you needed. Some owners are planning for fans, but they will likely have limited tickets to each game. While you’re catching the game you can pick up some home appliances. The inside look is more impressive than the bland outside, but that isn’t saying much. The Simpsons really do predict everything. I’d say it looks better on paper.
“Burgers coming right up!”