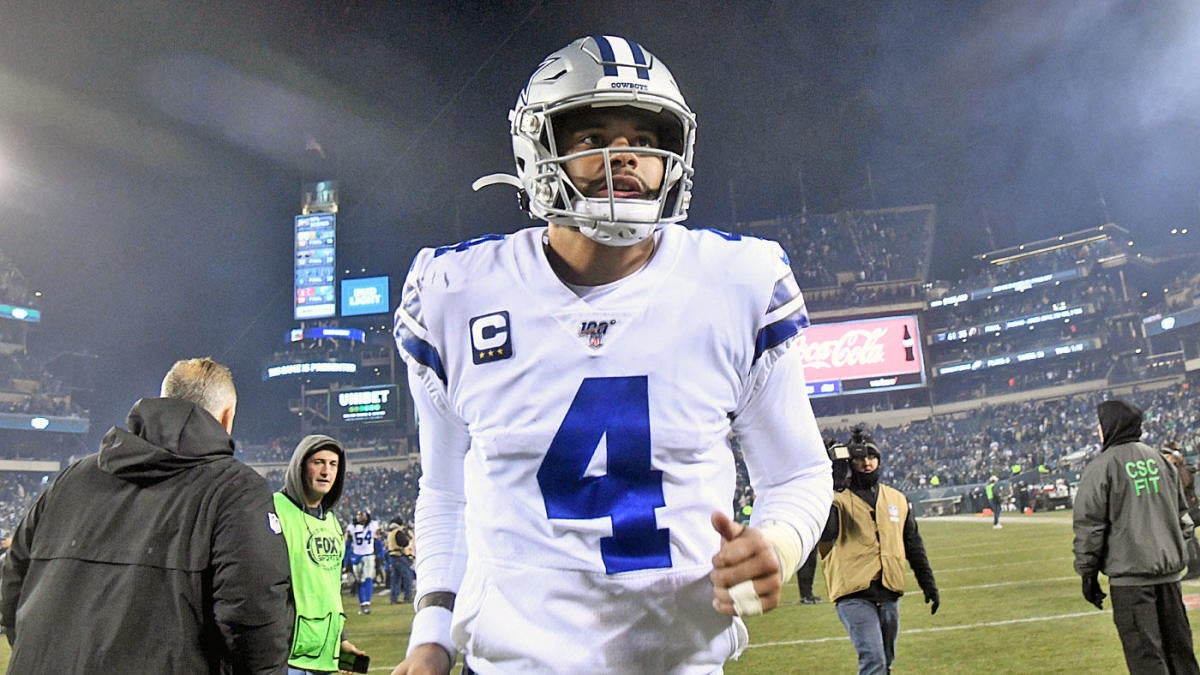 There isn’t much going on in the NFL right now. This is the most unusual offseason in league history and the business of football has slowed to a standstill. News is at a minimum, unless we are talking about positive COVID-19 tests.

But there have been a few headlines — or nominal headlines — that I would like to weigh in on:

OPINION: Of course he does. As we have been maintaining throughout this entire saga between the Cowboys quarterback and owner Jerry Jones, Prescott is not opposed to playing for just under $32M next season, and $38M in 2021, should he ride out a second year on the tag. It’s hardly a dire circumstance for him — having just played four seasons for under $5M — and he does exceptionally well off the field with endorsements. He is not going to sell short on himself one bit after out-dueling Jones and gambling on himself last year, and any long-term deal will have to average far closer to $40M per year than $30M. Prescott isn’t worried about injury, and that is the only thing that will preclude him from bagging $70M from this team the next two years and then possibly being set to nab a fully guaranteed contract in free agency, still very much in his prime. He can — and I have maintained, should — go the Kirk Cousins route and stick it to the Cowboys. Doing a long-term deal in this climate is tricky — though the sides will continue to try to hash this out until the July 15 deadline — and Prescott has time on his side. A one-year deal might get us closer to a vaccine and perhaps full stadiums again, which means more revenues and a better fiscal backdrop to what should be the biggest deal in league history. No reason not to put pen to paper and lock in this haul.

FACT: Virtual OTAs are coming to a close and Jadeveon Clowney still doesn’t have a contract.

OPINION: Training camps will open and he still won’t have one. Despite the occasional media rumblings to the contrary, there is tepid-at-best interest in the edge presence and that market is not likely to change anytime soon. Especially with so much uncertainty in the world right now. Seattle has always made the most sense for him on a one-year deal, and while wounded pride might prevent that, it shouldn’t. I have yet to hear anyone offering him more — right now — than the $12M I heard the Browns had on the table for him, and nothing is going to happen to really change that. Even if a guy or two gets hurt in camp, getting an owner to shell out more than $1M per week in this climate for a guy who has sat for months on the open market is going to be pretty difficult. Tough sell. He doesn’t have the gaudy sack numbers to get that kind of coin in this situation, and teams seem pretty stuck in on their evaluations of him. Getting any kind of substantial, fully guaranteed up-front money is gonna be tough. If the Browns or Titans or Jets or anyone else really believed he was the difference in their season, then Clowney’s declining price would have been met. Good luck getting it in July, August or September.

FACT: The rate of COVID-19 infections is rising in numerous huge states that are home to NFL teams.

OPINION: Kicking off training camps in a little over a month might prove to be quite the stretch. There is significant concern and consternation among NFL team execs about their ability to mesh the medical protocols necessary in a pandemic with the necessities of preparing an NFL team to play weekly football games. As John Harbaugh told me recently, it is “humanly impossible,” as of now, and while NFL VP of football operations Troy Vincent told me he is optimistic that meaningful dialogue with NFL coaches about roster size and accommodations will find common ground, this pandemic has managed to greatly alter the course of pretty much all global commerce and entities … the NFL is not going to be immune from that. It’s hard to imagine 90 football players (I continue to hear chatter the number of men actually brought to camp might be closer to 70) coming together from all over the country in someplace like Phoenix or Miami or Tampa or Dallas unless things change rapidly for the better in those communities between now and late July. There is skepticism, to say the least, about the ability to have anything close to a normal training camp and time is running low if certain clubs might have to relocate — those sort of logistics don’t come together overnight. Every message you get from the league office is that this is most definitely business as usual in terms of how and when things will start, but consider me among the skeptics.

FACT: At a time of great turmoil in this country, more pressure is mounting on Dan Snyder to change his football team’s nickname.

OPINION: I just don’t see it happening. Short of widespread protesting and boycotts outside the stadium, short of this being something that becomes a critical economic issue for the owner, nothing is going to change here. This has flared up from time to time over the years and it’s something the owner has made it clear he is unable and unwilling to consider. He grew up rooting for this team and his very essence and brand is now tied into this team and he is not the most flexible person, to say the least. Sure, they changed the name of the lower bowl at their stadium, stripping it from racist George Preston Marshall after his statue was yanked down in Washington as well, but short of the players declining to play anymore or some sort of widespread uprising that leads to the widespread halt of fans purchasing his merchandise, I see this as a moot issue for Snyder. Yes, I never thought I would see Roger Goodell take direct cues from players and issue a mea culpa like he did. Every week I see things happen in this country that seemed impossible only weeks ago (like widespread corporate holidays for Juneteenth), but changing this team’s nickname would be more shocking to me than any of that. As someone who covered that team for five years for the Washington Post, this seems pretty near and dear to the owner’s heart.

FACT: On a daily basis more and more major NCAA football programs are shuttering their voluntary workout and/or sending students home due to COVID-19 outbreaks.

OPINION: I can’t help but wonder about the timing of the 2021 NFL Draft — if there is no fall football played or nothing close to a full slate of games — and whether the trade market becomes even more limited because of it. It’s proving difficult enough to manage this situation for adult millionaires who would be paid to play football; imagine the gall it will take to get thousands of kids to do the same thing without compensation. It’s already a thing at Alabama and Kansas State and Houston and Clemson and I could go on and on — these schools were shameful to push for voluntary workouts on campus in the first place — and I can’t imagine the NFL will have anything close to the access it is accustomed to when it comes to scouting and evaluating players. Again, every other sport has been tremendously affected by COVID-19, and we are still very much in the grips of this pandemic. Could football programs be able to play in the spring instead? Will it make sense to do a revised or shorter draft, a la MLB? Will GMs be averse to dealing known quantities — like veteran players — for draft picks in a draft that could be highly unusual if not delayed at the very least? Again, getting any major work done amid all of this — in terms of blockbuster trades or mega-deals — ain’t gonna be easy, and you won’t be seeing much actually go down this summer.