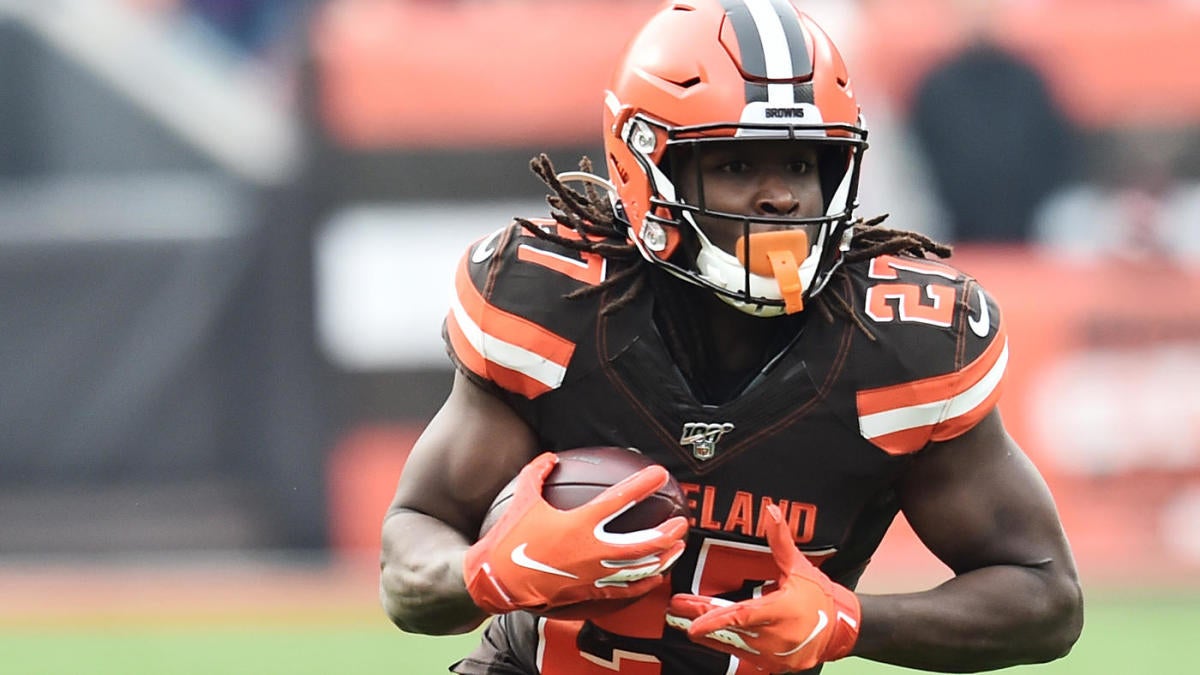 Kareem Hunt considers himself blessed that the Cleveland Browns have given him another opportunity after the former Pro Bowl running back was pulled over in January with an open vodka container and marijuana. Hunt admitted during the traffic stop that it hurt watching the continued success of his former team, the Kansas City Chiefs, who went onto win the Super Bowl at the end of the 2019 season.

Hunt, who signed with the Browns shortly after was released by the Chiefs after a video surfaced of Hunt’s domestic incident in February of 2018, expressed his desire to stay with the Browns on a long-term basis during a video meeting with reporters on Monday. In March, the Browns placed a second-round tender on Hunt, who amassed 464 all-purpose yards and three touchdowns in eight games with the Browns in 2019.

“I’d definitely like to be a part of something like this,” Hunt said, via Mary Kay Cabot of Cleveland.com. “Everybody is here that I care about. I know everybody in the whole town. I would not mind playing for the Browns for a long time.”

Hunt, who grew up less than 20 minutes away from Cleveland, has been working closely this offseason with fellow Browns running back Nick Chubb, who earned Pro Bowl honors last season after rushing for 1,494 yards and eight touchdowns. The duo of Chubb and Hunt in the backfield was one of the things Kyle Stefanski raved about shortly after becoming Cleveland’s new head coach back in January.

“Those two guys are jumping off the tape,” Stefanski told ESPN 850’s Really Big Show. “I could not be more impressed by those two. Nick Chubb, man, wow the tape is so impressive. I can’t wait to meet Nick Chubb the person because everyone is raving about him … (Hunt) is such a talented player. He’s from Ohio, so I know I’m going to get a chance to visit with him at some point.”

Hunt, who rushed for a league-high 1,327 yards as a rookie back in 2017, is hoping to be part of a championship team in Cleveland after watching his former teammates in Kansas City hoist the Lombardi Trophy back in February. Hunt added that he has mostly maintained a low profile following January’s traffic spot. He said he has also been doing things in the community as it relates to helping people who have suffered significant loss during the COVID-19 pandemic.

“I think we can do something special here,” Hunt said of the Browns, who stumbled to a 6-10 last season after many analysts predicted them to compete for the AFC North division title. “I want to get that Super Bowl feeling and I believe we can do it here in my hometown. That would be bigger than anything, for me. That would [be to] bring a championship to Cleveland, especially — I have been a fan my whole life. I’ve been with Cleveland my whole life.”