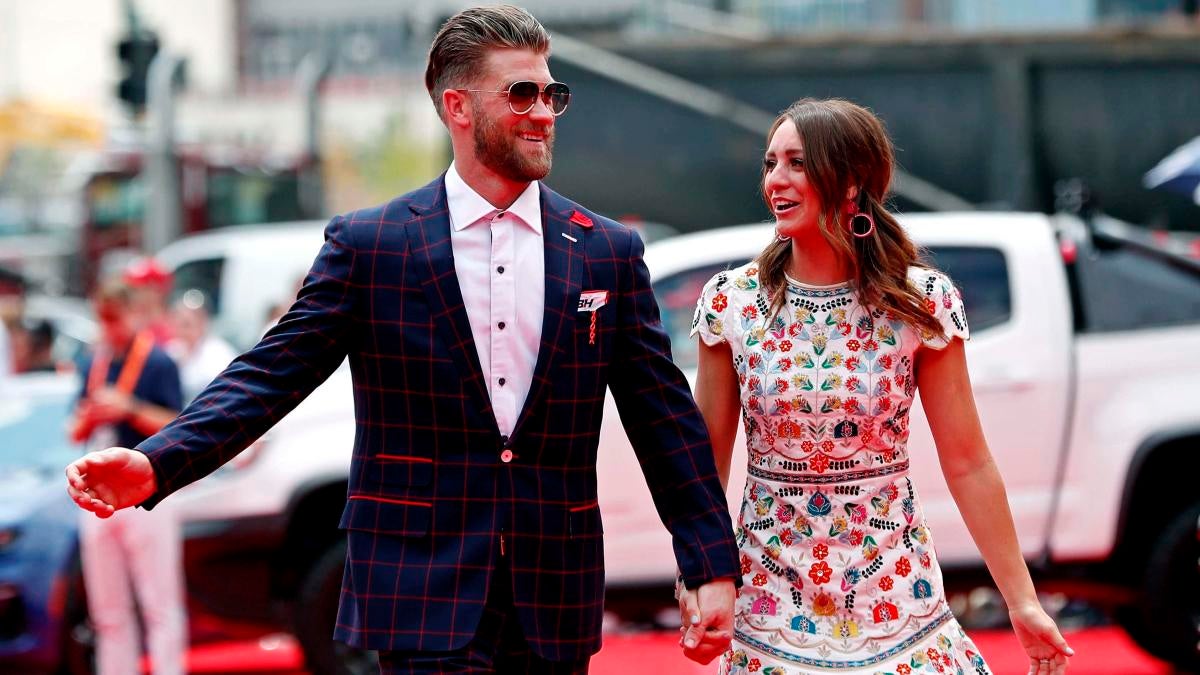 Watch Now: What’s Next For MLB After Delayed Negotiations (1:12)
Harper joined the Phillies in 2019 after accepting a then record-breaking 0 million free agent deal. He played with the Washington Nationals, the team he was drafted first overall by in 2010, from 2012 to 2018.
Kayla posted the photo to her own Instagram account as well, captioning it, “Evening things out this year with Baby Girl Harper. Coming early December 2020.” “Girl Dad,” Bryce wrote. He rounded the caption off with a heart-eyed emoji. With MLB still in negotiations with the MLBPA for a return amidst the coronavirus pandemic, Harper and other players have been open about wanting to play some sort of season. But MLB and the MLBPA have yet to come to an agreement on what that will look like. Philadelphia Phillies right fielder Bryce Harper and his wife Kayla Harper announced via Twitter on Monday that they are expecting their second child together later this year. The two posed while holding up a photo of the ultrasound, surrounded by pink balloons.
The 27-year-old is a six-time All-Star, National League MVP, National League Rookie of the Year and  Silver Slugger Award winner.
Bryce and Kayla have a son together named Krew, who was born in August of 2019. Krew is often seen cheering his dad on from at ballparks, from batting practice to during spring training.