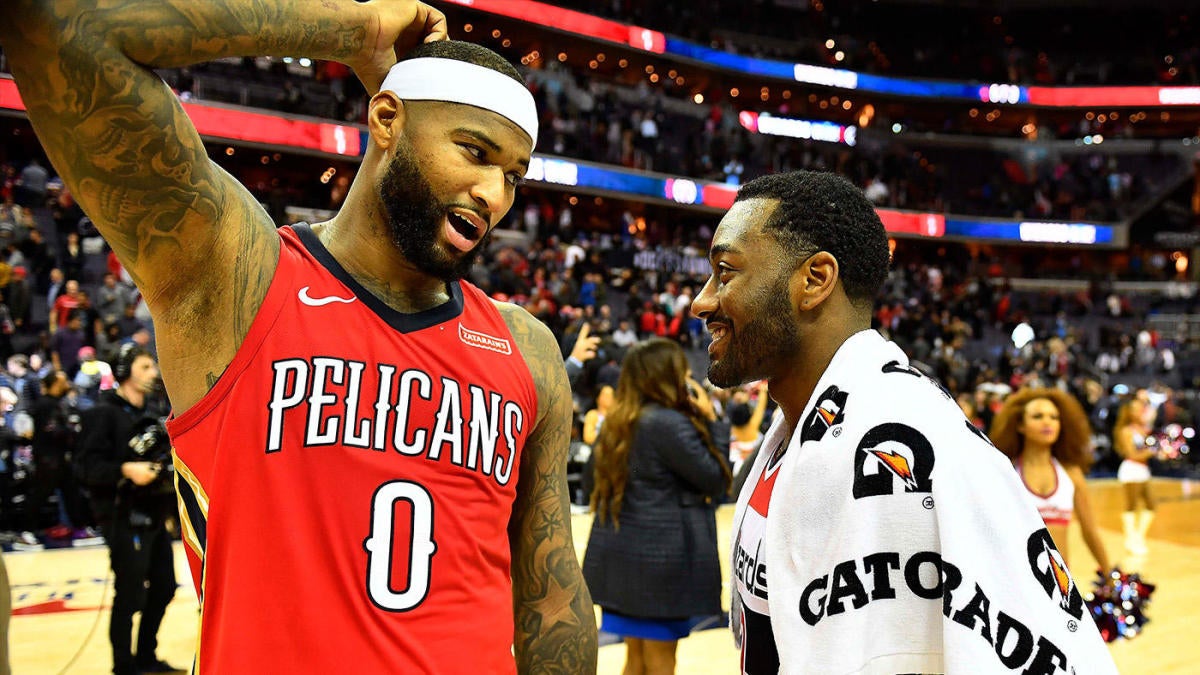 DeMarcus Cousins and John Wall have been linked since their lone, dominant season together at Kentucky. The two became close friends in college, and ever since, rumors have swirled about the possibility of the two former Wildcats sharing an NBA team. The logistics involved in making that happen were very difficult for most of their careers. Both were superstars making exorbitant salaries, so either’s team trading for the other would have been difficult, and neither reached unrestricted free agency at their peak.

But injuries to Cousins have made the pairing far more realistic. Cousins signed only a one-year deal for the Tax-Payer Mid-Level Exception with the Golden State Warriors in 2018 after tearing his Achilles tendon while playing for New Orleans, and then took an even smaller deal with the Los Angeles Lakers for this season following a quad injury in the 2019 playoffs. He was waived in March under the assumption that he would not recover quickly enough from a torn ACL in August to contribute this postseason. But since the postseason was pushed back due to coronavirus, Cousins is suddenly a free agent potentially capable of helping teams immediately, and Wall hopes that the team he helps is his Wizards.

“Oh man, you know I’m trying to push for that. I’ve been on that for like five years. I want to sign him right now,” Wall said in an Instagram interview with The Undefeated (h/t Chase Hughes of NBC Sports Washington). Wall added that he and Wizards general manager Tommy Sheppard have “been talking about it here and there.”

Cousins has not publicly commented on his health, but the typical recovery time for a torn ACL is approximately one year. He suffered his injury on Aug. 15, 2019. The restarted season is slated to begin on July 30, 2020, nearly one year after Cousins went down. There is a reasonable chance that he is healthy enough to play at Disney.

If the Wizards were to pursue him, though, they could face stiff competition from his former team, the Lakers. While Los Angeles currently lacks the roster space to add Cousins, the status of both of their centers is up in the air. Dwight Howard has said openly that he does not believe it makes sense to play basketball right now, and could skip Disney to focus on social justice reform. JaVale McGee has asthma and is therefore a high-risk potential coronavirus patient. If the Lakers lose one or both for the resumed season, Cousins is a likely replacement option considering he spent most of the season on their roster.

The Lakers are competing for a championship this season. The Wizards aren’t. Cousins has strong relationships with Rajon Rondo and Anthony Davis, both of whom took part in recruiting him to Los Angeles, which would theoretically offset any advantage Wall’s presence would give Washington. If Los Angeles wants Cousins back, they should be considered heavy favorites for his services this season.

But next season is another matter. While the future salary structure of the NBA is in flux right now, the Wizards will almost certainly have more money to offer than the Lakers, who will at best be limited to the Tax-Payer Mid-Level Exception, but would likely only be able to offer Cousins the minimum assuming they’d prefer to use that tool on someone carrying less risk. The Wizards have a bit more flexibility than that, though they will almost certainly function as an above-the-cap team. They could potentially have the full Mid-Level Exception available to offer, but if they don’t, they would at least be less hesitant to use the taxpayer version on Cousins considering their need for upside as opposed to a safe value.

Wall is not expected to play for the Wizards at Disney, so Cousins could theoretically finish this season with the Lakers or another contender before signing with Washington in time for Wall’s return. While nothing is certain, the idea of a Wall-Cousins union has never felt more possible than it does today.