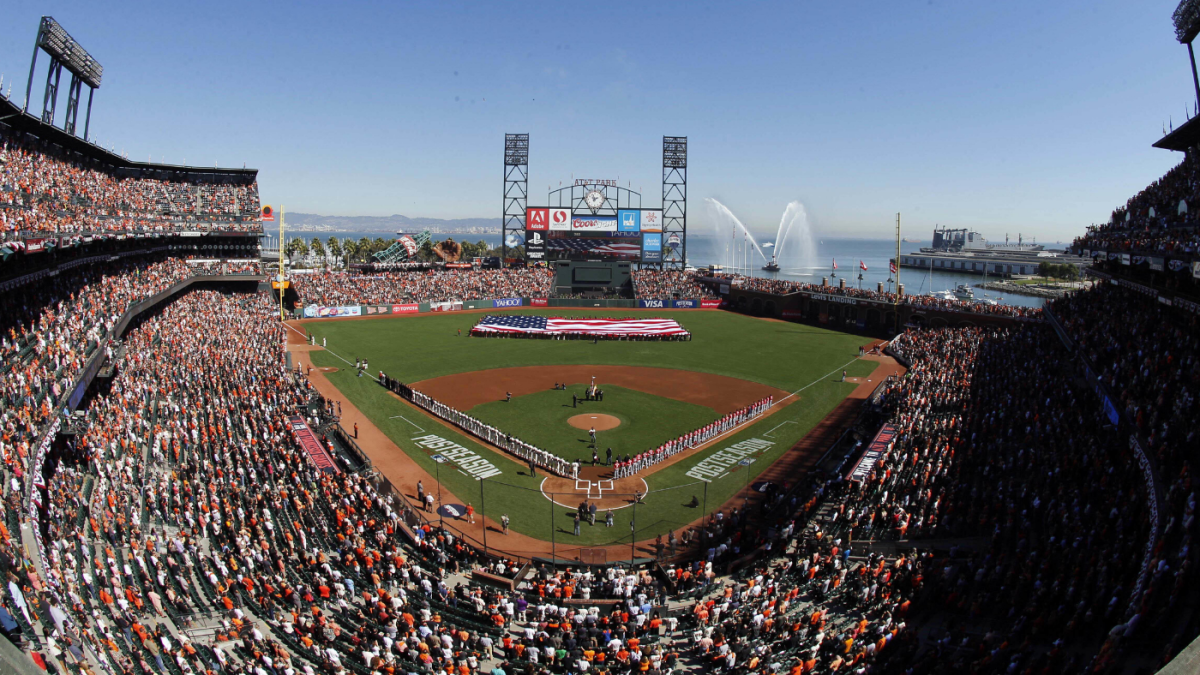 Watch Now: MLB Latest: Conflicting Reports On Negotiations (14:24)
Again, in this scenario, we’ve got 34 days to play with to wrap up by Oct. 31. The league would have the ability to stagger the NL and AL series like in years past. MLB could add days off between series if the league is willing to bleed the schedule into early November — something that has happened in the past.
Let’s say the first round is a three-game series, the divisional round is five games and the LCS and World Series rounds remain seven games. The most any given team would play is 22 games. The three-game series would need four days, the five-gamers would need seven days and the seven-game series need nine days. That’s 29 days.

The expanded playoffs are reportedly going to include 16 teams.
This absolutely works, logistically speaking, to have somewhere in the mid-60s in games starting in the middle of July with expanded playoffs. If a deal is reached this week, there would be enough time to get in three-and-a-half weeks of second “spring” training and that’s enough to get going with starting pitchers on limited workloads early in the regular season.
Signs are pointing to mid-July, with the regular season getting underway after a second “spring” training. CBS Sports HQ analyst Jim Bowden expects the season to start somewhere between July 15-20. Ken Rosenthal of The Athletic reports the league proposal has a tentative start date of either July 19 or 20.
We’re getting closer to a deal, and closer to knowing what the season might look like. So when could the 2020 season actually start?
From reports, we can gather that the season is likely to:
For the sake of this exercise, let’s say 2020 Opening Day is held July 18. They probably need 70 days to play, say, 66 games. They could throw some doubleheaders in if there are more off days are needed. Seventy days from July 20 puts the last day of the regular season Sept. 26. That’s a Saturday. They could start the expanded playoffs then on Monday, Sept. 28. That gives the league 34 days worth of possible playoff games before November.

Here’s a rough structure:
It sounds like Major League Baseball is finally making progress on a deal to play its 2020 season. There were signs of life Wednesday after commissioner Rob Manfred met with MLBPA head Tony Clark and the league made a new proposal to the union.