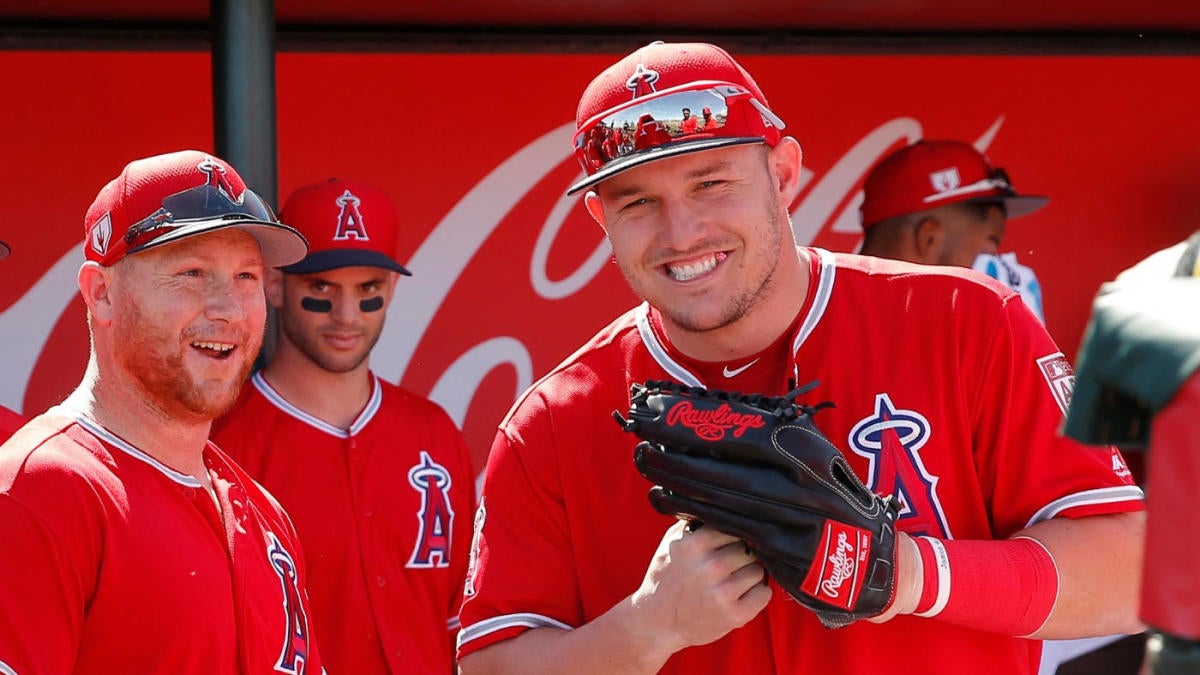 Watch Now: MLB Latest: Potential Proposal That Both Sides Will Agree On (8:37)
Fluky stuff happens anyway, though. What’s the first thing that comes to mind when I say “1987 Minnesota Twins.” I’m betting the overwhelming majority of people would say “World Series champions” instead of “85-win team that had a negative run differential who somehow beat a 98-win team in five games in the ALCS.”
I’m ready. I’m ready for all of it. The madness, the flukes, the ridiculous upsets we don’t see in other seasons, some outlandish rate stats, the new blood, the works. I’m so ready.

Some of it will be extra fun, too. Here are six things to look forward to:
Can someone hit .400 in 60 games? You bet. A .500-plus on-base percentage or .750-plus slugging? Sure! Could someone like Jacob deGrom post a 1.35 ERA? He had a 1.42 ERA in his last 13 starts last season.
With fewer games to play with, managers are less likely to take an approach of “sacrifice the rest of today in order to set up tomorrow” with pitching. They’ll be more aggressive in using their best relievers and probably won’t have to worry a ton about workload. In September we might even see a bunch of starters used in relief like they are in playoff games. Among position players, regulars will get fewer days off and the notorious “getaway day lineups” will rarely be seen.
We could do this with lots of teams (the Orioles and Adley Rutschman? Jarred Kelenic with the Mariners? Would the Rays give it a go with wunderkind Wander Franco?).
How about the 1981 World Series? “Dodgers over Yankees,” right? Not “strike-shortened season that determined the playoffs in such a way the team with the actual best record in baseball (Reds) missed the playoffs.”
Please.
Due to such a short season, the likelihood that there won’t be any minor-league action and the possibility that service-time manipulation will be a huge CBA topic after the 2021 season, I believe it’s possible some top prospects get called up who never would’ve been considered for an MLB debut in normal circumstances. The No. 1 overall pick in 2018 was Casey Mize to the Tigers. He made 15 starts in Double-A last year. Oh, and they also had the No.  1 pick this year and took college slugger Spencer Torkelson. Would they dare? Hey, TV ratings are going to matter more than ever with no fans in attendance and the Tigers have been unwatchable the last few years.
We always knew the 2020 season would be different. We can’t escape that.
We know the 2020 season is going to be the weirdest we’ve ever seen, so let’s just look at it with a glass-half-full approach and enjoy the madness. That’s what I’m planning on doing.
I’ll certainly be entertained.

There is a good chance that baseball purists everywhere will be up in arms about how the 2020 champion wasn’t a “legitimate” champion. Fake season!

3. A big wave of prospects?

The Giants won three titles in a five-year span in the 2010s and they were never the best team in the regular season. We don’t remember them as anything other than the Even Year Dynasty.
You can see where this is headed, right?
The fan base of the champion: 😎 MacKenzie Gore is the Padres‘ top pitching prospect. He dominated High-A last season before getting five starts in Double-A. Perhaps they decide to see how he’ll fare in the big-league rotation at age 21?
Given the latest news on the Major League Baseball negotiating front, it’s looking likely that the 2020 season will feature 60-something regular season games and an expanded postseason that includes more than half the league (16 teams).

4. The possibility of ridiculous rate stats

Flags fly forever. The fan bases mentioned above got to experience those titles with just as much fun and joy as, say, Yankees fans in 1998.

5. The heightened chances of fluky upsets

Knowing this, we can deduce some possibilities.

6. The bickering among fans afterward

Hell, the 2017 and 2018 champions are stained with the sign-stealing scandal. We all witnessed them win the World Series.
Here’s a preview of twenty-nine fan bases on social media after a champion is crowned: “FLUKE! DOESN’T COUNT! FAKE SEASON!”
How many teams are definitely contending types under the 162-game, 10-playoff team format? I picked 14 with several question marks. In a sprint like we’re about to see, though? I mean, I only counted six AL among those 14 and we need eight playoff teams in that league. Could the Angels win the eight seed and take down the top-seeded Yankees in a three-game series? Absolutely! Could the eight-seed Padres topple the No. 1 Dodgers? For sure, it’s definitely possible.
Some inning limitations are more high-profile than others, but just to throw out some endpoints for the purposes of illustration: Starting pitchers who haven’t pitched more than 125 innings in a regular season are generally held to around 150 innings. If they are only going to get around 12 starts this season, however, we likely won’t see any workload limits outside of injury. A good example here is Athletics‘ 22-year-old lefty Jesus Luzardo. Due to a spring training injury last season, he only worked 55 innings between the minors and majors. The A’s would then be likely to want to limit him to something like 100-110 innings this season. If he gets 12 starts, he’d need to average 8 1/3 innings per start to get to 100.
Jo Adell hit .308/.390/.553 in Double-A and saw action in Triple-A. He’d look nice next to Mike Trout in the Angels‘ outfield.