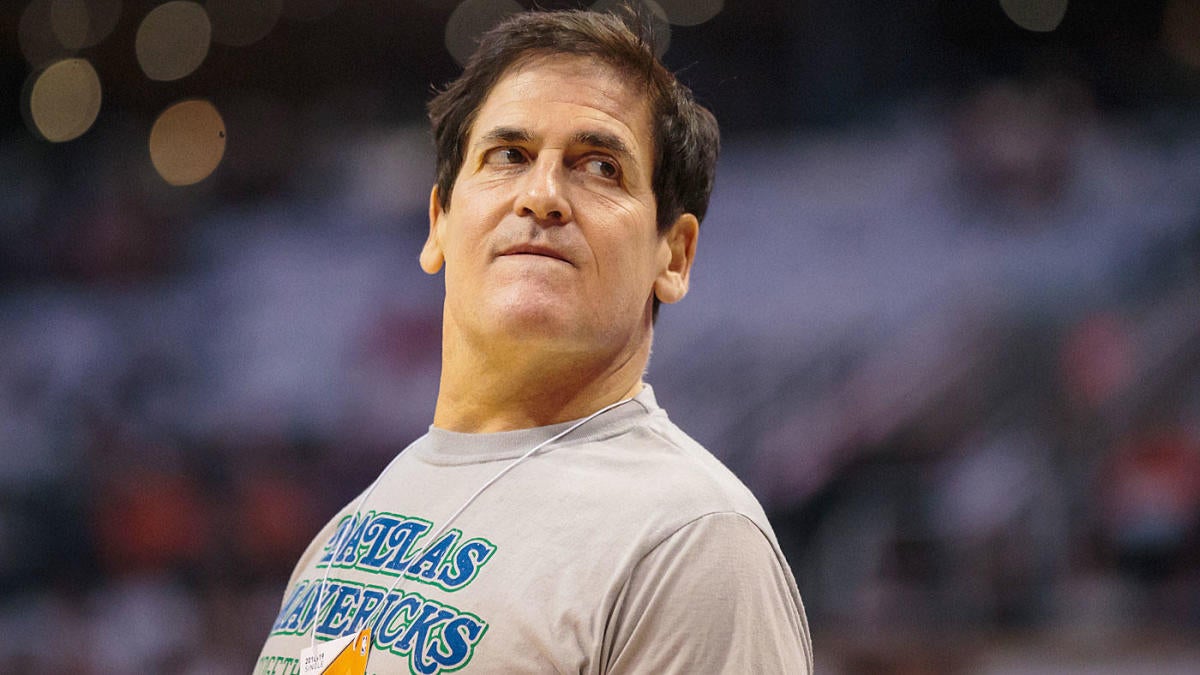 As NBA players continue to seek out ways to support the fight for racial equality and against police brutality, kneeling during the national anthem prior to games in Orlando is perhaps one of the most likely peaceful protests the league can expect. NBA rules currently dictate that all players and coaches must stand for the anthem, but if Dallas Mavericks players, in particular, decide to kneel, Mavericks owner Mark Cuban told ESPN on Thursday that he would be in full support of that decision.

“If they were taking a knee and they were being respectful, I’d be proud of them,” Cuban said on Outside the Lines. “Hopefully I’d join them.”

Cuban added that he hopes Silver and the league will adapt the rules to “allow players to do what’s in their heart.” He went on to elaborate as follows:

“Whether it’s holding their arm up in the air, whether it’s taking a knee, whatever it is, I don’t think this is an issue of respect or disrespect to the flag or to the anthem or to our country,” Cuban said. “I think this is more a reflection of our players’ commitment to this country and the fact that it’s so important to them that they’re willing to say what’s in their heart and do what they think is right.

“I’ll defer to [commissioner] Adam [Silver] on any final judgments and [players’ union executive director] Michele Roberts. But the reality is, my hope is we’ll let the players do exactly what they think is the right thing to do.”

As the ESPN article points out, Cuban becomes a notable microcosm of the country’s evolving views toward the Black Lives Matter movement because he didn’t always view kneeling during the anthem as an appropriate form of protest. From ESPN:

“This is America, and I’m proud of people who speak out civilly. That’s who we are as a country,” Cuban said at the time. “I’ll be standing there with my hand over my heart. I think the players will be [standing]. I expect them to be.”

Three years later, as the Black Lives Matter movement continues to grow following the death of George Floyd while in police custody in Minneapolis, Cuban explained what has changed his mindset.

“So I’ll stand in unison with our players, whatever they choose to do. But again, when our players in the NBA do what’s in their heart, when they do what they feel represents who they are and look to move this country forward when it comes to race relationships, I think that’s a beautiful thing and I’ll be proud of them.”

Cuban has been an outspoken critic of Donald Trump and has been rumored as a presidential candidate himself, an idea he has openly admitted to considering. Though Cuban wasn’t implicated personally and repeatedly stated he had “no idea” what was going on underneath him, a seven-month investigation in 2018 revealed “numerous instances of sexual harassment and other improper workplace conduct” within the Mavericks organization on Cuban’s watch.

It’s worth pointing this out as an illustration of Cuban’s proven willingness to admit mistakes, take actions to rectify them, and ultimately reconsider his role in advancing important social movements. Per the Dallas Morning News: “Cuban agreed to contribute $10 million to organizations committed to supporting the leadership and development of women and combating domestic violence.”

Cuban also instituted an entirely new Human Resources approach within the Mavericks organization to better identify with and relate to the workplace and personal perspectives of women. He also hired a woman, Cynthia Marshall, as the new Mavericks CEO and, as Marshall said in a 2018 interview on ESPN’s The Jump, gave his new CEO a mandate to “transform the culture.”

During this current time of social unrest, speaking out in support of any potential players who might want to kneel in peaceful protest of police brutality and racial inequality shines another positive light on his willingness to open his mind and recognize the problems facing his organization and the world at large.