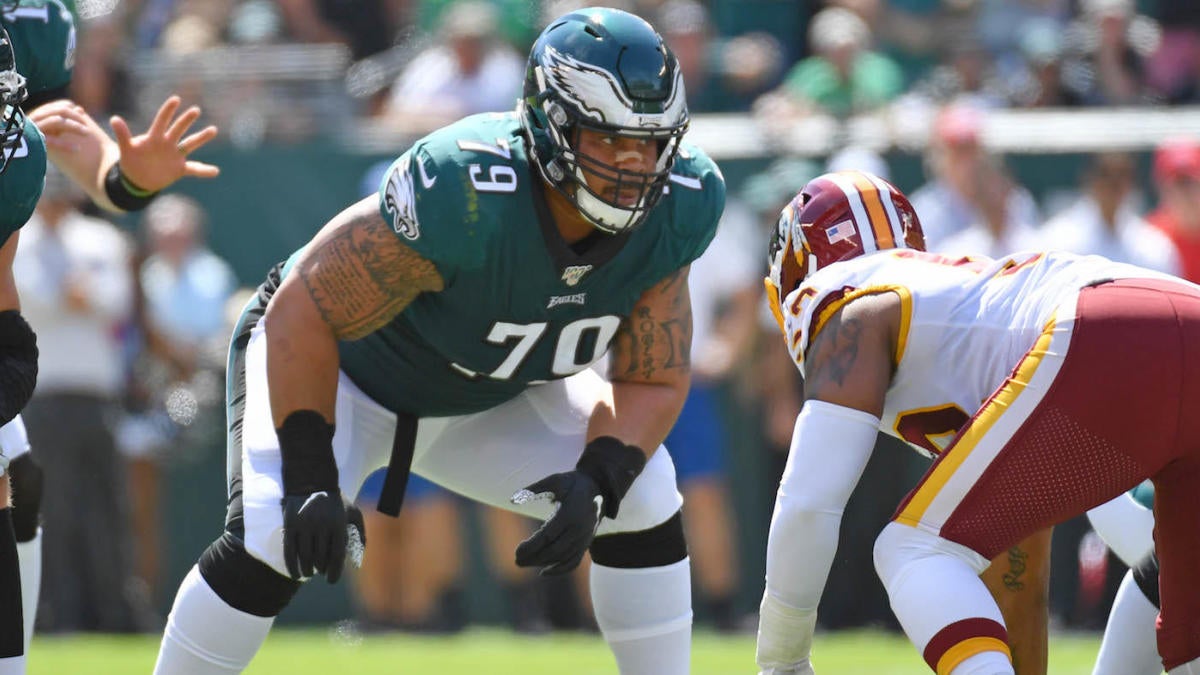 Philadelphia Eagles starting right guard Brandon Brooks has suffered a torn left Achilles and will miss the entire 2020 season, as first reported by Derrick Gunn of NBC Sports Philadephia. The 30-year-old suffered the injury while working out at the NovaCare Complex, the Eagles training facility, on Monday and, as Gunn reports, “knew the severity of the injury right away and was devastated.”

Brooks has been a key figure along Philly’s offensive line since joining the club in 2016 after spending the first four years of his career in Houston as a member of the Texans. Over the last three seasons, he has started in all 48 regular-season games, played in 95% of the offensive snaps and was selected to the Pro Bowl each season. Unfortunately for Brooks, this isn’t the first time he’s gone down this road as he also tore his right Achilles during the 2018 playoffs in the Divisional Round against the New Orleans Saints. Brooks was able to return in 2019, however, and play in all 16 regular-season games.

Once word got out of Brooks’ latest injury, the Pro Bowl guard, who just inked a four-year, $54.2 million contract extension back in November that keeps him in Philly through 2024, took to Twitter to confirm the news.

On top of those two Achilles tears, Brooks also needed surgery this offseason after dislocating his shoulder in the regular-season finale, which kept him out of Philly’s playoff loss to the Seahawks. That injury was the reason Brooks was allowed to rehab and work out at the NovaCare Complex. The Eagles didn’t fare too well without Brooks in that playoff game.

As for what’s next for Philadelphia, they could always turn to old friend Jason Peters, who remains unsigned and has turned down a couple offers from other teams, per Gunn. Both sides have kept the door open for a possible return and this injury to Brooks could be what further intensifies that possibility. One other option would be fellow Pro Bowl guard Larry Warford, who was released by the Saints earlier this offseason and is still a free agent.