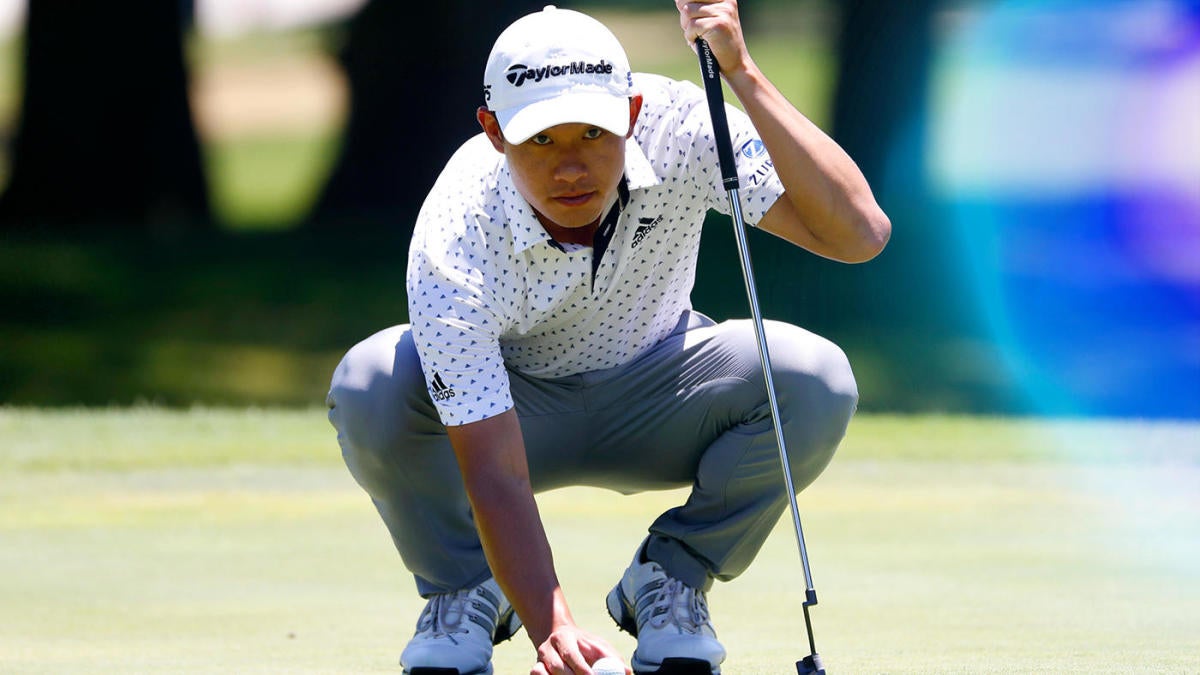 For most of the summer of 2019, the biggest question within nerdy (and even broad) golf circles was which of the elite amateurs who turned professional before or after the U.S. Open would churn out the best career. At the Travelers Championship almost exactly 12 months ago this week, Matthew Wolff, Viktor Hovland and Collin Morikawa were joined by Justin Suh at a press conference to field questions about what it was like to be among the best amateurs in recent memory and what goals they had as they turned pro.

The crux of the argument then was whether Wolff or Hovland — both former Oklahoma State golfers — would end up being the best of the group. They were both younger and more hyped than Morikawa (as well as Suh, who was not as centric to the conversation then or now).

Instead, it’s Morikawa who has had the best year and positioned himself as the new leader out in front of a group that could someday rival the Jordan Spieth-Justin Thomas class of 2011 that has just burned up the PGA Tour. Hovland, Wolff and Morikawa have all won PGA Tour events — and all three at times have been electric — but it’s Morikawa who nearly hung the biggest pelt by losing the Charles Schwab Challenge on Sunday in a playoff to another 2011 guy, Daniel Berger. It’s Morikawa who is ranked in the top 30 in the world (ahead of Rickie Fowler and Francesco Molinari) and was fifth in the Sagarin rankings before finishing second at Colonial. It’s Morikawa who has made 21 straight cuts to start his pro career.

At that press conference at the Travelers, Morikawa talked about a formative dinner he had with Thomas. It was helpful, he said, to understand that he was simply competing against other human beings. Not machines or robots, but people who strive valiantly and often fail.

“What I didn’t know was that Justin Rose, when he first turned pro, he missed 20 something cuts,” Morikawa said. “I don’t know if it was in a row or in a large stretch, but look where he is now. It’s a long journey. We’re not just here to play for a couple years. We’re here for a lifetime. This is what we love to do. That’s the best advice I’ve gotten so far.”

Rose was among those on the leaderboard Morikawa nearly downed on Sunday. So was Thomas. So were most of the stars and superstars of today’s PGA Tour. The former Cal Bear gave them all a show, finishing third in approach shots and second from tee to green. He is maybe the best iron player in the world right now. He ranks fourth in approach shots and is in the top 20 in strokes gained overall despite ranking outside the top 150 in putting. It would be difficult to find somebody deep inside the game who thinks Morikawa is anything other than a top-15 or top-20 player in the world.

My colleague Mark Immelman recently compared his iron play to Ben Hogan, which I told him was a bit strong for my taste but then he nearly went and won at Hogan’s Alley on Sunday. To accentuate the point, Morikawa hit a wedge into the 18th with the tournament on the line that made my knees jelly and my head swim.

After getting a nice break on a pulled tee shot, he had 130 yards to the hole. He knew birdie would likely win the tournament. He hit this little leaning, held-off wedge to 6 feet on the water side of the cup. A good shot in normal conditions. A “wait, how good is this guy going to be?” shot in these conditions. He of course missed the putt and then missed a 3-footer in the playoff for the second runner-up finish of his career, but the damage here had been done.

On a week in which the biggest dogs in the sport circled the top of the leaderboard, Morikawa — rife with confidence as one of the best ball-strikers on Tour — did not seem out of place. He fit in. He took blows and delivered them. While Wolff and Hovland undoubtedly have loads of wins and monstrous careers ahead of them, Morikawa is the better player right now and could stay out in front for a long time.

“And then I think when it comes to winning,” Morikawa said at that Travelers presser one year ago, “I wouldn’t be surprised. I don’t think any of us would be.”

All three players have won since he said that, but Morikawa almost became the first to make it two victories on Sunday. For now though, the conversation from last summer is over. Morikawa is the best of the group that turned pro just one year ago and among the very best players on the planet. Somebody who can contend in and win every single tournament he plays. He won’t be surprised when it happens, and after what unfolded at Colonial Country Club, neither should you.