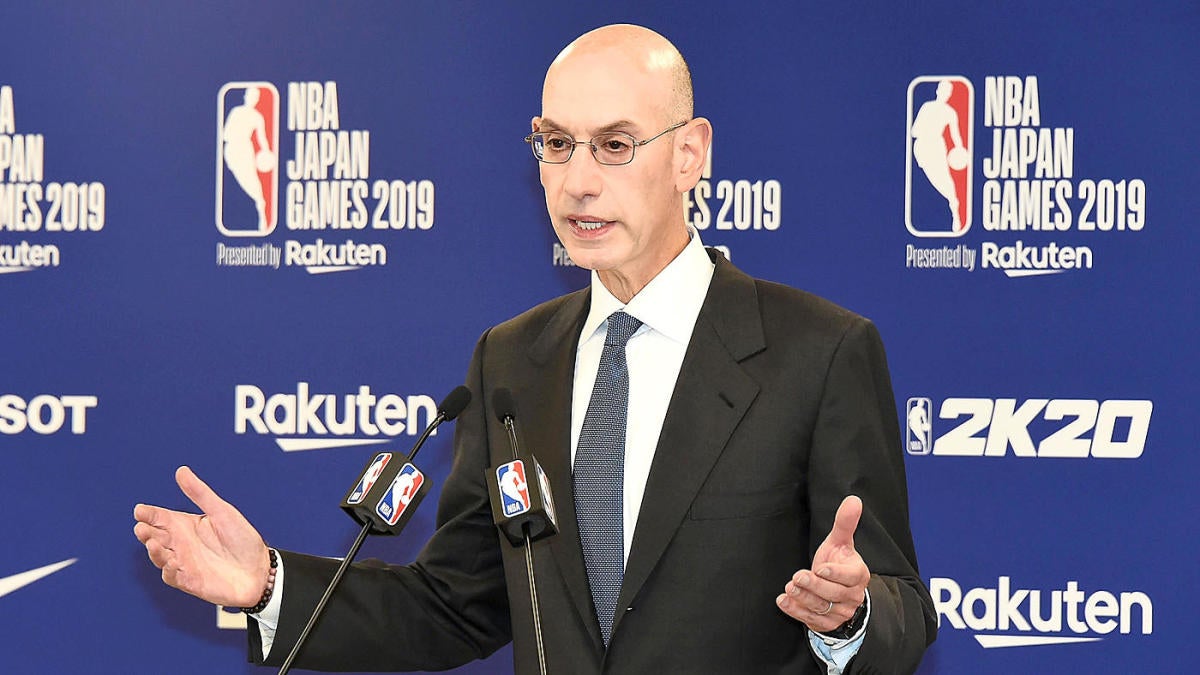 Watch Now: Time to Schein: Kyrie Irving wants players to sit out for the rest of the NBA season (1:16)

Over the past several days, the idea that some NBA players would skip the season’s return at Disney World in Orlando has gone from a possibility to an inevitability. Kyrie Irving and Avery Bradley are leading a fight to cancel the season in order to deprive fans of a distraction from the social justice issues plaguing the country. Danny Green, the Lakers‘ union rep, has claimed hotel accommodations are the biggest concerns for players. Positive coronavirus tests continue to spike in Central Florida.

NBA commissioner Adam Silver is aware of these concerns. On an interview with Mike Greenberg on ESPN’s “SportsCenter,” he had a simple message: not everyone is going to come, and that is OK. The NBA has reached an agreement with players stating that the decision not to play in Orlando will not be viewed as a breach of contract.

“I can only say, it may not be for everyone. It will entail enormous sacrifice on behalf of those players and for everyone involved, the coaches, the referees. Listen, it’s not an ideal situation. We’re trying to find a way to our own normal in the middle of a pandemic, in the middle of essentially a recession or worse with 40 million unemployed. And now with enormous social unrest in the country. So as we work through these issues, I can understand how some players may feel that it’s not for them. And like you said, it could be for a host of reasons, it may be for family reasons, it may be for health reasons they have, or it may be because they feel, as some players have said very recently, that their time is best spent elsewhere. So again, we’re dealing with a player’s association representing 450 guys, 22 teams, when you can include the two-way players we’re talking about bringing roughly 375 players down to Orlando, and not surprisingly, there’s not a uniform view among those players. My sense is, we’re going to be able to work through most of those issues during the next few weeks, but as I’ve said, we also have an arrangement with the player’s association where if a player chooses not to come, it’s not a breach of his contract. We accept that.”

No players have definitively stated that they will skip games at Disney yet, but the idea has been broached. Dwight Howard is reportedly uncertain of whether he will play. Carmelo Anthony is in the same boat. The NBA is in the process of forming a panel of physicians to evaluate the health risk of entrants into the bubble, most notably older coaches, but it is not clear at this time what power they would have to either keep people out or dock their salary if they decide not to play despite being healthy enough to do so.

Damian Lillard later appeared on “SportsCenter” and declared that while he is not fully comfortable with the setup in Orlando, he is willing to take that risk both for his own sake and for what his presence can mean for others.

Silver echoed those sentiments. There are risks involved, but there was no perfect solution here, so the NBA’s goal is merely to put together the best and safest season it can.

“We feel that this is what we do. We put on NBA basketball. For the country we think it will be a respite from enormous difficulties that people are dealing with in their lives right now. And I also think that in terms of social justice issues, it’ll be an opportunity for NBA players and the greater community to draw attention to these issues because the world’s attention will be on the NBA in Orlando, Florida, if we can pull this off.”

A number of players, including Irving, Bradley and Howard, have argued that the NBA’s return would actually do more harm than good. Never before has social justice reform had such momentum domestically, and players are concerned that playing could distract people and take their focus off of the bigger issues at play right now.

Silver did not directly address any plans that the league has for highlighting these issues at Disney, and talks are ongoing. He argued that players could use their downtime in Orlando, of which there will likely be plenty, to champion causes they believe in, and also mentioned the idea of a speaker series in Orlando with guests chosen by players. But if the NBA plans to directly present any sort of organized message against racism during games, it is not yet known.

This situation is fluid. The union or the virus could still upend the potentially resumed season. But Silver’s message was one of optimism. Although the NBA won’t look like it normally does, he expects the season to be concluded as planned in Orlando.