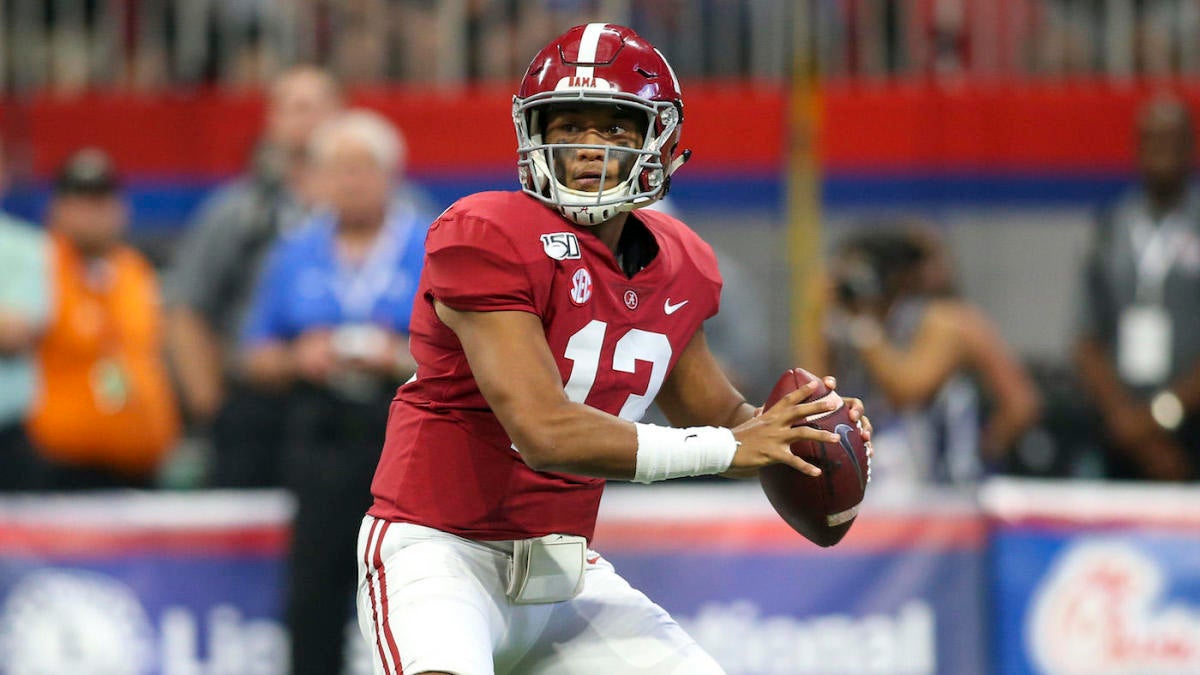 Tua Tagovailoa is making rather significant strides as he continues to recover from that devastating hip injury that cut his final season at Alabama short. The Dolphins quarterback, who was selected No. 5 overall at the 2020 NFL Draft, is in the process of moving to Miami to begin working at the team facility, which will provide Brian Flores and the rest of the Fins brass the chance to finally see their top pick up-close. When they do, it appears like they’ll see a version of Tagovailoa that is ahead of schedule in terms of his recovery.

“He’s doing miraculously well,” Kevin Wilk, Tagovailoa’s physical therapist at the Champion Sports Medicine facility in Birmingham, Alabama, told Safid Deen of the South Flordia Sun Sentinel. “The miraculous part is that he healed so well. The second part is, he’s been so well at getting his strength back, which usually takes a long time after something like this.”

To get that “miraculous” description, Tagovailoa has been putting in significant amounts of time rehabbing. He’s spent around 3 1/2 hours each workout on his hip, ankles, and left shoulder as he continues to prepare for his rookie season, per Dean. Along with recovering from that hip injury, Tagovailoa also underwent tight-rope procedures on his ankles while at Alabama, which is why he’s putting some of the emphasis on that rehab as well. As for the left shoulder, the quarterback is simply trying to keep his throwing strength up. Wilk also told the Sun Sentinel that Tagovailoa’s blood supply in his hip area was not compromised, which was an issue that Bo Jackson faced with his infamous hip injury that led to bone deterioration.

“He’s a little bit ahead as far as where we would like him,” Wilk said. “We’re constantly trying to slow him down just a little bit because an athlete like that is just chomping at the bit just begging to get back out there. He wants to do more and more so we have to hold him back. And really, that was from the beginning. He always wanted to do more.”

Along with the rehabilitation, Tagovailoa has stayed at the facility to take part in Zoom meetings for the Dolphins offseason program, fully immersing himself in trying to be ready for the 2020 season. Wilk said that Tagovailoa is in shape, but still needs to get into “South Florida football shape,” highlighting that there is still a ways to go in his recovery, despite the encouraging process.

As Tagovailoa returns to form, the question of whether or not he’ll play in 2020 or go through a redshirt season will come to the forefront. This injury would make it seem unlikely for him to be ready to start Week 1, but if he continues to progress at this rate it’s not out of the question for him to be ready to roll at some point soon after. Whenever that time comes, Tagovailoa will be competing with Ryan Fitzpatrick and Josh Rosen for playing time under center.