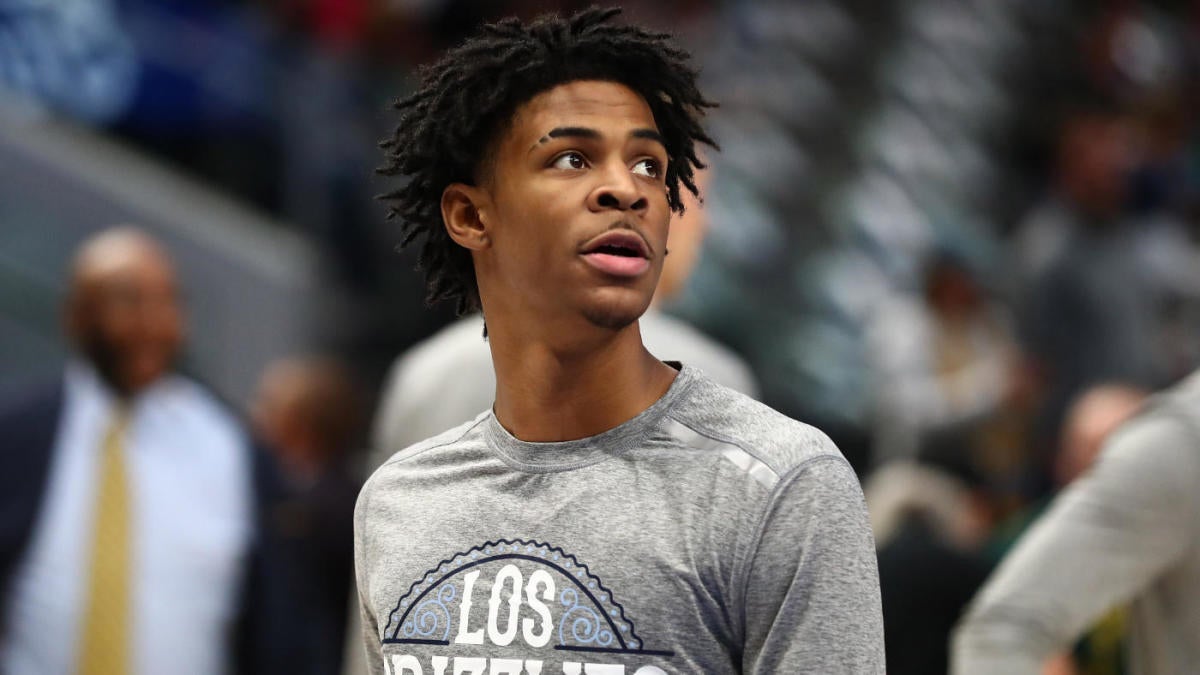 Watch Now: Tiki and Tierney: Players are not enthusiastic about NBA’s restart plan (1:55)

Ja Morant’s terrific rookie season has the Memphis Grizzlies in position to return to the playoffs for the first time since 2017, but at the moment there are far more pressing issues facing the country than finishing the 2019-20 NBA season.

The coronavirus pandemic is still devastating the country, and after Minneapolis police killed George Floyd in late May, unprecedented protests calling attention to police brutality and racial injustice have erupted in every state. As a result, there’s a growing group of players, led by Kyrie Irving, who don’t want to resume the season at all, believing it would be a distraction from the more important problems facing their communities.

From players such as Jaylen Brown leading and joining in peaceful protests, to LeBron James and others starting a voting rights group, NBA players have already started doing important work. Morant is the latest to use his voice to call for change.

Penning a letter to a county judge in Kentucky, Morant called for the removal of a Confederate monument in downtown Murray. Morant spent two years at Murray State before becoming the No. 2 overall pick in the 2019 NBA Draft.

His letter in full:

To the Honorable Kenneth C. Imes,

My name is Ja Morant. I was a student athlete at Murray State University (2017-2019), member of the Racers OVC Conference Championship basketball team, and the second overall pick in the 2019 NBA Draft by the Memphis Grizzlies. I want to introduce myself to you and share my concerns about a symbol of white supremacy, racism and hate on display in the community. I am writing to ask that you immediately remove the Confederate statue in the court square of downtown Murray.

I am extremely proud of my ties to Murray State. I am honored to have spent two years at the university. My college experience positioned me for success and truly helped my achieve my dreams. Murray felt like a second home from the minute I stepped on campus and became a part of the Murray State community. It is full of people, families and students from all different backgrounds. As a young Black man, I cannot stress enough how disturbing and oppressive it is to know the city still honors a Confederate war general defending white supremacy and hatred.

Given recent events and the Black Lives Matter movement, it’s necessary to act now. We can’t change the culture of racism unless we change the celebration of racism. Please help us take a stand and remove the symbol of hatred and oppression.

In Murray, there is a statue of Robert E. Lee, as well as a monument to soldiers who fought in the Confederate Army during the Civil War. As protests continue, Confederate monuments have become a target for obvious reasons; they represent everything the Black Lives Matter movement is fighting against.

Protestors in Virginia and Alabama have taken things into their own hands by pulling down statues in Richmond and Montgomery. Meanwhile, states across the South have plans to remove or relocate prominent statues.

An assistant football coach at Murray State has also called for the monument in Murray to be removed, though the issue appears set for a legal battle, according to WPSD-TV in Paducah, Kentucky.