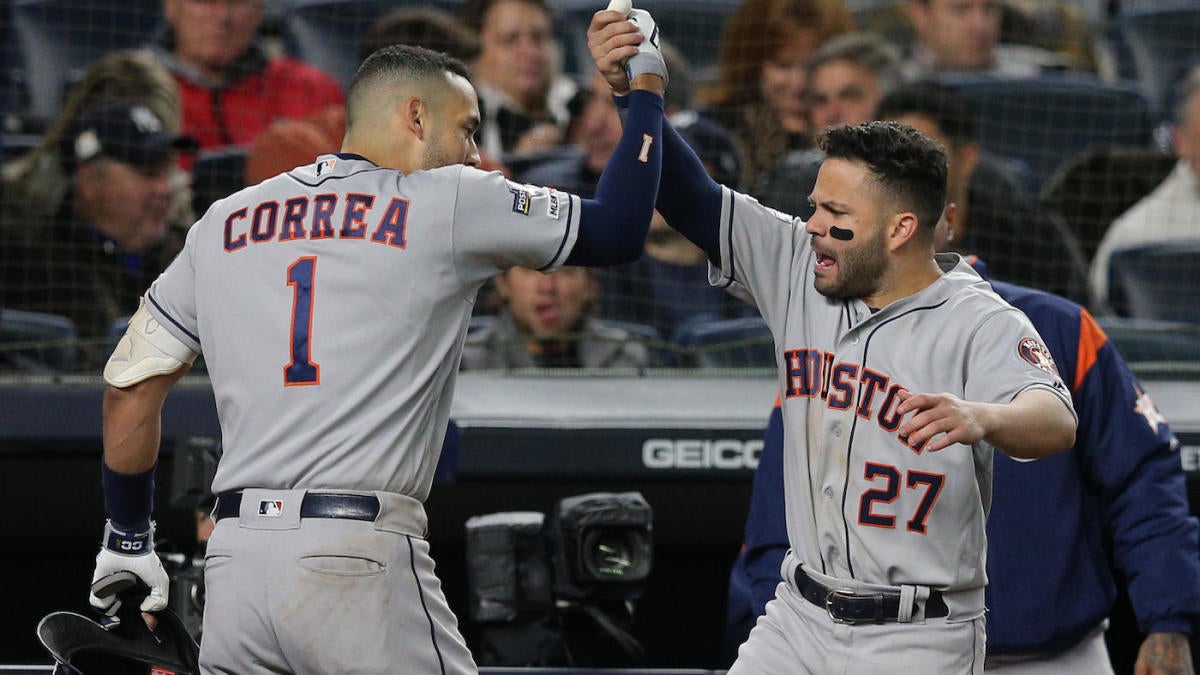 Watch Now: MLB Makes New Proposal To MLBPA To Restart Season (7:10)
Astros outfielder Josh Reddick led the contingent of reactions on social media, with teammates Carlos Correa, Lance McCullers Jr. and Myles Straw all joining in.
MLB had originally scheduled to launch its season on March 26. Two weeks prior, the league was forced to hit pause, alongside every other in-season professional sports league, due to the spread of COVID-19.
On Friday, MLB owners sent their latest proposal to players for a 72-game season with 70 percent prorated salaries and set the deadline for a response for Sunday night. On Wednesday, before the start of the MLB draft, commissioner Rob Manfred guaranteed a season would be played in 2020 even if the two sides fail to reach a labor deal. In 2017, Manfred fined both the Yankees and Red Sox for misconduct, with the Yankees’ offenses allegedly occurring in 2015 and 2016. The Yankees received their warning and fine before MLB updated their league rules regarding electronic sign-stealing following the 2017 season. On Friday, news broke that U.S. District Court judge Jed Rakoff ruled that the New York Yankees must unseal a letter they received from MLB Commissioner Rob Manfred in 2017 about the league’s findings from their investigation into a possible sign-stealing scandal. As of now, no details of the letter are known to the public.
The Astros were punished for stealing signs via illegal technology use earlier this year. The Houston Astros franchise and its players had remained mostly quiet about the findings of the league’s months-long investigation into their illegal sign-stealing, up until spring training began, when they then conducted a perfunctory apology press conference. But, it didn’t take very long for Houston Astros players to share their thoughts on this recent Yankees news.