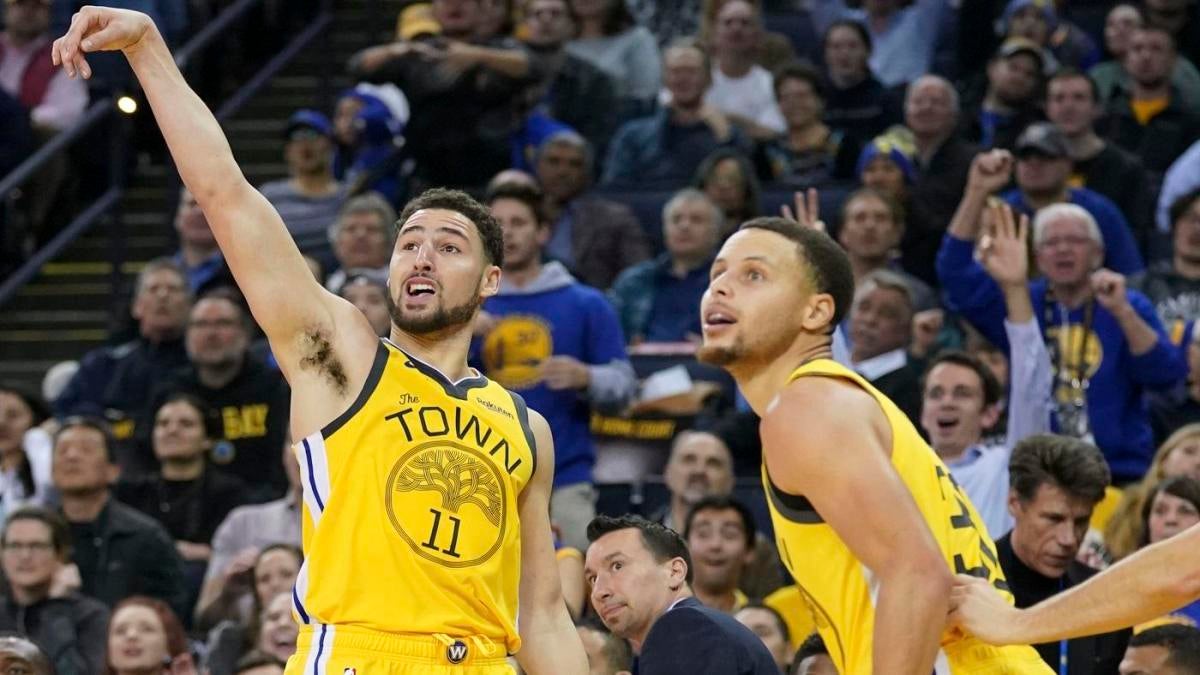 You may have heard the unprecedented, surreal 2019-20 Golden State Warriors season occasionally referred to as a “gap year,” and the term couldn’t be more appropriate. But instead of backpacking across Europe or teaching an English class in Japan as a means to personal enlightenment, the Warriors took an uncharted five-month detour from their championship-contending ways to delve into the dusty basement of player development, lowered expectations and ping pong balls.

Gap years generally involve traveling to a new destination (first year in Chase Center), meeting new people along the way (22 players logged minutes for Golden State this season) and exploring possibilities you never previously imagined (having the worst record in the league the season after competing in a fifth straight NBA Finals). So yes, the Warriors certainly had a gap year, which officially came to an end when the NBA chose not to invite them to the Disney bubble, though coach Steve Kerr had already publicly stated that he felt his team’s season was over shortly after Rudy Gobert’s positive COVID-19 test led to the NBA shutdown in mid-March.

As the virtually unrecognizable roster was unveiled in a media day that Willie Cauley-Stein likened to the first day at a new school, Warriors fans held onto the slightest glimmer of hope for a Finals return when the season began, even with Kevin Durant in Brooklyn, Andre Iguodala sitting in purgatory after being traded to Memphis, and Klay Thompson rehabbing the surgically-repaired ACL he suffered in the last-ever game at Oracle Arena. If Stephen Curry, Draymond Green and newly acquired D’Angelo Russell could keep Golden State in contention and earn a decent playoff seed, the thinking went, Thompson’s potential return in March or April could put the Warriors right back into the championship race. That optimism didn’t last long.

Losing their first two games by a combined 47 points quelled those aspirations, and the fragile house of Warriors playing cards came tumbling to the NBA floor in the team’s fourth game of the season the night before Halloween, when Curry’s left hand fractured under the full weight of 260-pound Phoenix Suns center Aron Baynes.

In a way, it was a blessing.

No longer burdened with the pressure of its own unfairly lofty standard of success, the franchise fully embraced the development of young players and reclamation projects. The rabid Bay Area fan base accustomed to cheering for Curry, Thompson, Durant and Green yearly on the NBA’s biggest stage slowly accepted the reality of starting lineups that occasionally featured players like Mychal Mulder, Ky Bowman, Jordan Poole, Juan Toscano-Anderson and Omari Spellman.

The result was a league-worst 15 wins, which in the modern scope of championship-or-tank mentality could bizarrely be considered its own victory. And the victories didn’t stop there. Rookie forward Eric Paschall averaged 14 points per game on 50 percent shooting, establishing himself as a rotation piece moving forward. The Warriors showcased veterans Alec Burks (16.1 points per game) and Glenn Robinson (12.9) for the first half of the season, fetching three second-round picks from the 76ers in exchange for both players at the trade deadline. Green played half as many total minutes as he had averaged the previous five seasons. Marquese Chriss, the front office’s most successful project, blossomed into a potential starting center. And perhaps most importantly, the team got a long enough look at Russell to realize he wasn’t part of their future plans, and replaced him with Andrew Wiggins, a much better positional fit, along with a potentially valuable future draft pick from the Minnesota Timberwolves.

The Warriors hope that all these small steps, coupled with the healthy return of the Splash Brothers, will help them reclaim their spot in the Western Conference hierarchy.

That’s the positive spin following a 15-win season, but there are many questions still to be answered before we schedule the 2021 victory parade on the hilly streets of downtown San Francisco. By missing out on the final 17 games of the season, the Warriors lose what could have been a valuable evaluation period for the Curry-Wiggins-Green combination. Barring injury, that trio will comprise three-fifths of next season’s starting lineup, so the front office would have loved to have seen them in action before being forced to decide what to do with their likely top-five, possibly No. 1, draft pick in October. If they didn’t like what they saw from Wiggins, they could be more tempted to grab an NBA-ready wing or even attempt to package Wiggins with the pick in a trade for a bigger star.

Now, as one of the eight teams not invited to Orlando to resume the 2019-20 season, they’ll have to rely on a potential mini-camp in July, August or September to see what they’re working with, an idea that Kerr is fond of.

“We definitely need to get our team together for a period of time. I don’t know for how long. But we definitely need to be together and have practice sessions,” Kerr told reporters on Tuesday, via The Athletic. “Given that 22 teams are going to be able to do a couple weeks of practice, a couple weeks of games, while the rest of us are not part of that, the league is sensitive to giving us the space we need.”

There’s also the question of how the Warriors, who currently owe over $130 million to four players next season, will improve their roster. Even before devastating injuries to Durant and Thompson last postseason, the Warriors’ depth was suspect at best. The $17.2 million trade exception created from the Iguodala trade could certainly help, but they’d likely need to throw in picks or young assets to acquire a player at that price, which could undo all the future-building work the Warriors did this season and would require ownership to go further into the luxury tax. If they’re unwilling to part with those assets, they’re likely looking at players who don’t necessarily move the needle.

If they don’t use the exception, the roughly $6 million taxpayer mid-level exception is their best way to add an impact veteran, as the Warriors once again finding themselves in the position of hoping a player will take less than he’s worth on a one-year deal to join a winner.

The final caveat: A return to Warriors glory assumes health for Curry and Green, plus a smooth recovery for Thompson — which may be dangerous assumptions at this point in their careers. The toll of five straight 100-plus-game seasons reared its ugly head last postseason, so there’s no guarantee it won’t arise again for players on the backside of their primes.

Warriors fans can safely put the long, strange trip of the 2019-20 season behind them, but they should also be cautioned that the coming season might be even more unpredictable.