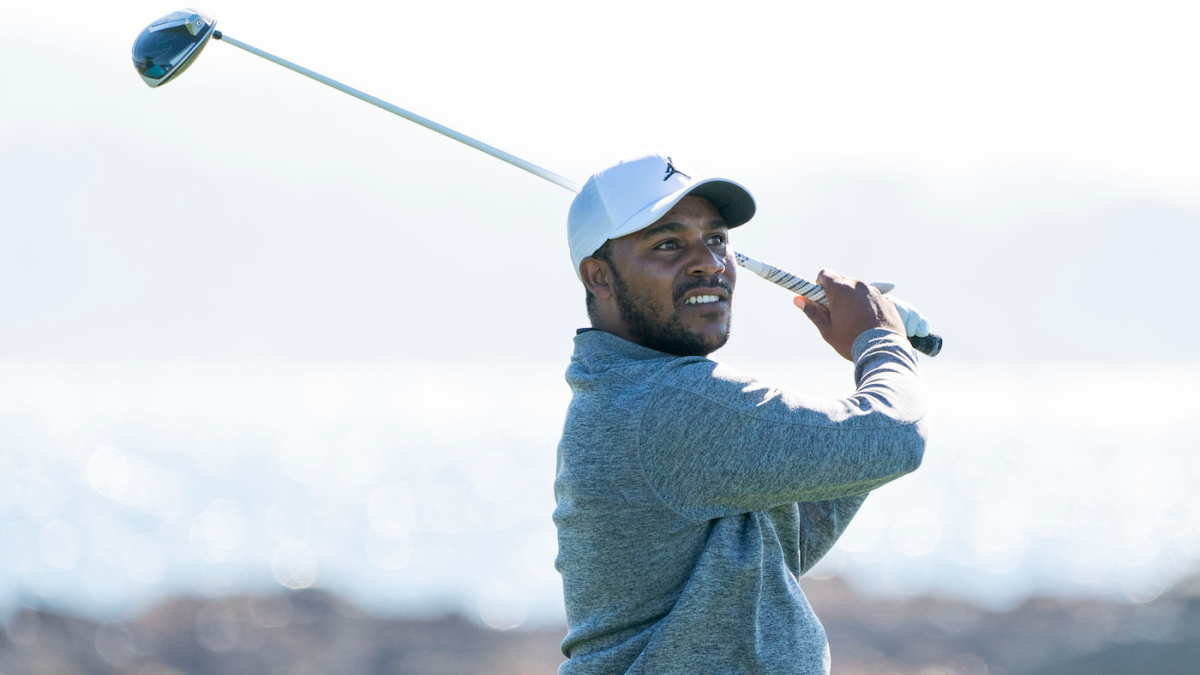 The PGA Tour returns this week with the Charles Schwab Challenge in the middle of two national crises. The first is obviously the coronavirus pandemic, which is why there was a three-month pause in professional golf to begin with. The second is the recent death of George Floyd at the hands of the Minneapolis police and ensuing race relations protests in the United States.

It’s a heady (and heavy) topic that the PGA Tour is attempting to address. To honor Floyd (and add to the conversation) this week, there will be no tee time at 8:46 a.m. CT. This time, which represents the 8 minutes and 46 seconds Floyd was held to the ground before dying, has become a rallying cry within the Black Lives Matter movement.

PGA Tour commissioner Jay Monahan brought African-American golfer Harold Varner III into the mix last week in a sit-down conversation after Varner, one of the few African-Americans on the PGA Tour, wrote a letter expressing his viewpoints and experiences. He said the end result of that letter was that it broadened the conversation both for himself and for those around him who read it.

“…The coolest thing about the letter I got to say that I’ve been helped by every type of race possible, and then it was all of a sudden, ‘Harold should say something because he’s black,'” Varner said Tuesday. “I don’t like when people are like, just because you’re black you know the answers to racism.

He was also asked about the PGA Tour’s decision regarding the tribute to Floyd this week at Colonial Country Club in Fort Worth, Texas. He said it seems to be more of a beginning than an end, which is a good thing.

“I think there will be discussion,” Varner said. “I think some will forget about it. I think so many people will move on, but the conversation I had with Jay when we weren’t being recorded, I think this week won’t be the last week, because it’s getting to the point where everyone has a voice that if the PGA Tour was to forget it, they would get hounded every day. So it’s just kind of like yes, they’re pressured, but I also think that it’s the right thing to do, and I think Jay knows that, so I’m super behind him on that. We got to talking about some things where I come from, what I think about it.”

Spaniard Jon Rahm has also been outspoken about unity on social media and again addressed it on Tuesday in Fort Worth as he prepares to play with world No. 1 Rory McIlroy and No. 3 Brooks Koepka over the first two days of the event.

“It’s trying to raise awareness to everybody, and I mean, now it’s become the biggest civil rights movement in history,” Rahm said. “… I just felt like I had to be a part of it and try to reach as many people as possible.

“To me, it’s as simple as that. And when this whole thing broke out, I’ve tried to reach out to understand more profoundly what’s going on because if I’ve somehow experienced a little bit of what racism can be like, I can’t imagine what some people have experienced throughout their whole life, right. And at the same time, as an athlete let’s say in a mainly white sport with somewhat of a platform on social media, it was my … belief to support this cause and try to reach as many people as possible.

“I understand you can’t make everybody aware of everything, but if I can just have one more person understand the situation and support it, to me it’s a win.”

The Tour will blow a horn for a moment of silence this week at 8:46 a.m. as players are asked to stop and “pause for reflection as a demonstration of support for the Tour’s commitment to addressing racial and social injustices” in the United States and around the world.