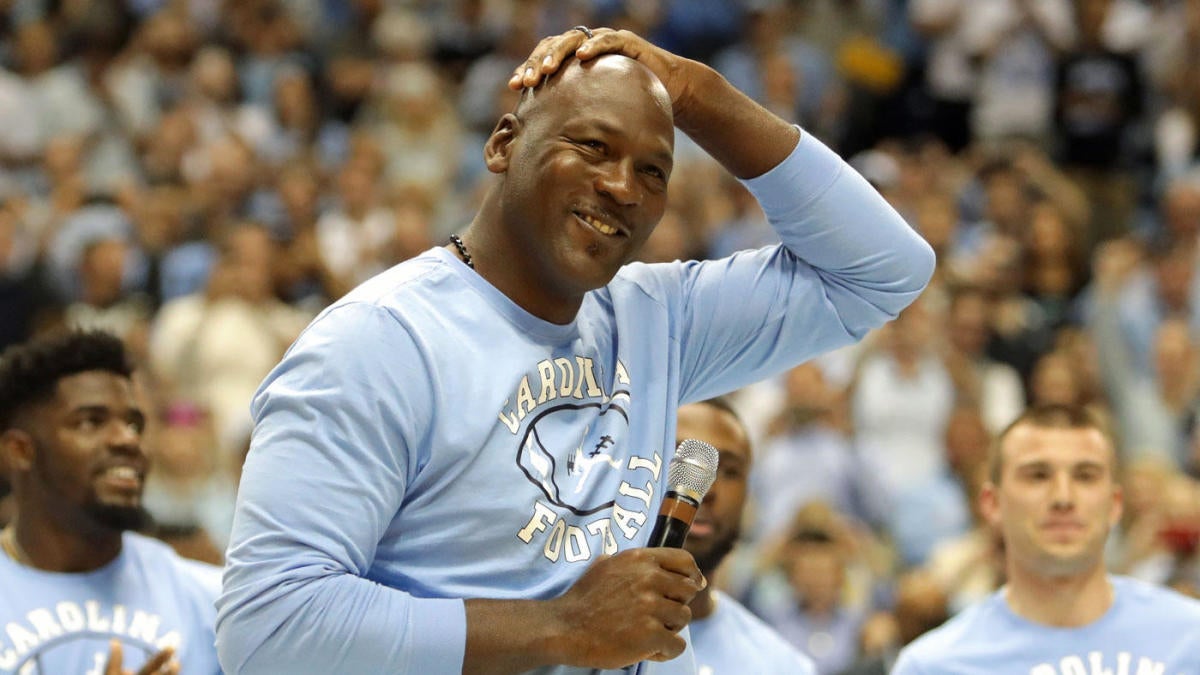 Michael Jordan took his 80-foot, $8 million convertible Viking sportfishing yacht to Morehead City, North Carolina to take part in the Big Rock Fishing Tournament. This is the NBA legend’s first time competing in the tournament, which is a non-profit event to raise money for local charities.

The boat is named “Catch 23,” a nod to his iconic number.

Of course, No. 23 did not miss a detail on the boat, which has his Jordan Brand elephant print along the side and a panther on the stern.

The graphics match his plane, because why have a yacht and a plane if you aren’t going to make them coordinate, right?

On Monday, the second day of the tournament, local station WITN reported that the boat brought in a 442.3-pound marlin.

According to National Geographic, marlins average anywhere from 200 to 400 pounds, but can weigh over 1,985 pounds. If M.J. wants to reel in one of those, to quote Jaws, he’s gonna need a bigger boat.

Jordan is used to being crowned champion, but right now a boat called ‘The Predator’ is in the lead with a 494-pound blue marlin.

Up for grabs is The Fabulous Fisherman prize and $552,500, which will go to the first boat to bring in a big blue that weighs over 500 pounds.

With a net worth of over $2 billion, Jordan doesn’t exactly need the money, but I’m sure he’d love to add another title to his resume.

The fishing boat has many features including a hydraulic bow thruster, a centralized seawater system, dual freshwater pumps, Veem S-class propellers and manual back-up, according to HaulOverinlet.com. It sleeps 10 guests and has a top speed of 48 mph.

Jordan does a lot more with his money than purchase impressive boats, however. Just last week he committed to donating $100 million over ten years to help organizations that “ensure racial equality, social justice and greater access to education.”