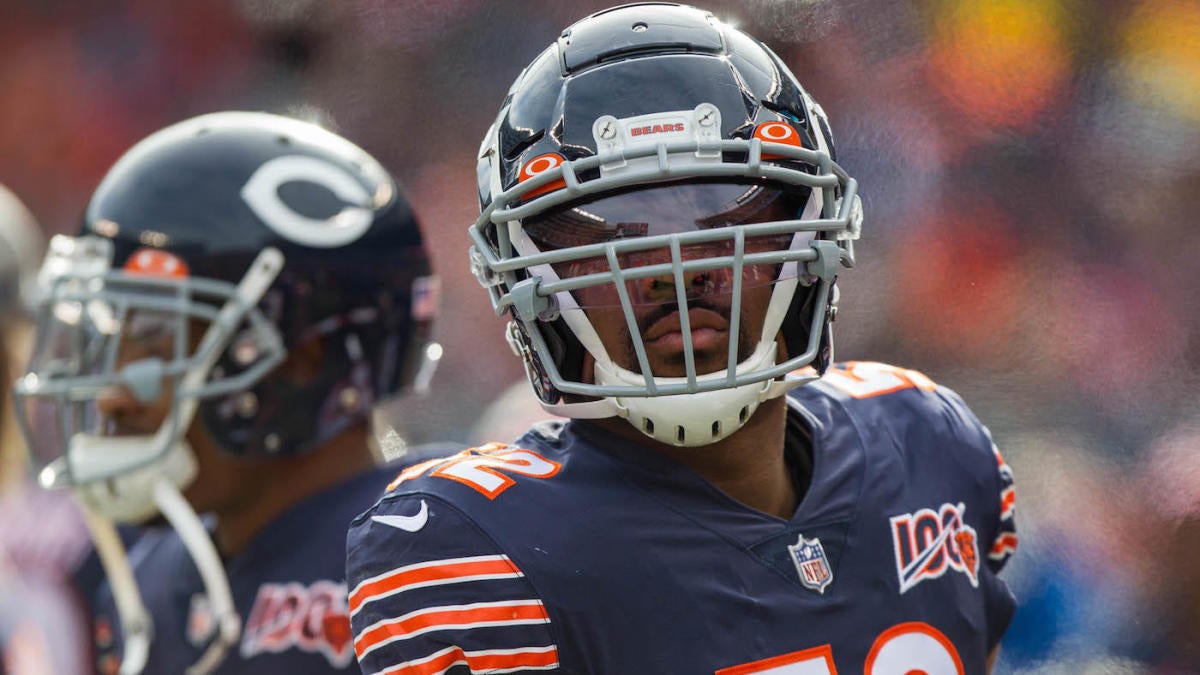 After a disappointing 8-8 season that fell well short of the standards established during Matt Nagy’s first season in charge — a 12-4 season that was cut short by one missed field goal — it can be easy to forget just how much better off the Bears are than they were only four or five years ago. Across Nagy’s first two seasons in charge, the Bears have gone 20-12, which represents their best two-year stretch since the mid-2000s. Nagy doesn’t deserve all of the credit for the Bears’ resurgence. For as much as general manager Ryan Pace is (correctly) criticized for his inability to fix the franchise’s problem at quarterback and his very flawed approach to drafting, he’s built one of the best Bears rosters of the past decade — a low bar, sure, but an accomplishment nonetheless.

The Bears’ talent on both sides of the ball is evident when examining their unofficial depth chart. No, they haven’t found an adequate long-term solution at quarterback. Yes, they have far too many (bad) tight ends on their roster. But the Bears also feature one of the league’s top defenses and enough weapons around their quarterback, whoever it ends up being, to field a competent offense. Below, you’ll find an analysis of the Bears’ depth chart — or rather, what we project their depth chart could look like come Week 1.

For the purposes of this exercise, we will be projecting the top-four players at each position on both offense and defense, and the top-two players at each position on special teams. Like all teams, the Bears currently have a bloated roster that’ll remain oversized until the season begins. This exercise is an attempt to sort through the jumble to present a roster that could mirror the team’s roster come Week 1.

Without further delay, onto the Bears’ projected depth chart.

The Bears plan to hold a quarterback competition throughout the summer after trading for Nick Foles, who will battle Mitchell Trubisky, the incumbent. As of June, it’s not clear which quarterback will emerge with the Week 1 starting job. Here, we went with Foles atop the depth chart, although it wouldn’t be that surprising if it’s Trubisky who is starting Week 1 given the truncated offseason and his familiarity with the system. It also wouldn’t be surprising if both quarterbacks start at least one game during the 2020 season. The quarterback situation remains very much murky and in flux, which is the one thing still holding back this otherwise playoff-caliber roster.

At running back, it’s worth noting that both David Montgomery and Tarik Cohen should garner a ton of reps — with Montgomery taking on a more traditional RB1 role and Cohen serving as more of a pass-catching, versatile option coming out of the backfield. In 2019, Montgomery racked up 267 total touches — 124 more than Cohen. Hence, his position atop the depth chart. Still, Cohen should remain heavily involved in the offense.

In terms of pass catchers, the Bears’ top-two receiving slots appear to be filled with Allen Robinson (an established star) and Anthony Miller (poised for a Year-3 breakout), but a third spot has been up for grabs ever since they cut Taylor Gabriel. The top candidates to replace Gabriel? Javon Wims, Riley Ridley, and Ted Ginn. It very well might involve a split between the trio of receivers. Ginn has the experience, but he’s coming off consecutive disappointing seasons. Wims and Ridley hold clear promise, but they’ve yet to prove their effectiveness at the NFL level. It should be an intriguing battle to watch this summer.

Much has been made about the Bears’ penchant for collecting tight ends, but there’s a clear stratification atop the depth chart with rookie Cole Kmet and veteran newcomer Jimmy Graham as the frontrunners. Behind them, former second-round pick Adam Shaheen remains an intriguing option, but until he actually experiences a breakout, he’ll remain nothing more than a potential impact player. Demetrius Harris, who signed with Chicago this offseason, is probably a better bet to see the field. Put another way, the Bears wouldn’t have spent their first draft pick on Kmet if they still believed in Shaheen.

Finally, up front, the Bears’ offensive line is set in stone at every position except right guard, where a competition is expected to unfold between Rashaad Coward and Germain Ifedi after Kyle Long retired in the offseason. Coward started 10 games and made 13 total appearances for the Bears last year while Ifedi started 60 games for the Seahawks over the past four years. The competition could swing either way, but I’d feel more comfortable betting on Ifedi.

Up front, the Bears’ defense is set with a strong front-three composed of Hicks, Goldman, and Nichols, edge rushers Khalil Mack and Robert Quinn — an upgrade over last year’s starter, Leonard Floyd — and inside linebackers Danny Trevathan and Roquan Smith. What’s notable is that the Bears no longer have backup inside linebacker Nick Kwiatkoski, who filled in admirably last season. Kwiatkoski turned his breakout season into a full-time starting opportunity with the Raiders.

Behind the front-seven is where it gets a bit dicier. Kyle Fuller is locked in as the top corner. Buster Skrine should continue to man the slot. The second outside corner spot, however, is up for grabs. Jaylon Johnson, a second-round pick, figures to be that guy for the long-term, but it’s unclear if he’ll win the job coming out of the summer. His competition? Kevin Toliver, Artie Burns, and a whole lot of other subpar options. It’s a mess. Given where the Bears selected him and the level of his competition, I’ll take Johnson to win the job.

Behind the corners, Eddie Jackson remains in place as the team’s top playmaker, but once again, he’ll be forced to adjust to a new partner. While Deon Bush could be that guy, I’d be more willing to gamble on Tashaun Gipson — a reliable veteran — to win the job after signing a deal with the Bears in the second portion of free agency.

Not much drama here, unlike a year ago when the Bears held a major competition at the kicker position. Pineiro, who won that competition, appears to have a firm hold on the job.

The only notable addition to the depth chart is Trevor Davis, but Davis is likely stuck behind Patterson and Cohen for return reps.