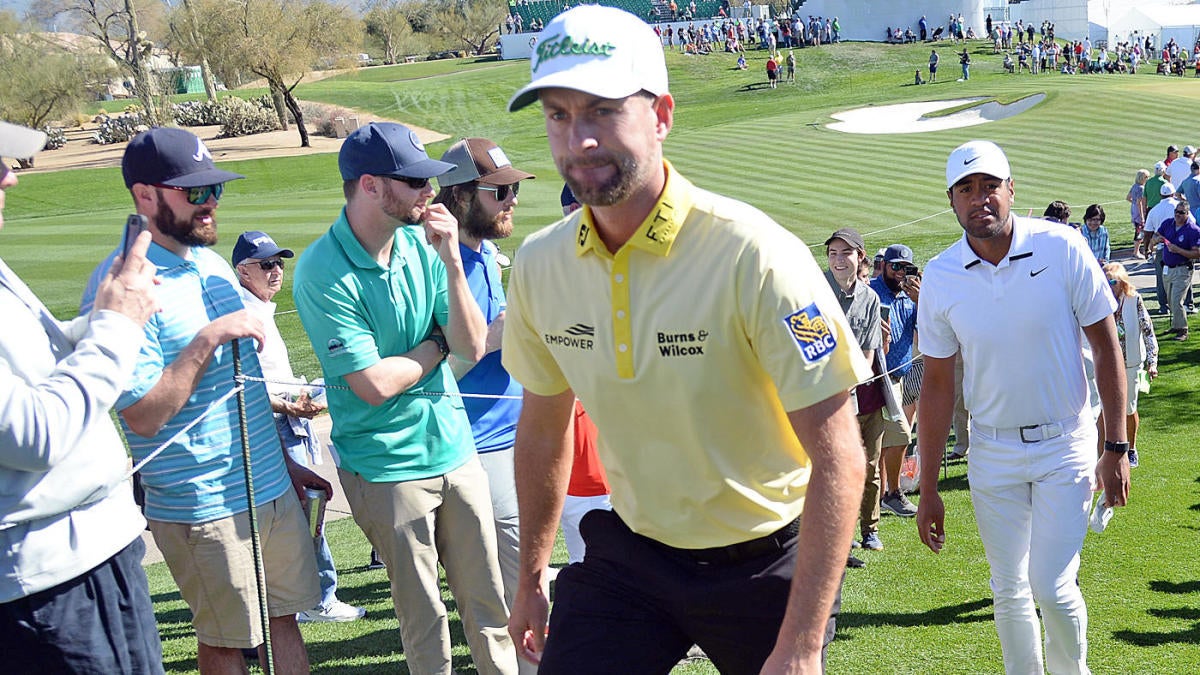 What: Charles Schwab Challenge
When: June 11-14
Where: Colonial Country Club — Fort Worth, Texas

1. Empty Colonial: I think everyone is aware by now that Colonial Country Club is going to be a ghost town compared to what it normally is for this event. No fans and skeleton crews elsewhere, including on the coverage where CBS Sports chairman Sean McManus said Monday that his production and broadcast group would be at 50% capacity. This could be incredibly odd, especially in the way we consume it on television, and will definitely set a tone for the next few events.

2. Absolute heater: One thing that’s been a little lost in all the pandemic talk is just how miserably hot it is right now in Fort Worth. There was a reason the PGA Tour didn’t schedule events in Texas in the summer, and we’re going to see it this weekend. Whether that affects how the tournament plays out remains to be seen, but it will definitely be a talking point throughout the week.

3. Coronavirus WDs: We are entering into a scenario in which a player could be leading on a Friday night and forced to withdraw on a Saturday night if he catches the virus. That’s not likely to happen, but just the reality that it’s a possibility is incredible.

Tournament debutantes like Rory McIlroy and Justin Thomas tell you all you need to know about this field. After three months off, nobody wants to miss out on the first tournament back. Of the top 20 players in the world, only Adam Scott, Patrick Cantlay, Tommy Fleetwood and Tiger Woods will miss out on the event this week, which is unheard of for a regular PGA Tour event such as this one (we likely won’t see Woods for a few more weeks).

As Justin Ray pointed out, this is a tournament that’s never even had the top two players in the world. Now it has the top five, and that doesn’t even include names like Rickie Fowler, Jordan Spieth and Phil Mickelson, who are all currently outside the top 25 in the world. This is easily the best field in Colonial history. Grade: A+

1. Bryson DeChambeau to top 10 (+275): Big beefy Bryson was quietly piecing together a terrific season before the pandemic. The leader in driving distance on the PGA Tour right now could overpower the course. He has four top 10s in his last five starts.

2. Rory McIlroy or Justin Thomas to win (5-1): You’re getting two of the top three players in the world (easily?) and only getting slightly worse odds than only picking McIlroy to win. Love this one, and I could easily see a leaderboard on Sunday with the most talented players in the world on it (which would included these two guys). When so much time has been taken off — and because nobody is coming in on a hot streak — often talent rises up early on. That’s what I’m banking on here.

3. First-round leader — Jordan Spieth (45-1): It’s almost too easy to envision! Spieth has absolutely mauled this course in recent years (see below). Even last season, one of his worst as a pro, he finished in the top 10 here and was one stroke back of Tony Finau’s lead after 18 holes.

1 — Finishes Spieth has outside the top 15 in seven starts at Colonial.

4 — Made cuts Collin Morikawa is away from tying Tiger Woods with 25 straight on the PGA Tour to start a career.

1,458 — FedEx Cup points our leader — are you ready for this? — Sungjae Im has enering the event. Again, it’s June 9, and Im leads the FedEx Cup race.

Who will win the Charles Schwab Challenge, and which long shots will stun the golfing world? Visit SportsLine now to see the projected leaderboard, all from the model that’s nailed six golf majors.