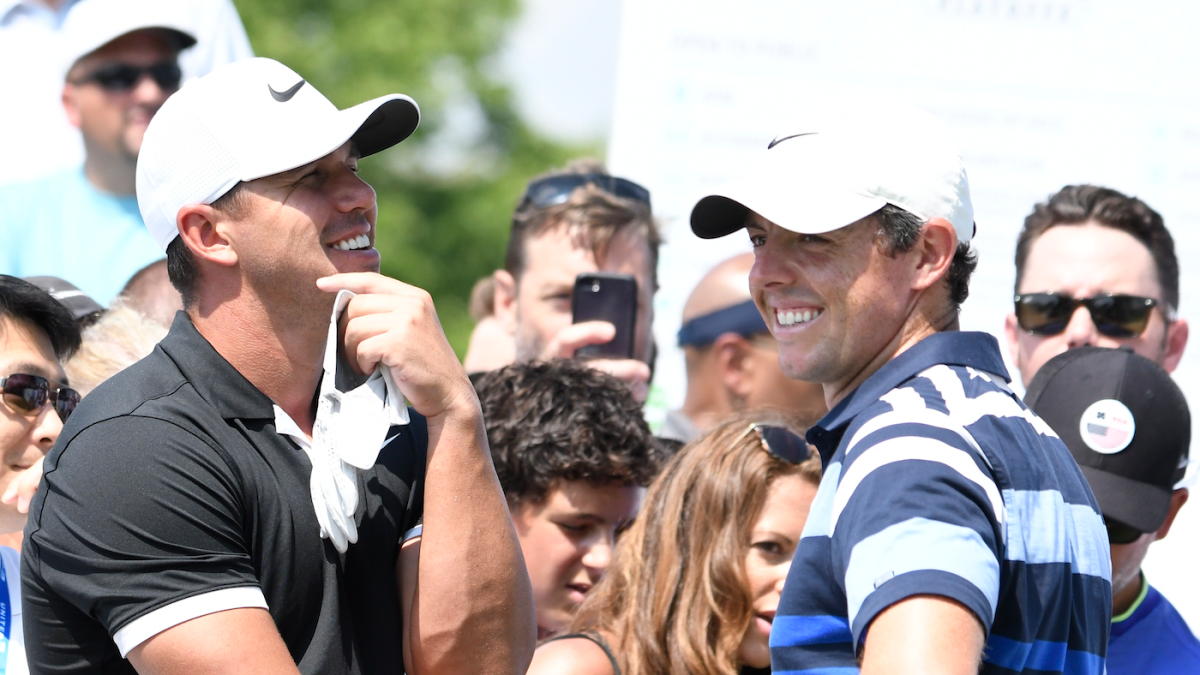 Watch Now: What To Make Of The Charles Schwab Featured Groups (2:48)

This week’s Charles Schwab Challenge — the PGA Tour’s first event in three months — has a little bit of a major championship feel. Some of that is because we got the longest break we’ve had from pro golf in the modern era, of course, but a lot of it is dependent on who’s at the event this week.

Even without Tiger Woods, you have nearly every other big name in the sport right now. That’s 16 of the top 20 in the world, including all of the top five. The Tour has grouped players accordingly. We get a handful of super groups this week to kick off what will surely be a torrid 15-month stretch for the sport. Here’s a look.

This is akin to a Players Championship week with all the heavyweights in these groups, and we’re not even including Jason Day, Tony Finau, Sergio Garcia, Sungjae Im, Xander Schauffele, Webb Simpson or Matthew Wolff.

The bottom line here is that this field is absolutely loaded. Like, “this feels like a major championship week” loaded. It comes at a great time, too. Not only has it been too long since we’ve had professional golf, but Colonial is a course that can stand up to this field.

Despite its nickname — Hogan’s Alley — Colonial is anything but narrow. Its wide fairways and emphasis on playing the proper angles into these greens are a shotmaker’s dream, and we have plenty of shotmaker’s at this tournament.

This also means we’re likely to get an elite winner this week. If you were to take those 12 players above and give me the rest of the field, you would probably feel pretty good about yourself going into the week. Most of the top guys in the world, an elite, fun course and the restart of professional sports after so many months away portend for a tremendous Charles Schwab Challenge this weekend in Fort Worth.