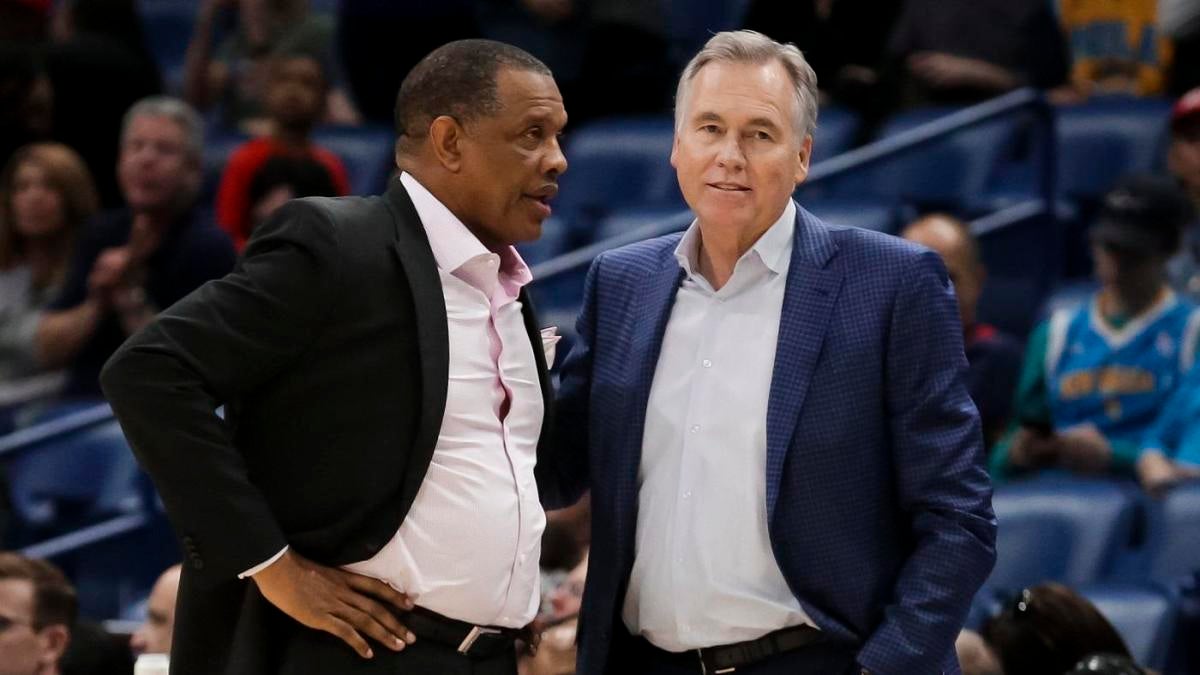 The NBA board of governors approved the league’s return to play proposal on Thursday by a vote of 29-1. Assuming the players pass the plan during their vote on Friday, basketball will return on July 31 at Disney World in Orlando. Twenty-two teams will be in attendance, and they’ll play eight regular season games before a full playoffs.

But while we now have the details on key dates, including the league’s desire to start the 2020-21 season on Dec. 1, there are still all sorts of logistics to sort out. Health and safety is obviously paramount during a pandemic, and the league still hasn’t outlined their plan to deal with COVID-19.

One key issue in that area is what to do about older coaches and staffers. That’s been a concern dating back months, as the coronavirus is much more of a risk for those 65 and older. During an interview on Thursday night, NBA commissioner Adam Silver said “certain coaches” may not be able to be on the bench “in order to protect them.”

In the group of 22 teams invited to Orlando, Spurs head coach Gregg Popovich (71), Rockets head coach Mike D’Antoni (68) and Pelicans head coach Alvin Gentry (65) are all 65 or older. In addition, Trail Blazers head coach Terry Stotts is 62, and Mavericks head coach Rick Carlisle is 60, while numerous assistant coaches are in that age range.

Carlisle, the president of the Coach’s Association, spoke with Silver on Thursday and claimed that the commissioner walked his stance back a bit.

“I just spoke to Adam Silver and he admitted that he jumped the gun with his statement to TNT,” Carlisle told ESPN’s Adrian Wojnarowski. “The health and safety of our coaches is first and foremost. It’s entirely possible that an NBA coach in his 60’s or 70’s could be healthier than someone in their 30’s or 40’s. The conversation should never be solely about a person’s age. Adam assured me that we would work through this together to help determine what is both safe and fair for all of our coaches.”

Extra safety precautions may be necessary to keep these coaches safe, and having them stay away from the bench area appears to be one the league is looking at. Early indications, however, indicate that the coaches aren’t interested in being protected to that extent. Both D’Antoni and Gentry told ESPN they don’t believe they should even be forced to wear masks, and Gentry was adamant about his desire to coach.

“At the end of the day, they’re the league,” Gentry told ESPN’s Ramona Shelburne. “They’re going to make the choice. I think it’s unfair if that’s what they’re doing. I understand the risk that I’m taking if I do get it. But hell, I want to be with my team and do my job. That’s what they hired me for.”

As the comments from both Silver and the coaches show, there are plenty of moving parts here. It certainly seems like the league wanted to finalize a timeline and a schedule before really diving into the specifics of how everything would work on and off the court in Orlando.