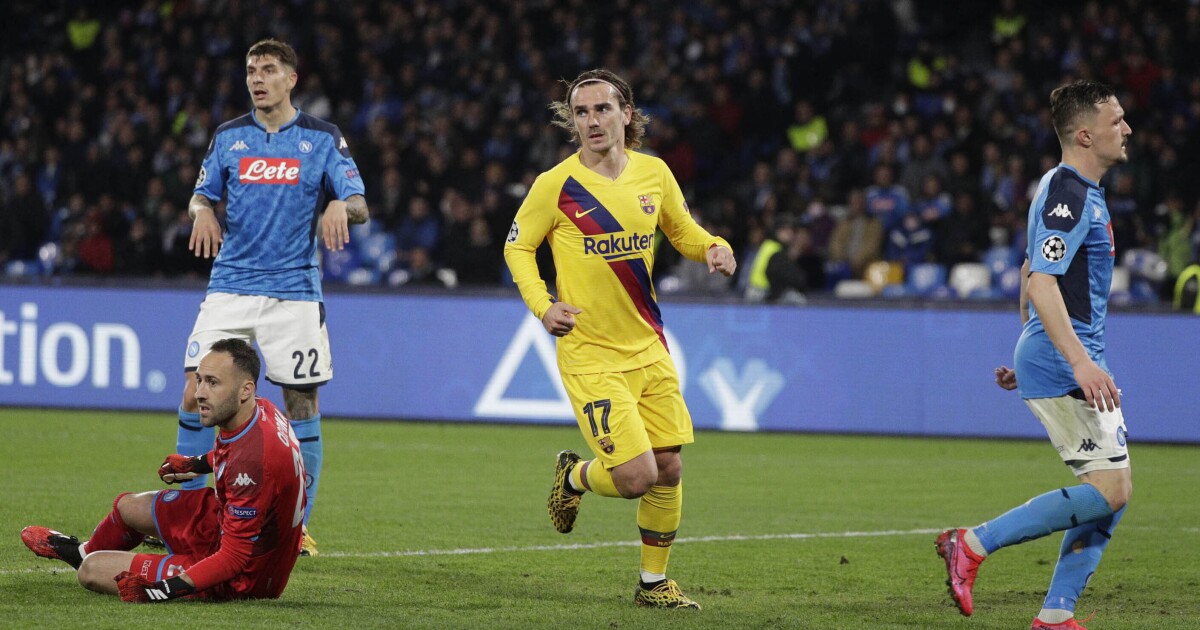 Antoine Griezmann agreed to a Zoom interview this week because his employer, Spanish soccer power Barcelona, had some news to announce.

But first Griezmann had an announcement of his own: the World Cup champion wants to finish his career in MLS.

That doesn’t exactly qualify as news because Griezmann has said it before. But when he said it the first time it seemed like a joke, with Griezmann saying he wanted to come to the U.S. because he loves the NFL, the NBA and, best of all, because no one recognizes him here.

This week he listed a season or two in MLS among a bucket list of goals he’d like to check off before retiring.

“Winning La Liga and the Champions League with Barca would be a dream, and also my objective,” he said in Spanish. “After that winning whatever comes. There’s another World Cup so the World Cup in Qatar. And after that MLS.

“I don’t know with which team, but I really want to play there. For me it’s an objective to end my career in the United States with the possibility of playing well and being a big part of the team and fighting for a title.”

At 29, Griezmann, who returns to the field June 13 when Barcelona ends from a three-month pause forced by novel coronavirus’ deadly spread through Spain, is in the prime of his career. He was named Man of the Match in the 2018 World Cup final, leading France to its second title in 20 years. This season, his first with Barcelona, he is second on the team in starts and third in goals (8) and assists (4).

He’s also in the first year of a five-season $95-million contract with the Spanish champions, meaning the MLS is several seasons away at best.

But it’s never too early to think about the future, which brings us to the real reason Griezmann was on the Zoom call. On Wednesday, Barcelona announced the launch of the streaming service Barca TV+, the linchpin of the team’s rapidly expanding digital strategy. The over-the-top service, available on the club’s website and app, will include live and delayed game broadcasts in addition to exclusive video series and documentaries — more than a few of which feature Griezmann, who hasn’t ruled out a post-playing career in television.

“He’s someone that really gets it, that enjoys doing that. And he has been extremely open to be part of that.”

The newly minted Barca TV, with 1,000 hours of content, is part of a growing movement among mega clubs like Barcelona, which has 350 million online followers and is looking for new ways to serve a swelling and global audience.

“For the club it is something strategic to have a direct contact with our fans around the world,” said Didac Lee, a Barcelona board member and entrepreneur and innovator in new technology. But it also provides a way to monetize that fan base by offering both registration and subscription services, with the latter costing about $5.50 a month.

“The monetization of the digital fan is like the Holy Grail that all the sports clubs are pursuing,” Lee said. “But none of all have fully succeed.”

The expansion of Barcelona’s digital footprint also puts the team atop another growing wave in international business, one that goes beyond just sports, by turning the club into a global entertainment brand much as French club Paris Saint-Germain has made itself into a fashion brand.

“And if we are competing for this share of attention of our audience, our rivals are not only on the pitch. Our rivals, our competitors, are the main streaming platforms, video games, YouTube. They are streaming content 24/7.

“We want to be in that intersection between sports and entertainment, the sports-tainment, because sports is evolving into entertainment. Barca, as a club with a global brand, this is something we can do.”