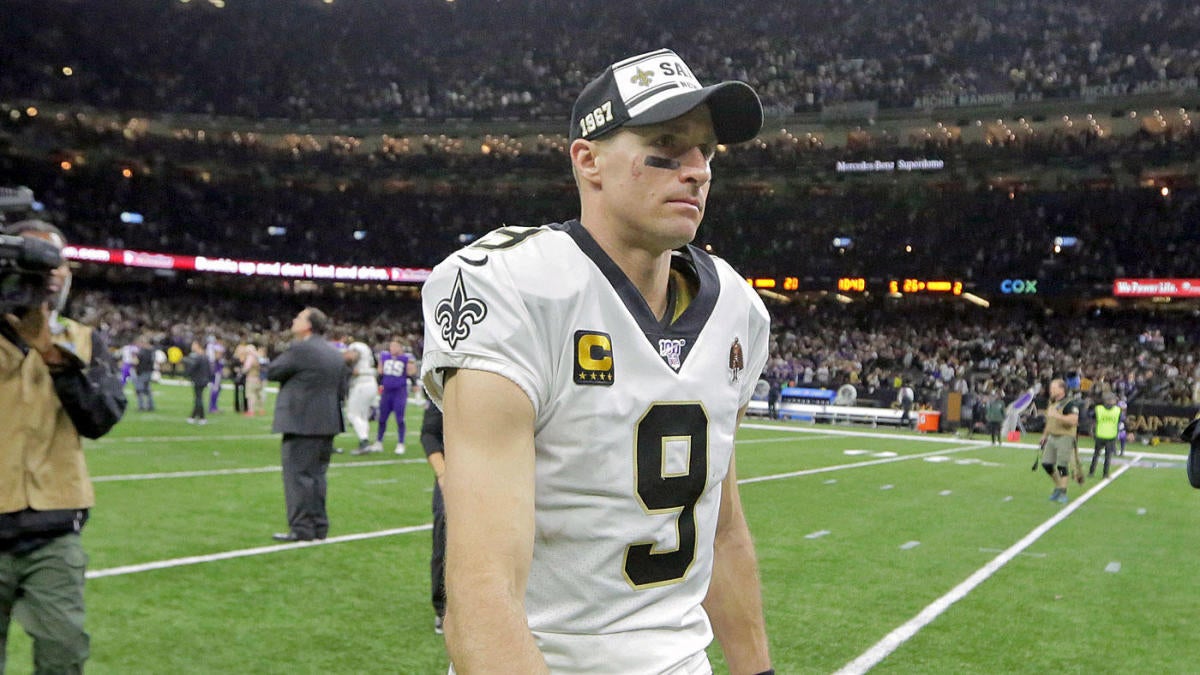 It’s not often that an NFL receiver will publicly call out his quarterback for something, but that’s exactly what Michael Thomas did to Drew Brees on Wednesday. The Saints receiver clearly wasn’t happy after seeing an interview that Brees did with Yahoo Finance. During the interview, the Saints quarterback was asked what his thoughts were on the subject of players potentially kneeling again during the national anthem for the 2020 season.

Brees then made it very clear that he’s against that form of protest because he views it as disrespectful to the American flag.

“I will never agree with anybody disrespecting the flag of the United States of America or our country,” Brees said. “Let me just tell you what I see or what I feel when the national anthem is played, and when I look at the flag of the United States. I envision my two grandfathers, who fought for this country during World War II, one in the Army and one in the Marine Corp. Both risking their lives to protect our country and to try to make our country and this world a better place.”

Brees also added that standing with your hand over your heart is an equally good way of showing unity.

“Every time I stand with my hand over my heart, looking at that flag, and singing the national anthem, that’s what I think about, and in many cases, it brings me to tears, thinking about all that has been sacrificed,” Brees said. “Not just those in the military, but for that matter, those throughout the civil rights movements of the ’60s, and everyone, and all that has been endured by so many people up until this point. And is everything right with our country right now? No, it’s not. We still have a long way to go, but I think what you do by standing there and showing respect to the flag with your hand over your heart, is it shows unity. It shows that we are all in this together, we can all do better and that we are all part of the solution.”

Since making the comments, Brees has faced some major backlash, including some that came from two of his own teammates: Thomas and Emmanuel Sanders.

Sanders just signed with the team back in March after reaching the Super Bowl with the 49ers last season.

As for Thomas, although he called Brees out, he also gave his quarterback the benefit of the doubt.

Saints safety Malcolm Jenkins posted a very emotional video on Instagram in response to Brees’ comments and said that if he didn’t understand what was wrong with what he said, then he is “part of the problem.”

LeBron James was one of many athletes who were surprised by Brees’ comments.

Back in the NFL, Packers quarterback Aaron Rodgers posted a photo of himself linking arms with his teammates, saying, “A few years ago we were criticized for locking arms in solidarity before the game. It has NEVER been about an anthem or a flag. Not then. Not now. Listen with an open heart, let’s educate ourselves, and then turn word and thought into action.”

Richard Sherman, like Jenkins, added that Brees’ comments are “part of the problem.”

A few hours after making his comments, Brees attempted to clarify his remarks.

“I love and respect my teammates and I stand right there with them in regards to fighting for racial equality and justice,” Brees said, via ESPN.com. “I also stand with my grandfathers who risked their lives for this country and countless other military men and women who do it on a daily basis.”

Brees was asked about the possibility of players kneeling because there’s a chance that some NFL players could end up making the decision to kneel during the national anthem this season as a way to protest racial injustice and police brutality against minorities.

Colin Kaepernick started the protest in 2016 and his actions have been lauded by some NFL coaches and players around the league following the death of George Floyd in May. The African-American man was killed in Minnesota last week after a white police officer, Derek Chauvin, kneeled on his neck for more than eight minutes.