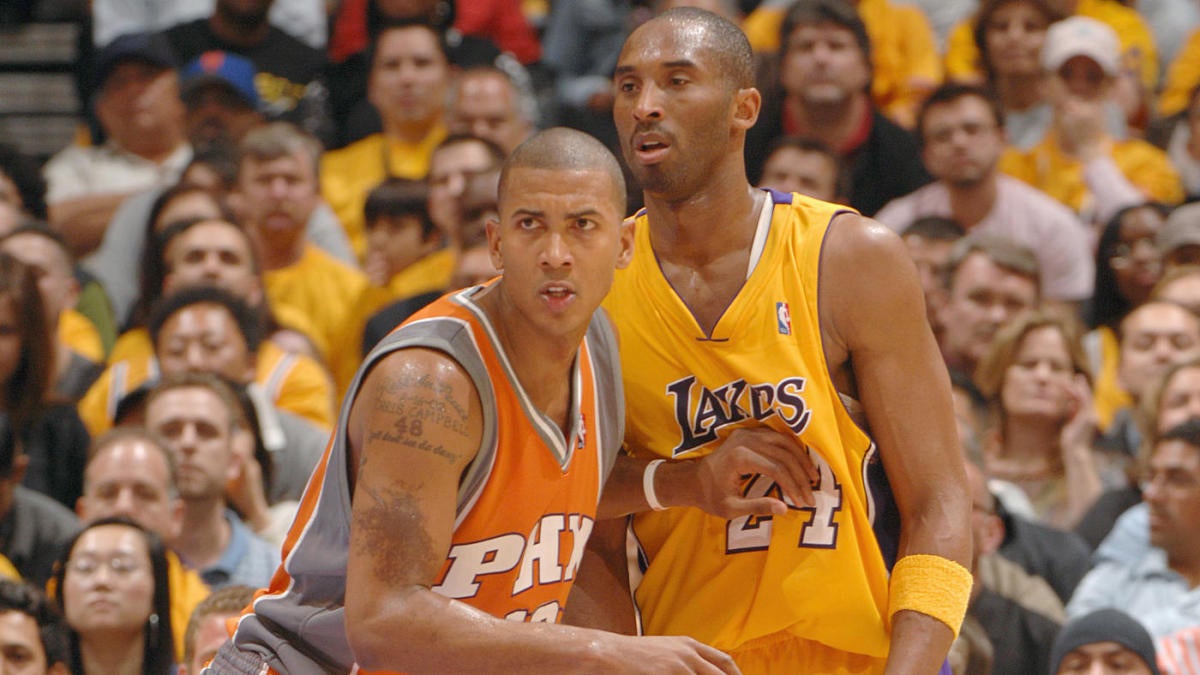 In every NBA Draft, teams look for players who can get out on the wing and defend and shoot 3-pointers at a high percentage. This player is typically long, stands at about 6-6 and is both a pest on defense and nearly automatic from beyond the arc. Having someone of that description has become a necessity on most teams as a role player, as someone who stars like LeBron James, Stephen Curry or James Harden can kick it out to in the corner.

The need for this 3-and-D specialist has grown significantly over the years because of the space-and-pace style of basketball that’s become commonplace in the NBA today. Teams are no longer relying on bulky centers to back guys down in the post, or letting guys go to work 12 feet out from the basket and settling for a mid-range jumper. It’s all about 3-point shooting now, which is why if you’re able to shoot 3s and defend in the NBA you’ll always have a job.

In the league today, players like Danny Green, Robert Covington, Trevor Ariza and Wesley Matthews have become the prototype for the 3-and-D specialist. They’re going to give all-out effort on defense, and oftentimes are tasked with guarding the best player on the opposing team. On offense they’ll either be posted up at the 3-point line or fight through screens to get open for a jumper.

These players are absolutely essential to the success a team has today, especially in the playoffs when defenses hone in on star players a bit more and supporting casts are required to step up. However, current players in the league wouldn’t be where they are if it weren’t for the 3-and-D specialists who came before them. No other era used 3-point shooting like we see in the NBA now, but going as far back as the ’80s, there were guys who had lengthy careers because they excelled at those two skills. While there are countless 3-and-D specialists throughout NBA history who could have made this list, especially in the 2000s, these five players were the most crucial to their team’s success.

Cooper is considered the originator of the 3-and-D role in the NBA. He was one of the toughest defenders in the league during his 12-season career, never backing down from meeting an opposing player at the rim for a block, or coming away with a steal. His hard-nosed defense earned him eight All-Defensive nods and Defensive Player of the Year honors in 1986-87, in a year where he shot 38.5 percent from 3-point range. He was only taking about three 3s a game, but on a Los Angeles Lakers team with Magic Johnson, Kareem Abdul-Jabbar and James Worthy, Cooper picked his shots perfectly and knocked them down when needed.

Cooper’s crazy athleticism helped him when he was skying out to the perimeter to block shots, and was a consistent alley-oop threat on offense. In the Lakers’ eight-man rotation in the ’80s, Cooper’s bench production and ability to serve as a backup point guard was vital when Magic was on the bench, and his playing style would fit perfectly in today’s game. He was a pest on defense, holding his own against guys like Larry Bird, and while he was lower on the totem pole on offense, his shooting was a luxury for the Showtime Lakers. Cooper’s game would translate to any era, and his role on the Lakers spawned the 3-and-D specialist that’s still so sought-after in the NBA today.

You don’t get the nickname “Big Shot Bob” without having a track record for knocking down 3s in high-pressure situations. While he’s remembered for his clutch moments, Horry delivered consistently throughout his career, and he experienced a wealth of winning — seven championships (three with Lakers, two with Rockets, two with Spurs) — because of it. Horry was never a high-volume 3-point shooter, and compared to 3-and-D players today, his stats pale in comparison to someone like Danny Green. However, he was a skilled marksman from beyond the arc and, more importantly, a reliable defender on the other end of the floor.

While Horry might not be as efficient of a 3-point shooter or as others on this list, he was a 6-9, 220-pound power forward who could stretch the floor and play both forward positions, which was uncommon of in the ’90s. He was a versatile defender because of his size, capable of fronting guys in the post, and holding his own out on the perimeter on smaller forwards and guards. His stat lines might not be impressive at the end of games, but his clutch moments, specifically in the playoffs, made him one of the most invaluable players on any team he was on. Even Tim Duncan said Horry “saved him” after the legendary Spur missed five free throws in the fourth quarter of Game 5 of the 2005 NBA Finals against the Detroit Pistons. Horry hit the game-winner to give the Spurs a 3-2 games lead in that series, which San Antonio eventually went on to win in seven games.

Arguably the greatest 3-and-D player in NBA history, Bowen’s 3-point shooting was just as dominant as his defense. After going undrafted, and being traded from the Miami Heat to the Boston Celtics to the Philadelphia 76ers, Bowen finally found a permanent home with the San Antonio Spurs. There, he became one of the league’s best defenders and shooters. In the 2002-03 season, he led the league in 3-point percentage (44.1 percent), and when the Spurs faced the Lakers in the 2003 Western Conference semifinals, Bowen’s defense against Kobe Bryant help put an end to the Lakers’ potential four-peat.

He made a living off corner 3s in the early-to-mid 2000s, benefiting greatly off passes from Tony Parker and Manu Ginobili. On Spurs teams filled with Hall of Fame talent, Bowen could get his shot off with relative ease, but he still had to knock them down. Time and time again he came through in the regular season when called upon, and he was even better in the postseason. In 135 career playoff games, he shot 42.4 percent from beyond the arc. Bowen used his length to irritate opposing players on defense, constantly getting up under them to throw them off their rhythm, which is why he made eight All-Defensive teams in his career. Bryant considered him as one of the toughest defenders he faced, along with the next player on this list.

Bell recently credited much of his career success to late Utah Jazz coach Jerry Sloan, who died on May 22. He said that Sloan’s “take-no-prisoners, give-no-layups-away and fight-for-every-inch-on-the-floor mentality,” helped elevate his game. Specifically, on the defensive side of the ball. Bell’s defensive prowess earned him two All-Defensive honors, and his penchant for irritating opposing stars earned him somewhat of a rivalry with Bryant whenever they would face each other while Bell was a member of the Phoenix Suns. It got heated between these two players on several occasions, most notably in the first round of the 2006 playoffs when Bell famously clotheslined Bryant, which landed him a one-game suspension.

Despite the heated confrontation, Bell and Bryant built respect for each other over the years, so much so that Kobe tried to recruit his former rival to play for the Lakers in 2010. Bell’s defense, along with his smooth 3-point jumper made him a hot commodity at the peak of his career, and rightfully so. In back-to-back seasons from 2005-2007, Bell ranked in the 95th percentile in spot-up shooting in the league. He was generating 1.204 points per possession on spot-up jumpers, while averaging 14.7 points per game.

Battier’s career is a prime example of the longevity a player can have in the NBA if they can be a tough defender and shoot 3s at a high clip. Despite averaging 14.4 points in his rookie season, the Duke product averaged below 10 points a game for the majority of his career. However, he remained in rotations with every team he played on because of his defense and 3-point shooting. His non-stop hustle on defense made him an invaluable piece on the Miami Heat championship teams in 2012 and 2013, and his 3-point shooting added another layer to the Heat when defenses were focused on stopping LeBron James or Dwyane Wade at the rim.

Like most of the players on this list, Battier had his fair share of scuffles, and was known as an irritant on defense, but his effort on that end of the floor is precisely why he had such a long career.