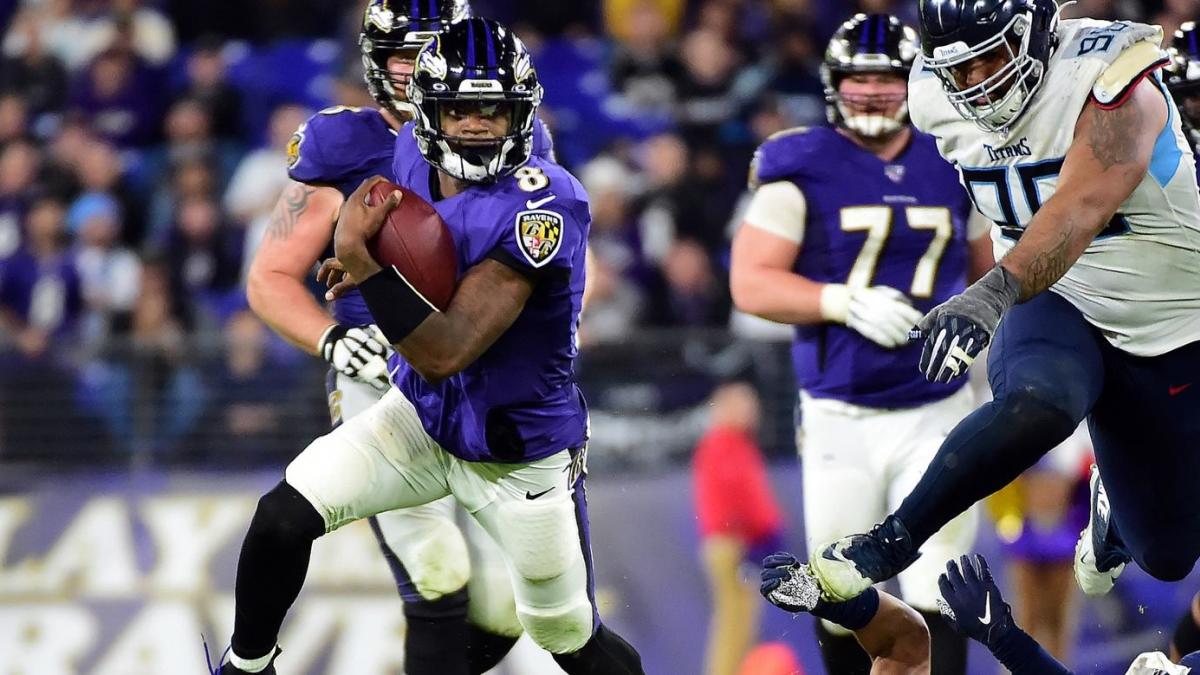 There isn’t much Lamar Jackson can do to improve upon a tremendous 2019 season, one in which he was the unanimous MVP of the league. Jackson led the Baltimore Ravens to the highest-scoring offense in football, setting a league record for rushing yards by a quarterback in a season.

Even with all the success, the Ravens bowed out of the NFL playoffs in the divisional round — despite having home-field advantage in the AFC. Harbaugh saw the flaw in Jackson’s game during that playoff loss to the Tennessee Titans, and it’s an area he wants the MVP to improve this offseason.

Jackson became the first quarterback to throw for over 3,000 yards and rush for over 1,000 yards in a single season. He also had the most rushing yards by a QB in a season in NFL history (1,206), leading the league with 6.9 yards per carry and finishing with seven touchdowns. Jackson completed 66.1 percent of his passes for 3,127 yards, 36 touchdowns and six interceptions for a 113.3 passer rating. He led the NFL in touchdown passes and touchdown percentage (9.0) and his 43 total touchdowns led the league.

It’ll be hard to top what Jackson did in 2019, so for Harbaugh to say Jackson needs to improve on deep passes may be a bit of a stretch. Jackson completed 39.7% of his deep passes for 829 yards, 12 touchdowns and two interceptions last season, ranking amongst the best in the NFL.

Perhaps Harbaugh wants the completion percentage to be better, but Jackson’s best may be yet to come.