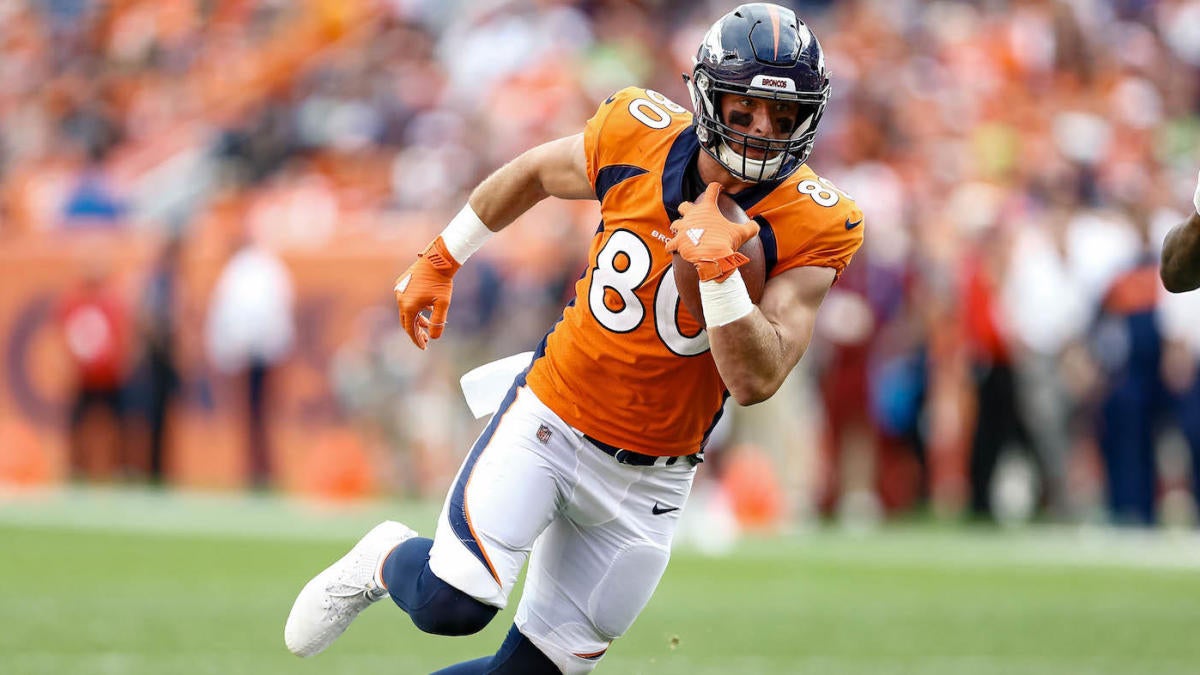 The 2020 offseason is unquestionably a strange one for a multitude of reasons. For Broncos tight end Jake Butt, however, one of the oddities of this time is that the 24-year-old is finally healthy, something he couldn’t say for the bulk of his NFL career.

The road hasn’t been an easy one for Butt, who was selected in the fifth round of the 2017 draft out of Michigan. His stock fell after suffering a torn ACL in his right knee in his final game with the Wolverines during the Orange Bowl. That was Butt’s second ACL tear in that knee, suffering the first during spring practices in 2014. The 6-foot-6, 250-pounder used his first season in the NFL to rehab and was able to return to the field to start the 2018 campaign. He was able to suit up in Denver’s first three games that year, catching eight passes for 85 yards, but then tore his left ACL during an October practice. That season was now over.

In 2019, Butt seemed to be on the road to recovery, but after feeling some knee soreness over the preseason, he was shut down for the year and placed on IR.

As the page turns to 2020, Butt isn’t going through what has become his norm of constant rehab. Instead, his health is looking up.

“My knee’s good,” he told Ryan O’Halloran of the Denver Post. “Doing everything running and lifting. This offseason has been a little bit weird for everybody, having to bounce around and train anywhere you can, but I’ve still been getting good work in, feel good about things and excited about playing ball again.”

To Denver’s credit, they haven’t cut bait with Butt, which should be a sign that they believe in his talent when healthy. Now that he is, Butt is hoping that he can reward the Broncos by earning a spot on the 53-man roster and making impact plays on the field this season.

“I don’t know a lot of people that have been through my situation and the team would still be hanging there with them in Year 4,” he said. “It really speaks a lot for the organization and what they think of me and I’m very appreciative. It’s not a guarantee — they’re not telling me I’m making the team by any stretch or rolling out the red carpet. I still have to go out there and work and earn it.

“But the fact they’re standing by me and giving me an opportunity, it obviously means the world to me and I’m going to try and go out there and prove them right and prove myself right.”

The path to getting on the opening 53-man roster won’t be an easy one for Butt as the Broncos have a number of tight ends vying for a spot. This offseason they signed veteran Nick Vannett and drafted Albert Okwuegbunam in the fourth round. Those two now join Butt, 2019 first-rounder Noah Fant, Jeff Heuerman, Andrew Beck, Austin Fort and Troy Fumagalli on the roster.

Butt will certainly have his work cut out for him whenever training camp begins for Denver, but, for the first time in what seems like forever, he at least doesn’t have the added pressure of rehabbing an injury as he tries to make a bid for the Week 1 roster.