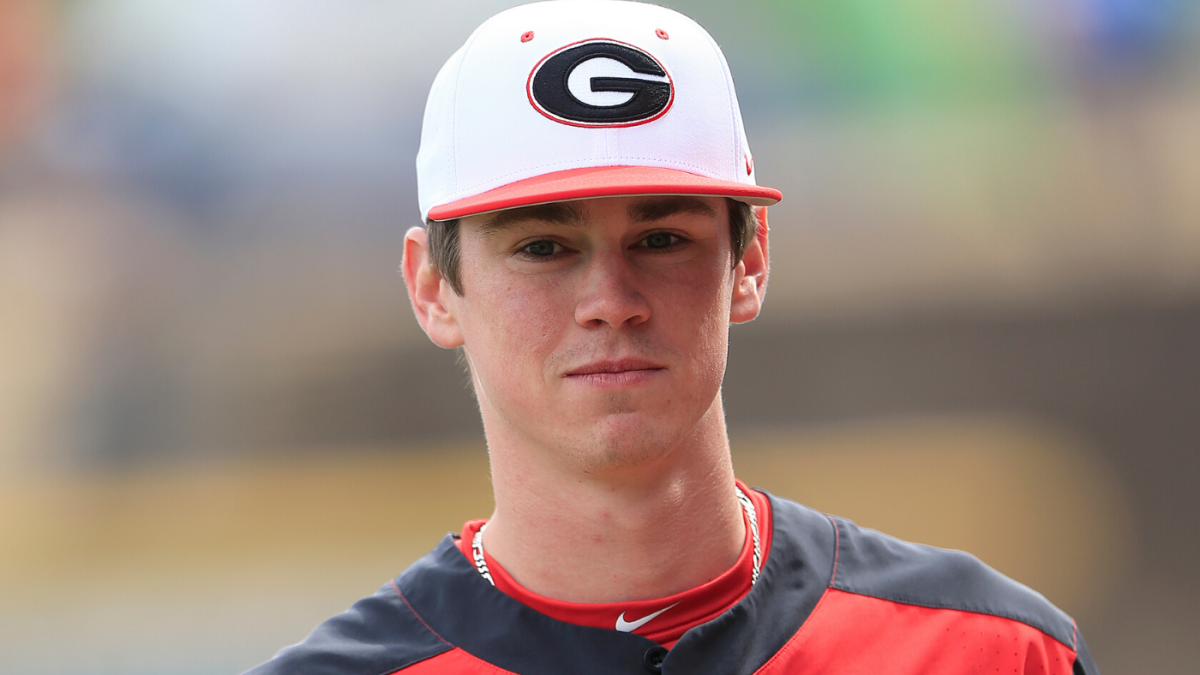 Every year he goes in with a project. Two years ago, it was ‘I need a slider.’ What we tried to do this year was get his changeup going. It’s a great pitch, and he knows it’s a great pitch, we just hadn’t needed it as much because he can get away with fastball-slider.
What about his delivery allows him that command?
(Note: the interview has been edited for clarity and length purposes.)
The first thing that sticks out is that the guy just doesn’t ever throw balls. He just doesn’t, and when he does, he does it on purpose. He’s just a strike-throwing machine. It’s a constant assault on the hitter because they’ve got to be in swing mode. It’s the power stuff that you’re starting to see more and more now in college baseball. It’s a 95 mph fastball and a high-80s slider and a really good mid-to-high-80s changeup. It’s power stuff, but the way he commands it is probably what sets him apart. He has a prototypical pitcher’s body, 6-foot-5 and 215 pounds, with long arms and lean, so it profiles as exactly what you want. But I think the thing that people will talk about the most is just his ability to throw strikes.
I didn’t recruit him. I got hired maybe a month before he was enrolling, so I didn’t have a two-year relationship built [with him] like you do in recruiting a lot of times. He wasn’t a little guarded around me. Just quiet, always listened, always was respectful and would do anything I ever asked him to do. But the biggest transformation I saw from his freshman to his sophomore year was just his personality started to come out. He’d smile more, he’d laugh more, he’s in the locker room more with the guys. He turned into one of the guys, where before he was just learning the coaching staff and learning me, which is a natural progression I think anyway. His roommate, Ryan Webb, who is also going to be a pretty good draft pick, has a ton of personality. It’s a little bit of an opposites attract relationship between the two of them, because they’re tight. I think Ryan’s personality really helped Emerson just let his personality come out and let him know it’s okay to have some fun and laugh and smile and things like that.

What did you work with him the most over the last six months?

It’s really simple. There’s not a lot of wasted movement, which I like. We don’t talk about his delivery much outside of just normal everyday maintenance. What that allows him to understand is how to tweak it if something feels off. There’s not a lot of things he has to go back through to figure out what may be off. It’s just so simple that he kind of knows where to go with it when he needs to tweak it.