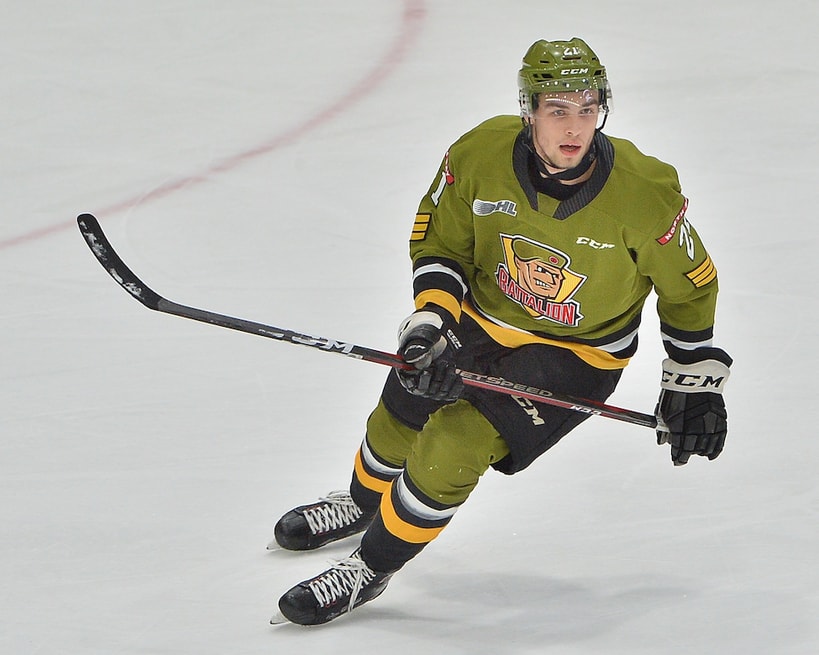 The 2020 NHL Draft will have multiple rounds of 1st-round caliber players. That’s what made the THW Writers’ Mock Draft such a challenge; there’s no one “correct” fit for any draft slot. I should have chosen a center for the Colorado Avalanche’s 1st-round selection instead of a blueliner, but I compensated by drafting three middle-six forwards in the 3rd through 5th rounds.

The final two picks have upside, and at least one should earn his keep in the NHL. The Avs’ roster is so deep that they can afford to wait on developmental players who may take longer than those drafted near them before breaking into the league.

I wish I had a do-over for this pick. After immersing myself in all things draft this month, I have much more knowledge of prospects than I did at the start of this mock, which took three weeks to complete. Wallinder is going to be a great NHLer; his skating is excellent, and he’ll thrive on a power-play unit, but the Avs simply don’t need him. The team will have a lot of offensive production from its defensemen and will need blueliners who are very good in the defensive zone. That’s not Wallinder.

I expect the Avs to draft a forward in the 1st round. In my Avalanche 7 Round Mock Draft article, I had the club selecting Marat Khusnutdinov with their first pick but Minnesota Wild contributor (my younger brother, Justin) selected him in THW Mock Draft at pick No. 25. Doing this over, I would’ve drafted Finnish C Roni Hirvonen here at No. 29.

Hirvonen (5-foot-11, 165 lbs) would have been the third Finnish player the Avs have selected in the first three rounds in the past three drafts (G Justus Annunen and LW Sampo Ranta in 2018). He’s already a slick skater and lethal playmaker playing against men in the top Finnish Liiga. Hirvonen can develop into a strong middle six forward if he builds more muscle mass.

He’s already an excellent two-way player, and I could see him shining on the Avs’ third/checking line after Nazem Kadri’s contract ends in 2022. After Alex Newhook, the Avs don’t have an impact NHL prospect down the middle, so Hirvonen fills a position of need within the organization.

Traded to the Washington Capitals in the Andre Burakovsky deal

Coe’s ceiling is high as he’s already developed an NHL frame and wrist shot. He knows how to use his body to screen goalies and maintain possession. He’s an interesting prospect because he’s not the typical shoot-first player you expect out from a power-forward. That speaks to his high hockey IQ and well-rounded game. He’s also a good two-way player with solid forechecking capabilities. Ranked as the No. 35 North American Skater by NHL Central Scouting (NHL CS), Coe is unlikely to fall to the Avs in the 3rd.

The Draft Analyst ranks Tutynev as the No. 7 Russian player in the draft and THW’s Top 400 NHL Draft Prospects for May listed him as the No. 104 overall player, so I thought he provided value at No. 122 overall. Scouting reports on him don’t discuss much of a defensive game, though he did see time on the penalty-kill at the international level. He makes his bones by being feisty on the outside as he enters the offensive zone and extends possession because he’s so strong behind the net.

He’s a sharp passer on the power play and holds his own on the penalty kill. I think he’s going to be an offensive dynamo in 2020-21 once he sees regular time on a scoring line. His 2019-20 shooting percentage will probably decrease from 24.5%, but he’s earned a top-six forward role which he didn’t always have this season. This is the type of upside pick that I like making in the 4th round.

Baumgartner was one of the steals of the draft, and not just because I chose him. He already has 1.5 seasons of adult-league play under his belt as a 20-year old, and may not need much refinement before punching his NHL player pass. He makes up for what he lacks in size with pro-level skating and vision.

At 1:17 in the clip below, Baumgartner is #98 (HC Davos is in yellow), and he is skating down the far boards with the puck. Once inside the zone, he makes a centering pass to a streaking teammate (defenseman Félicien Du Bois) who scores. When he looks up to view his options, he sees a couple of things and makes a quick decision that sets up a nice finish. Along with Du Bois trailing down the middle, he sees how his opponents are situated.

He has one defender in front of him and sees two trailing forwards on his tail. Baumgartner makes a hard stop to draw in coverage. It pulls in his defenseman and shoots the first backchecking forward past him. The second trailing forward pinches in to close on him, but that leaves Du Bois wide open and unchallenged in the slot.

By the time his opponents realize how out of position they are, the puck is already in the net. Baumgartner looks like he’s ready for the speed and unforgiving nature of the NHL.

Määttä ranked No. 115 in the Draft Analyst’s Midseason 300 draft prospects list, he slid off ranking lists by March due to the lack of mainstream media coverage. FinnProspects.com ranked him the 16th Finnish prospect in its final 2020 Draft rankings, slotting him as a 5th– or 6th-rounder. He certainly has upside though:

A sizable center with solid two-way skills. Määttä has never been and probably will never be a big scorer, but he has potential to become a good bottom-six two-way center with penalty kill duties.

Määttä is a big two-way center with good puck control and room to grow. He’s not quick yet, but he is fast when he gets up to speed. The 2019-20 season was his first in North America, and he scored 25 points (11 goals – 14 assists) in 43 games. He had eight power-play points and a 15.5% shooting percentage, so the offensive talent is there.

He has good international experience, having played on the U-13, U-17, and U-20 Finnish National Teams. Most recently, an SB Nation six-round mock draft in March 2020 projected Määttä to the Avs in the 5th round at pick No. 120, 49 picks earlier than I drafted him.

I think Baker has great upside as a defensive defenseman project. It’s rare to find a skater with a big NHL frame who’s already an elite defenseman in the 7th round. Baker was named Most Improved Player on the Tigers this season.

Based on his 2019-20 stats of 62 games played in the WHL and 38 points scored, his NHLe is 15 points. Even if he doesn’t develop much offensively, he has the chance to earn a role as a bottom pair defender in the AHL. Pretty good for such a late pick.

The Avs have a good opportunity in the actual 2020 NHL Draft to continue to retool their farm system. I think that they’ll add a high-ceiling center in the 1st round, like Roni Hirvonen, but Tyson Foerster and maybe even Hendrix Lapierre may still be available at No. 29. There are several complementary middle-six forwards on the board this season, so the Avs shouldn’t be hurt by not having a 2nd-rounder. Finally, they’ll find some nice developmental jewels with NHL potential in the 6th and 7th rounds.