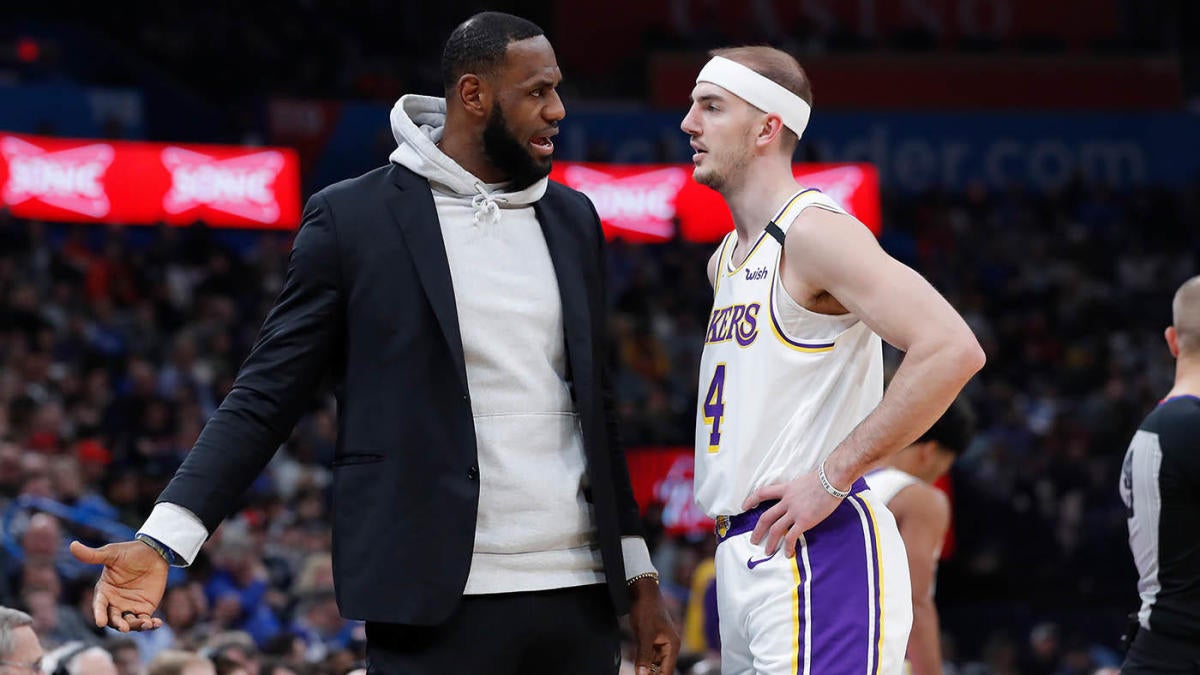 What do Chris Paul and Kyle Kuzma have in common? For the sake of this story, two very important things. They will both appear in 2021’s “Space Jam: A New Legacy” alongside LeBron James. They are also both less popular than Alex Caruso. This is empirical fact. Kuzma drew 505,901 All-Star votes from fans, while Paul got 446,095. Caruso got 1,284,932 All-Star votes, more than both of them combined. He is the player that the fans want to see.

Yet when the time came for James to recruit NBA players for his Space Jam sequel, Caruso apparently missed the cut. When ESPN’s Zach Lowe asked Caruso on his Lowe Post podcast whether or not he would appear in the movie, and sadly, the Lakers‘ guard confirmed that he would not. “Unfortunately there will not be an AC Fresh cameo in ‘Space Jam,'” Caruso said.

The explanation, aside from Caruso’s status as a backup, likely boils down to timing. While the movie will not be released until 2021, the bulk of the filming took place last summer. While Caruso ended the 2018-19 season on a high note, he only technically played in 25 games for the Lakers. As promising as the Carushow appeared, he was still just a two-way player making a strong impression. James and the producers of the film couldn’t have known what he was going to become.

Perhaps they realized their error this season, but reshoots involving NBA players couldn’t have happened until the offseason. The coronavirus pandemic likely ended any chance at getting Caruso into the movie, as the logistics of doing any reshoots right now seem impossible to coordinate.

As much sense as this all makes on paper, it will likely do little to satisfy rabid Caruso’s fan base. Fortunately for Laker Nation, James, Kuzma and Anthony Davis will be all featured prominently in the film. Damian Lillard, Klay Thompson, Diana Taurasi, Nneka Ogwumike, and Chiney Ogwumike are all also slated to appear in the sequel.