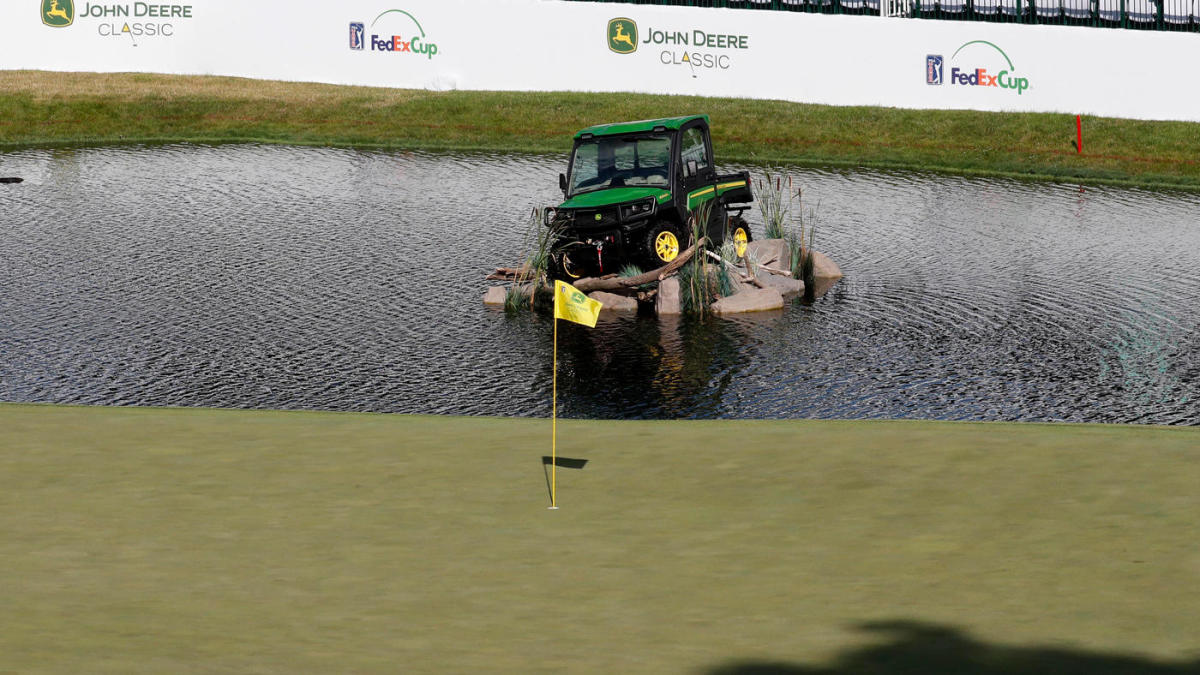 The John Deere Classic has been canceled for this year as a result of the coronavirus pandemic, according to ESPN’s Bob Harig. It was slated to take place July 9-12, but will no longer happen due to restrictions in Illinois on large gatherings.

Illinois is limiting gatherings to 50 people, which led to the cancelation. The tournament was the fifth one on the PGA Tour’s revised schedule.

The John Deere Classic was set to be the first PGA Tour event that would have fans in attendance, but tournament director Clair Peterson told ESPN they just couldn’t make it all work, with the restrictions on gatherings.

“We have a small clubhouse, small parking lot. It’s very difficult to get everything established from a social distancing standpoint, including locker rooms and everything else,” Peterson told ESPN. “So when all those things come into play, whatever version of the tournament we put on, we wouldn’t be able to pull off with fans part of it. And that’s a money-losing proposition.”

Harig also reports that the PGA Tour is attempting to find a replacement event for the John Deere Classic on the 2020 schedule. Among the venues being considered is TPC Sawgrass in Ponte Vedra Beach, Fla., which is home to the PGA Tour headquarters and The Players Championship, which had been set for March 12-15 this year, but was canceled due to the COVID-19 pandemic.

The PGA Tour schedule is set to resume June 11-14 when the Charles Schwab Challenge takes place in Fort Worth with the RBC Heritage (June 18-21), Travelers Championship (June 25-28), and the Rocket Mortgage Championship (July 2-5) to follow.