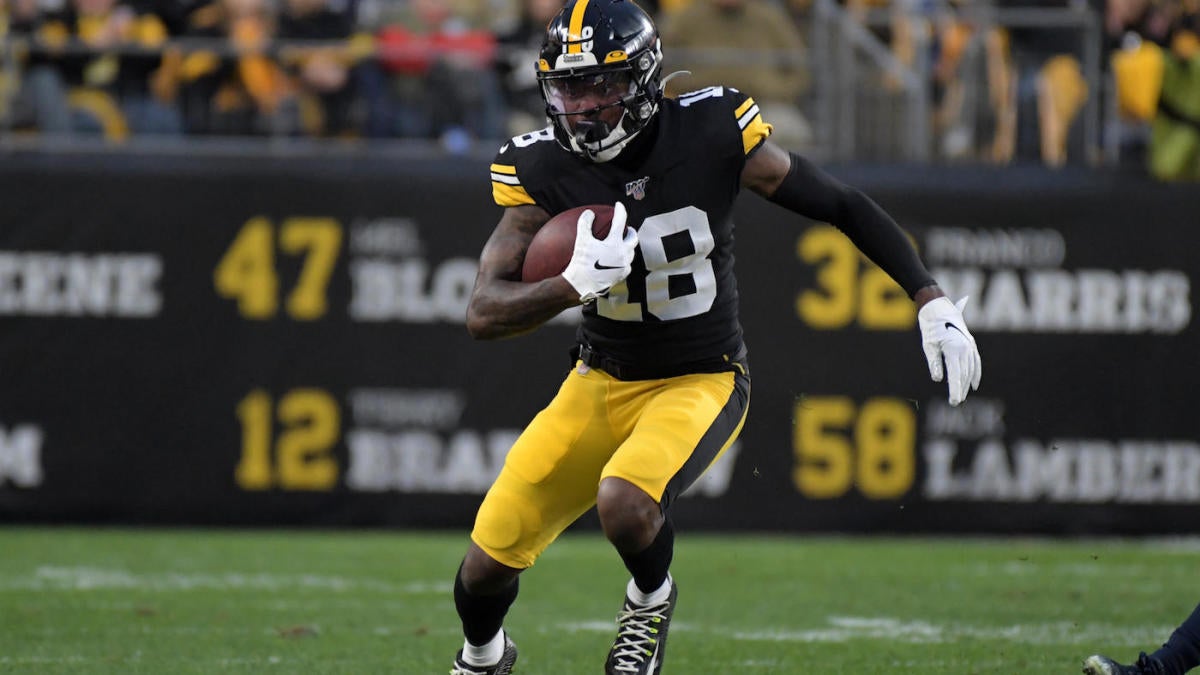 Ben Roethlisberger isn’t the only important piece of the Pittsburgh Steelers offense recovering from a big surgery. Second-year wide receiver Diontae Johnson told media Wednesday that he underwent an operation for a sports hernia this offseason, as ESPN reported, and while he’s yet to receive full clearance for a return to the field, he expects to get the green light “in the next few days.”

“I was running, and it felt like my groin got a little tight on me,” Johnson said of his injury, which he apparently suffered all the way back in Week 2 of the 2019 season.

That was the same game Roethlisberger sustained a season-ending shoulder injury. Johnson ended up managing his own issue with weekly treatment, according to the Pittsburgh Post-Gazette, and appeared in all 16 games. He then had surgery in February and has been training with Roethlisberger ever since, with plans to potentially return to Pittsburgh in the coming days for workouts.

“It’s Big Ben,” Johnson said. “He’s great. Just being able to work out with him this offseason has been good, just trying to get the timing down, get a feel for him, what he likes, what he doesn’t like, how he likes to throw the ball on certain routes. I’m just trying to pick his brain, just trying to get a bond with each other so we could build that trust together.”

Johnson, of course, spent much of his rookie season catching passes from quarterbacks not named Roethlisberger. With Mason Rudolph and Devlin Hodges splitting time in relief of Big Ben throughout the final 14 weeks of 2019, the third-round draft pick served as one of the most promising contributors to the Steelers offense. A second-team All-Pro honoree for his punt returning, Johnson finished his first season with 59 receptions for 580 yards and five touchdowns. He figures to start alongside JuJu Smith-Schuster and James Washington when the 2020 campaign kicks off this September.