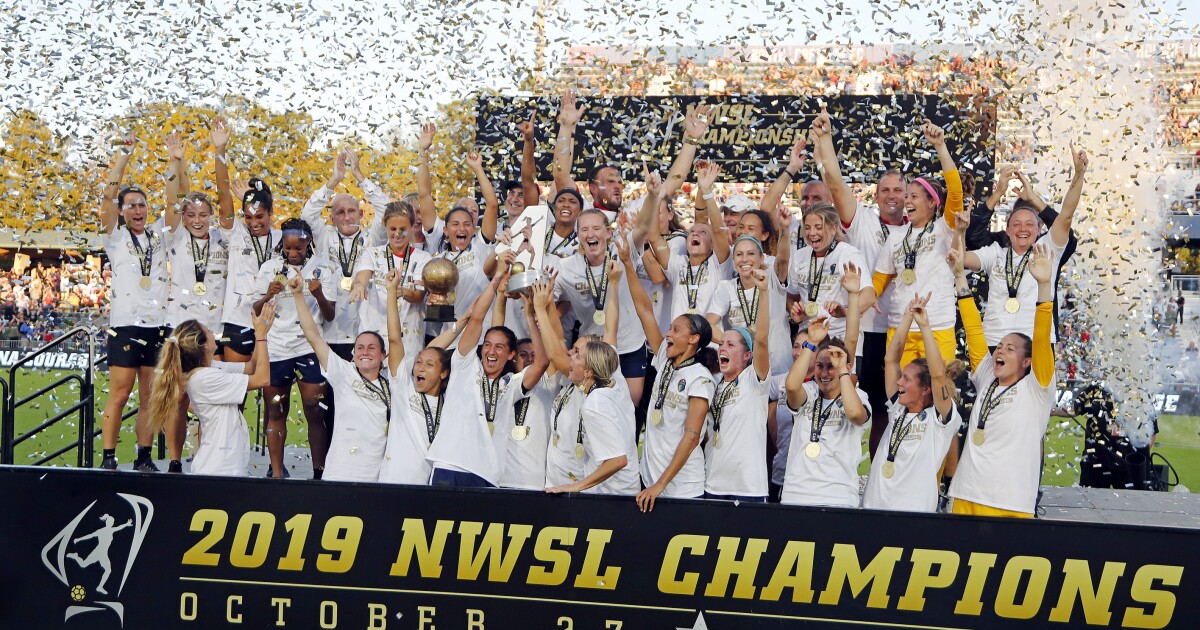 Soccer could be the first U.S. professional team sport to return from the COVID-19 break with the NWSL on Wednesday announcing plans for a 25-game tournament to be played behind closed doors in Utah beginning June 27.

The NWSL will house players from its nine teams at two hotels in the Salt Lake City area, where they will live and train during the monthlong competition. Players will be tested for the coronavirus before leaving their home market and then screened regularly while in Utah.

Games, which will be broadcast and streamed by CBS, will be played without fans at Zions Bank and Rio Tinto stadiums. The tournament will consist of four group-play games for each team followed by an eight-team knockout tournament that will conclude July 26.

“As our country begins to safely reopen and adjust to our collective new reality, and with the enthusiastic support of our players, owners, as well as our new and current commercial partners, the NWSL is thrilled to bring professional soccer back to the United States,” commissioner Lisa Baird said in a statement. “This exciting month-long tournament will showcase our league’s talented players and provide our fans the type of world-class entertainment they’ve come to expect from the NWSL.”

Not everyone shares Baird’s enthusiasm. Players can opt out of the tournament, and several veterans of last summer’s Women’s World Cup-champion U.S. team are expected to do so.

The Washington Post reported earlier that Megan Rapinoe, the reigning world player of the year, has given no indication she would come to Utah and as many as a half-dozen other World Cup veterans also could stay home. Without them the NWSL tournament would lose much of its luster.

The NWSL was scheduled to begin its 2020 season on April 18.