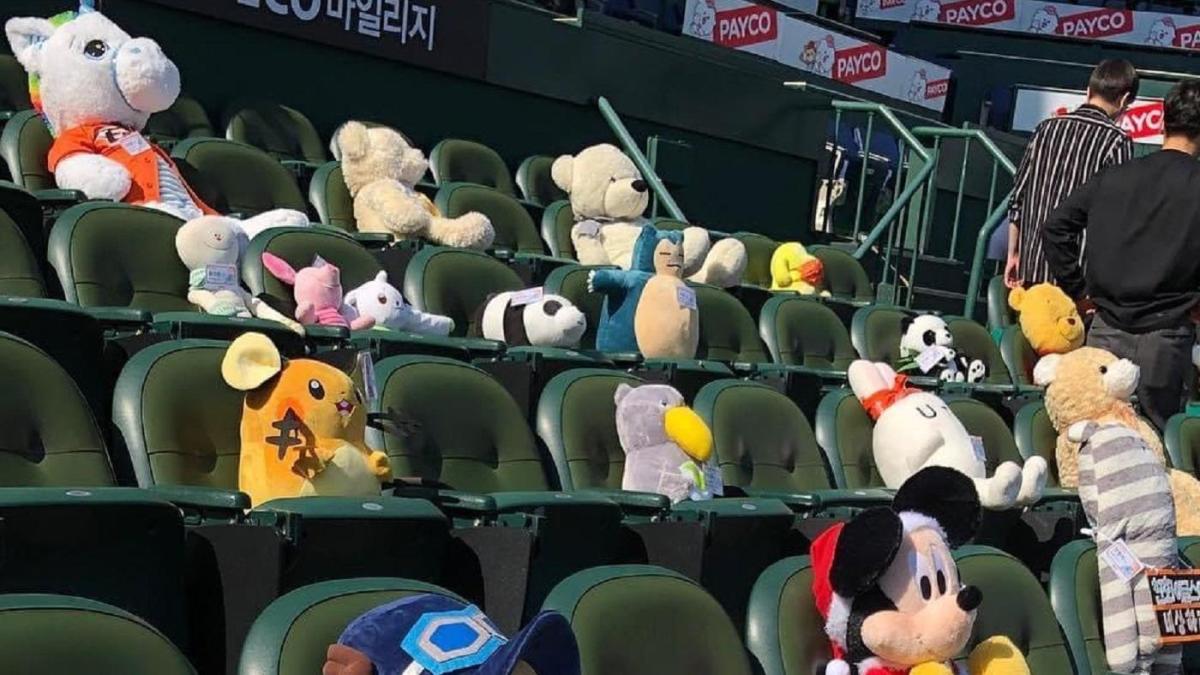 The Eagles aren’t the first team to use some sort of inanimate replacement for their fans. That being said, it does seem to be a more wholesome approach than a soccer team in the same country took. FC Seoul was recently fined, and forced to apologize, for using sex dolls as representatives of fans in the stands.
Other clubs around the world have used cardboard cutouts of fans, like Borussia Mönchengladbach of the Bundesliga in Germany. Some have even tried to take a more futuristic approach, such as Danish soccer team AGF Aarhus who are reportedly putting screens in the stands for supporters to watch the match live through Zoom. As it turns out, some clubs find the empty stands a bit boring, so they’ve turned to using different inanimate objects to replace people in the seats where they’d normally be sitting. As the Hanwha Eagles showed, sometimes that creativity can get quite adorable with a collection of stuffed animals in the stands. While the Korean Baseball Organization might be one of the most active sports leagues in the world at this moment, there are still restrictions in place to maximize safety in the face of the coronavirus pandemic. Like any live sporting event going on right now, the league is not allowing fans to attend these games at this moment.